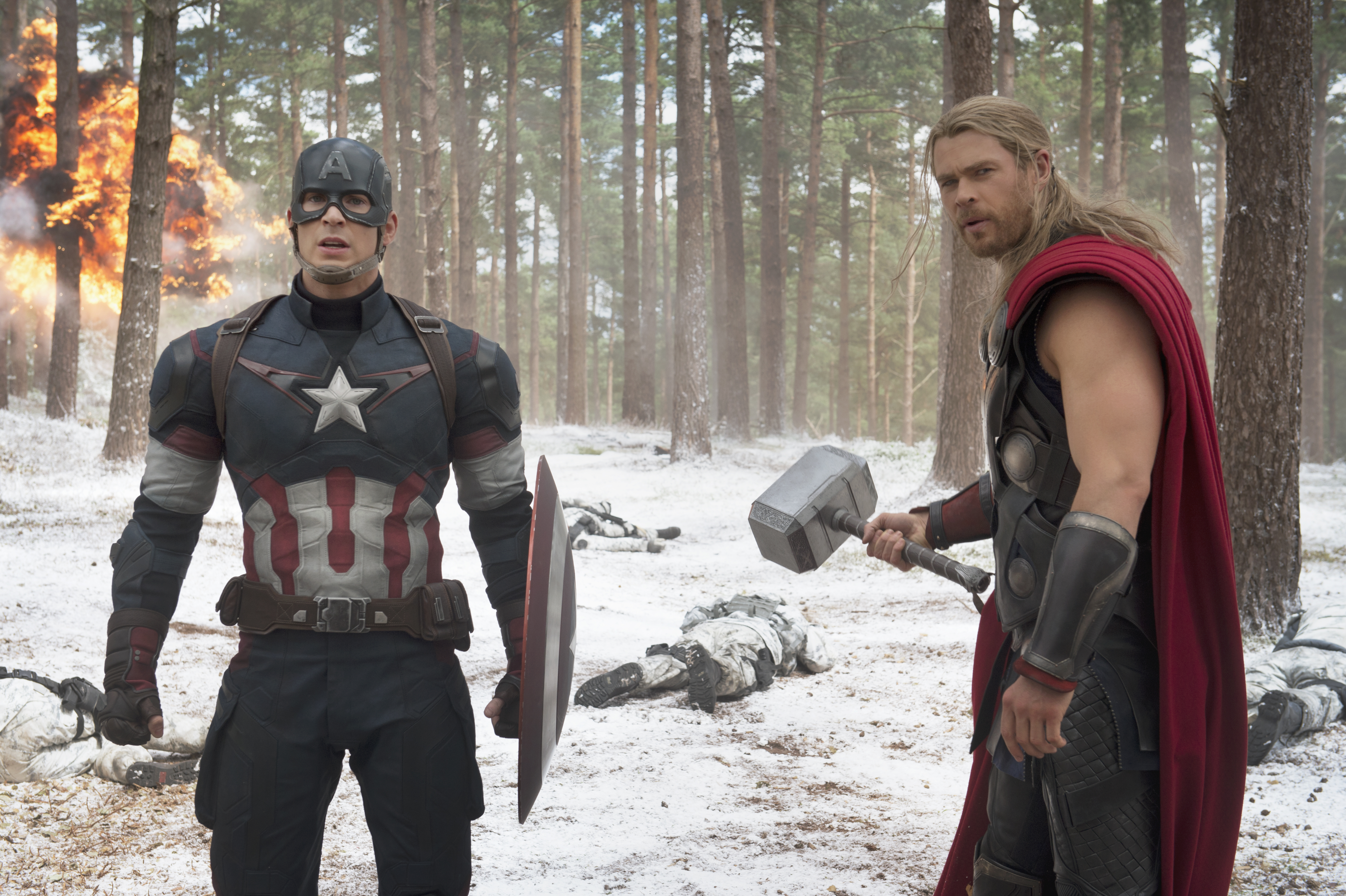 At the Movies: ‘Avengers: Age of Ultron’ a Slow Start to Summer

One of the biggest difficulties in filmmaking is creating a sequel equally as good as the original. With the second Avengers film out this month, Age of Ultron, the expectations were particularly high after Marvel’s huge hit Guardians of the Galaxy last year. With the all the hype of the trailers, new cast members and darker themes, Joss Whedon’s second effort for the superhero series surprisingly falters and feels rushed.

After saving the world in the first feature, the Avengers (Robert Downey Jr., Scarlett Johansson, Chris Evans, Chris Hemsworth, Jeremy Renner and Mark Ruffalo) are back together to track down twins Pietro and Wanda Maximoff (Aaron Johnson and Elizabeth Olsen) who were given light speed and telekinesis as the result of a sketchy science experiment. At the same time, Tony Stark (Downey) and Bruce Banner (Ruffalo) design and build an AI called Ultron (James Spader) thinking it will help get rid of Earth’s flaws. Instead, Ultron becomes sentient and completely turns on them with its own evil agenda.

Cobie Smulders and Paul Bettany return as Agent Hill and Vision. One obvious misstep in Ultron is Whedon’s attempt at building an abundance of backstory for characters in an already heavy ensemble. Johansson’s Black Widow and Ruffalo’s Hulk are given a much too melodramatic and juvenile romance. Renner’s Hawkeye has a family that adds nothing to the plot and the CGI and actors’ accents are very obvious. In the final analysis, movie fans may want to avoid Ultron and re-visit the first Iron Man or see Ex Machina.