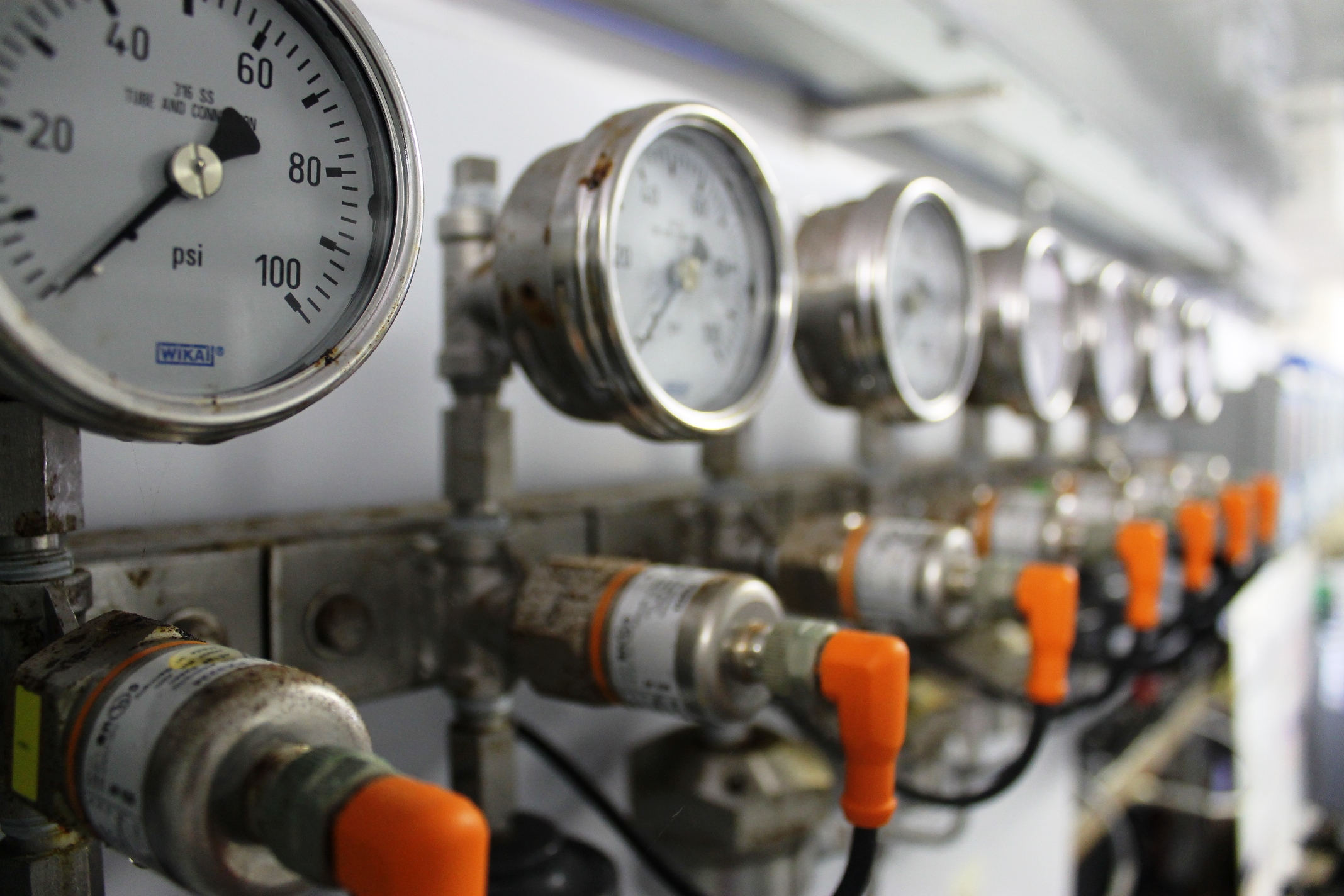 The lament of Coleridge’s damned sailors can be echoed by those looking to ensure the future sustainability of south Orange County’s water supply.

With only limited access to local sources of fresh water and vulnerability to disruption by natural disasters, many area cities and water districts are forced to turn to imported sources hundreds of miles away. The future is surrounded with uncertainty as scientists and engineers take steps to find innovative ways to harness the Pacific Ocean to keep up with the growing demands for drinking water.

South Orange County currently imports about 90 percent of its drinking water from different sources, primarily from where the state’s largest rivers meet at the Sacramento-San Joaquin Delta, as part of the California State Water Project in the north, and from Lake Mead, along the Colorado River, to the west.

The two systems require hundreds of miles of infrastructure to reach the region, making them vulnerable to natural disasters or climate change. Both cross the San Andreas Fault at least once and environmental concerns, as part of the Endangered Species Act, could cause future disruptions, since the Bay-Delta supports an estimated 500 animal species, 20 of which are endangered.

At the state level, work is being done to mitigate concerns about the effect of the water project on endangered species and the watershed around the Bay-Delta area. The state has also set a priorities list for the use of water in case of shortage or disruption. Those closest to the source of water would get first priority, followed by users in urban areas and environmental restoration efforts. Agricultural areas would get less priority.

Those disruptions could pose a major issue for an area so reliant on imported water.

According to projections by the Municipal Water District of Orange County, the county’s water wholesale supplier, only San Juan Capistrano, which sits atop the San Juan Basin, would rely on imported water for less than 70 percent of its supply of potable water by 2020. Most other water districts and municipalities in the region would remain entirely—or almost entirely—reliant on those outside water resources.

These water vulnerability concerns led MWDOC to examine the possibility of harnessing the Pacific as a source of drinking water in 2004, after an incentive program was put in place by its mother agency, the Municipal Water District of Southern California. MWDOC then began work at Doheny State Park in Dana Point to test tapping an area beneath the ocean floor as a viable and sustainable water source.

The project, now referred to as the Doheny Desalination Project, began with test borings on the beach soil to determine if the project was feasible, said Karl Seckel, the project manager and now interim general manager of the utility.

If implemented, the plant would be located on property owned by the South Coast Water District in Dana Point and utilize three wells to bring in water, which would partially be filtered by the sand and gravel above. The wells would be placed out in the ocean floor using the area’s slanted topography to pull water in without disrupting the environment, Seckel said. These slanted wells would not be visible from the shore.

Once pulled in, up to 30 million gallons of water a day would then need to be treated, leaving about 15 million gallons of potable water moving back into existing and new water lines each day—providing for an estimated 20 to 25 percent of the area’s water needs.

The remaining water, now highly-concentrated brine, would be sent back out to sea, utilizing lines used for wastewater treatment. The capital cost for construction of the facility could be as much as $150 million and MWDOC estimates that the partners would break even by 2029.

However, due to the cost of establishing the new treatment facility, ratepayers could see a 50 percent increase in the cost of water, estimated at $1,600 per square foot. Seckel said those rates could level off as the costs of importing water increase over the next 10 to 15 years.

Seckel said the Doheny system compared favorably with the proposals for desalination plants in Carlsbad and Huntington Beach, which take water directly from the ocean.

The water that could soon be collected by the Carlsbad Desalination Project and Huntington Beach Desalination Water Treatment facilities would be unfiltered by sand and gravel and could also contain other organisms, leading to a negative environmental impact.

“That’s when we came up with the concept of the slant wells being drilled out under the ocean,” Seckel said. “The main benefit of the slant wells, as opposed to vertical wells, is by drilling out toward the ocean, the wells would bring in about 95 percent of the intake from the ocean and the other 5 percent from the inland groundwater basin.”

New England-based Poseidon Resources, a water project development company which has identified, developed and owns and manages large water infrastructure projects throughout the United States and Mexico, is partnered in both the Carlsbad and Huntington Beach projects.

Situated adjacent to the AES Generating Station at Newland Street and Pacific Coast Highway in Huntington Beach, the more than $800 million plant is expected to generate some 50 million gallons of freshwater each day, with costs of water leveling out sometime near 2035.

The Huntington Beach project was recently backed by 11 Orange County representatives in the state legislature, in an August 1 letter to the California Coastal Commission showing bipartisan support for the project. The Coastal Commission could consider the plant this fall. If approval is given, the plant is expected to be online by late 2017.

Based on the initial work, Seckel said, it was determined that a full-scale project could bring in up to 30 million gallons of saltwater per day, of which about 15 million gallons would be potable following treatment.

But now that the findings from those tests are being reported, there may be new complications going forward.

The results of that work would help allow the regional partners to decide whether to pursue the project, he said. But those decisions are likely two years away and the size and scope of whatever final project goes forward, if it goes forward, will be determined by those choices.

“It is not clear that if we go forward with the project into implementation how many of those partners will remain in the project,” Seckel said. “All are in the decision making process now … as we don’t have a clear path forward, right now, for implementation.”

The status of San Juan Capistrano’s future participation in the project is also up in the air.

In early 2012, San Juan declined to provide additional funding for the project, beyond the $660,000 it provided in 2008 as an initial partner, citing a lack of funds. Seckel said work was scaled back with approval of the other partners to allow existing funding to pay for the remainder of costs associated with testing.

MWDOC still considers the city a “full partner,” Seckel said, though he did acknowledge that future funding from the city would be a dicey proposition. It is also possible that the Santa Margarita Water District could join the project in the future.

San Clemente is making its own efforts to diversify its water portfolio. The city is currently in the middle of a $25 million recycled water expansion project, which would provide additional non-potable resources for the city’s industrial parks and other areas.

Additionally, San Clemente offers an incentive program to homeowners who replace or forgo turf lawns in favor of climate appropriate plantings, and rebates for homeowners who purchase timers and sensors for sprinkler systems, as does Dana Point. The city has also entered into mutual aid agreements with other water suppliers, such as the Irvine Ranch Water District, for supplies in case of shortages.

San Clemente’s goal is to utilize 20 percent local resources by 2020. That goal falls in line with the State Water Resources Control Board’s 20×2020 Water Conservation Plan, which aims to achieve a 20 percent per capita reduction in urban water demand by 2020.

“It’s kind of like an insurance policy,” said San Clemente City Engineer Bill Cameron. “Different agencies have different opinions about how to get the reliability they want in the system.”

Both the SCWD and the city of San Juan Capistrano have tapped into the San Juan Groundwater Basin, with groundwater recovery facilities located along the San Juan Creek. The SCWD is in its final stages of adding a second recovery facility, which could provide for 10 to 15 percent of its customer’s water needs, said Wayne Rayfield, president of the SCWD Board of Directors.

At its ideal performance rate, San Juan’s groundwater recovery facility could provide up to 5.15 million gallons of potable water each day, filling about half of the city’s overall need, but has failed to consistently reach its maximum efficiency. San Juan also receives recycled water from the Moulton Niguel district and is looking to expand their program to the Santa Margarita district.

“Everyone is looking at alternative sources of water … and I think a lot of people around us wish that they had a source like we do,” said San Juan Councilman Larry Kramer.