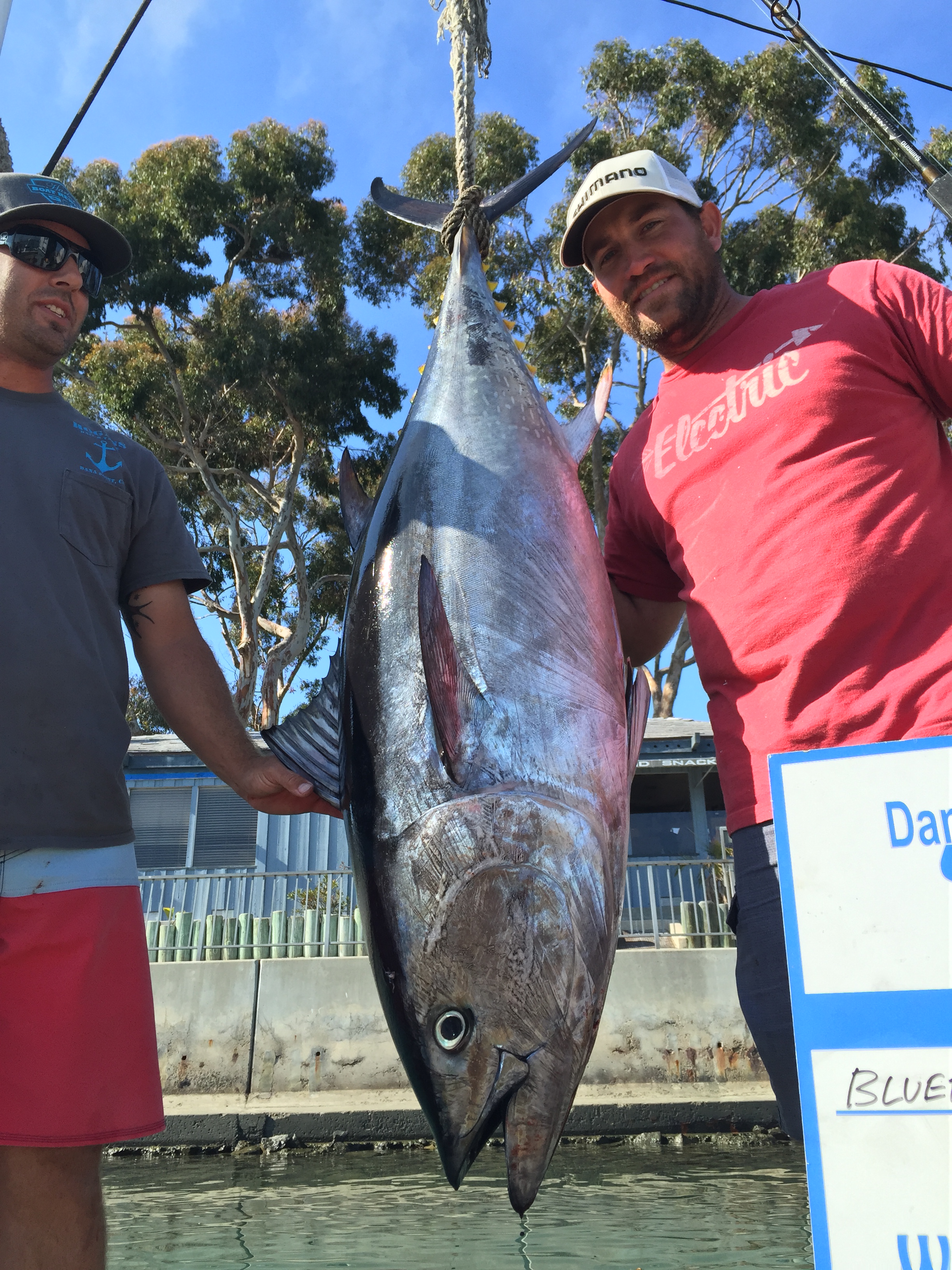 Angler Reels in Catch of a Lifetime

Harbor Boat Rentals owner Danny Pitkin and angler Marc Levine traveled only five miles onboard one of the company’s charters out of Dana Point Harbor on June 2 before they started to see the prized fish they were after.

Pitkin and Levine were chasing bluefin tuna, a large, aggressive fish that normally weighs between 10 and 20 pounds in the area, according to Pitkin. There were schools of dolphins, birds diving and bait fish jumping out of the water, indicating that a school of tuna was nearby.

After five lines were cast and snapped, the pair’s sixth and final rig got a humongous bite.

With Pitkin in command of the boat, Levine wrestled with a 122.9-pound bluefin tuna for two-and-a-half hours before reeling it in for the catch.

“This is a once-in-a-lifetime deal, as far as most people have ever seen. A big bluefin tuna like that in the channel is unheard of,” Pitkin said.

The struggle between Levine and the fish took less time than expected. Pitkin said it would normally take anywhere between four and eight hours to reel in a fish that size.

Levine was using 40-pound test with a 40-pound leader and live mackerel as bait in hopes of landing a large fish, but no one onboard was expecting one over 100 pounds to take it. Pitkin said the fish ran on the surface, much like a marlin does, for the final 15 minutes, offering those onboard their first look at the fish. The captain said he had to put down the medium-sized gaff he had in his hands to go grab the boat’s largest gaff after catching a glimpse of the tuna when it approached the boat.

Levine and Pitkin brought the fish to harbor to weigh and carve it up. They ended up sharing the meat with their family and friends.

“We had the right boat, the right captain and the right angler. Mark’s a great angler. And the fish was doing all the right things,” Pitkin said.