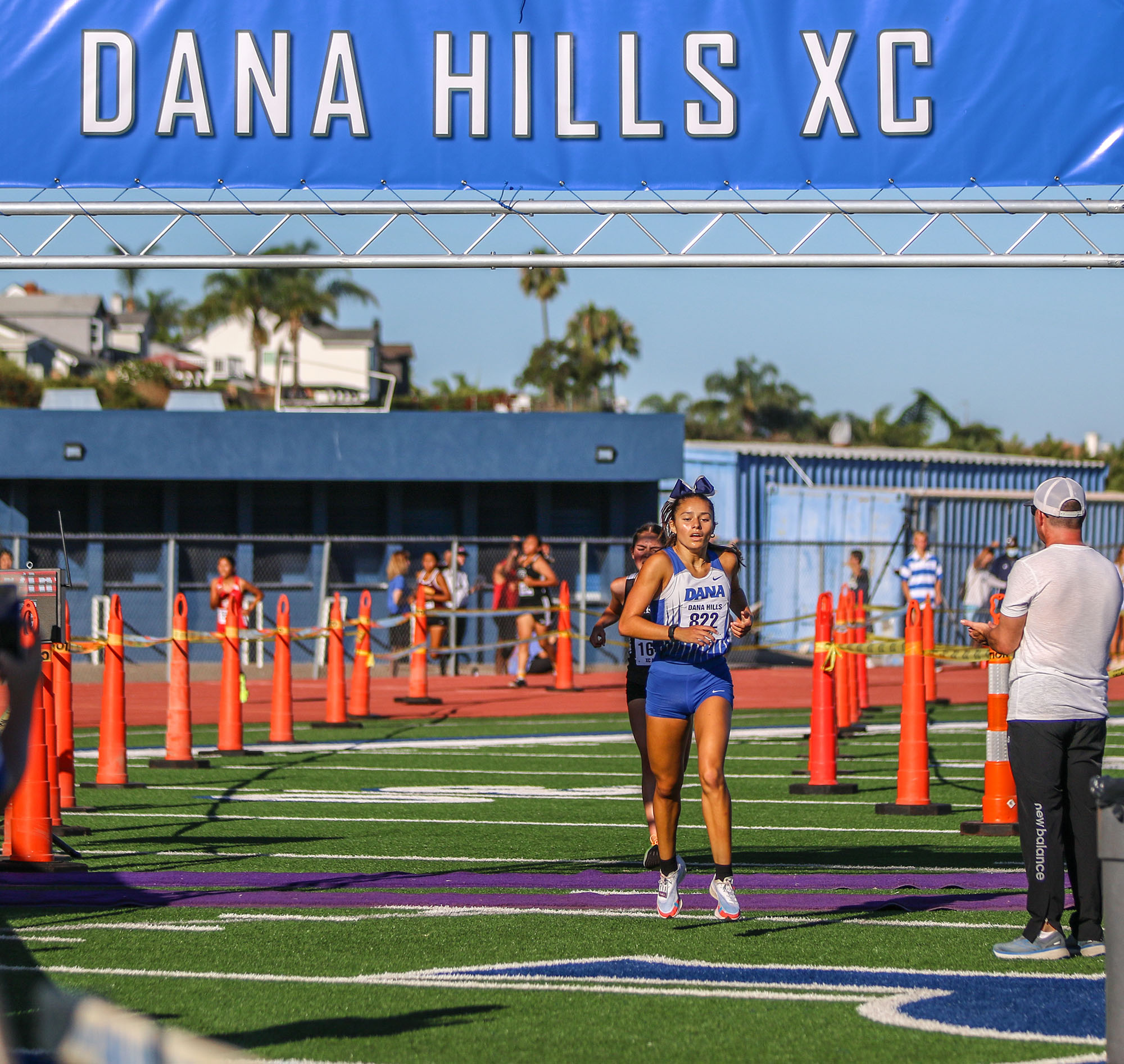 It came down to the final stretch of the stadium finish at Dana Hills High School on Saturday, Sept. 25, but Allura Markow held off the field to defend her home turf.

Markow had always recorded fast times on her home course, as the Dana Hills Invitational featured her season-best times as a junior and as a freshman. However, Markow finished fifth and seventh, respectively, in those previous two editions of the event.

On Saturday, Markow was able to finally push through by conserving energy early and running with the lead pack. In the late stages, Markow had separated from that pack with JSerra sophomore Brynn Garcia, and over the final 600 meters, Markow established a one-second gap to take the victory.

“Winning here was big for me mentally and really motivating to see that I can continue to compete at a high level,” Markow told prepcaltrack.com after the race.

The victory was Markow’s second of the early season, including a season-opening win at the Iolani Invitational in Hawaii.

As a team, Dana Hills finished second at its home race behind another dominating JSerra performance. JSerra, ranked No. 1 in CIF-SS Division 4 and one of the best teams in the state, placed three runners in the top six for a winning point total of 45. Dana Hills, ranked No. 1 in CIF-SS Division 3, saw its second runner come in 15th and had three runners in the top 25 for a second-place total of 88 points.

Sophomore Annie Ivarsson was the Dolphins’ second runner in, with a 15th-place time of 17:47. Senior Zoe Ott clocked a personal record at 17:55 in 22nd place. Junior Cooper Murphy finished in 30th at 18:06, and junior Paige Scheer rounded out the scoring in 52nd at 18:50.

On the boys side, Dana Hills finished in a tie for third with two runners in the top 15.

Junior Mike Ayala and senior Sam Hunter each recorded personal records as well, with Ayala running a time of 15:40 in 45th and Hunter running 15:43 in 48th. Senior Jack Jones was the fifth scoring runner at 15:54 in 62nd place.

San Clemente won the boys race with three runners in the top 10 for a team total of 53 points. The Tritons dominated the field, as second-place Great Oak recorded 118 points. Dana Hills and Tesoro tied for third with 149 points.

The next two weeks of the cross country calendar are some of the most important on the entire schedule.

On Oct. 8, a State Championships course preview is run at the Clovis Invitational in Fresno, and the following weekend on Oct. 15, the Orange County Championships go off in Silverado Canyon.