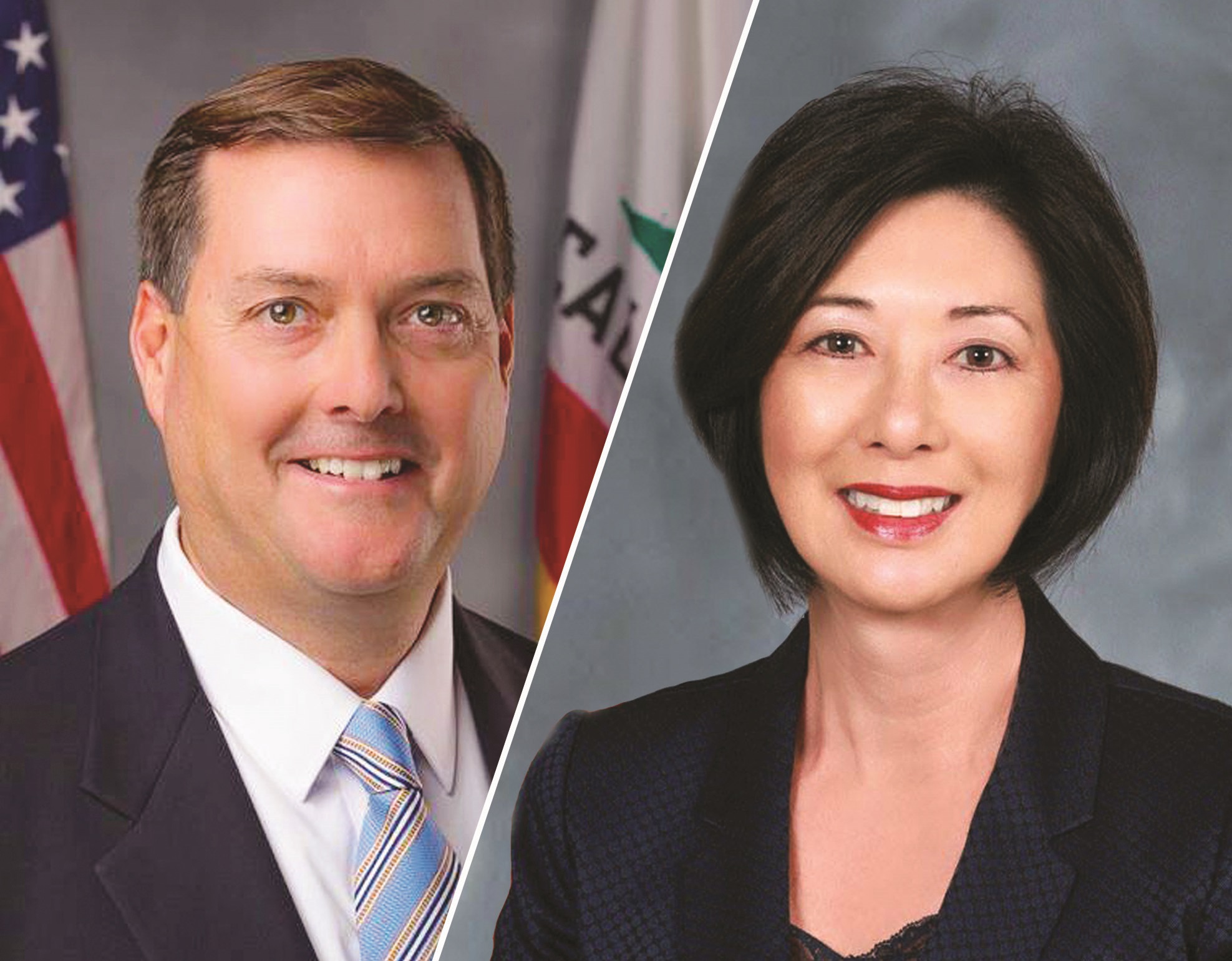 Accusations of Sexual Misconduct Made Against State Lawmaker

On Monday, June 17, Orange County Supervisor and Chairperson Lisa Bartlett spoke at a Republican Party of Orange County’s  (OCGOP) Central Committee meeting about an alleged incident that occurred in 2011, while both Bartlett and Brough served on Dana Point City Council. She cited the incident as reason for the party not to endorse Brough in his bid for reelection in 2020.

She says the incident took place during a retirement party at Olamendi’s Mexican Restaurant in Capistrano Beach between 9 and 10 p.m. in March 2011.

“I didn’t know who it was at first. It really startled me; then I realized it was Bill. I said, ‘What are you doing? Let go of me.’ He wouldn’t let go and said something to the effect of, ‘Let’s get out of here. Let’s go get a drink and do something.’ And I just kept saying, ‘Let go of me, Bill. Let go of me.’ ”

Brough denies the incident occurred, just as he initially had denied it in 2011 after Bartlett filed a complaint regarding the incident.

Following Bartlett’s testimonial on June 17, the group voted unanimously to send the question of an endorsement of Brough back to the OCGOP’s endorsement committee for closed-door talks. Brough has since rescinded his request for an endorsement, and OCGOP provided the following statement:

According to documents obtained by Dana Point Times, the city’s attorney, Patrick Muñoz, issued a memorandum on the investigation and conclusion of the March 21, 2011 incident. The documents indicate that Muñoz spoke with both Bartlett and Brough.

“She reported that he whispered in her ear words to the effect of ‘lets go somewhere and get a drink.’ She advised that when she asked him to let go of her, he did so. She reported that she felt very threatened and uncomfortable, and subjectively felt the conduct was of a suggestive, sexual nature,” the memo says.

The OC Register reported that Bartlett asked Brough to let her go, and when he wouldn’t, she wriggled herself free and got away. According to the memo, Brough let her go when she asked him to. Dana Point Times asked Bartlett to clarify.

“I wriggled free the same time he let go; I went to the front of the restaurant and contacted the city manager,” Bartlett said.

Bartlett stated that whoever had taken notes for her report of the incident to the city made mistakes in the timeline of events.

Due to no known witnesses and two opposing views of the events, Muñoz determined there were not sufficient facts or evidence to come to any conclusions regarding the matter.

According to the memo, Muñoz met with Brough and Brough’s wife to go over the council’s harassment policy. Brough requested that Muñoz include Brough’s view that the accusations are false and malicious, and made in retaliation for his voting on certain agenda items. Subsequently, Muñoz met with Bartlett to review the harassment policy, and she requested it be added that Brough was very intoxicated during the incident, to the point where she had called the city manager to come to Olamendi’s and take care of him so he would not have to drive home.

“She asked that I include her belief that he is either lying or was too intoxicated to recall the event,” the memo says.

Brough says he believes Bartlett is repurposing a fabricated incident as retaliation for his position on the Transportation Corridor Agencies (TCA). The assemblymember had introduced state legislation (AB 1273 that would vastly restrict the authority of the TCA, limiting the joint powers authority’s scope and putting a moratorium on incurring additional debt related to the toll roads. The proposed legislation would bar the TCA from planning and developing any bridge or major thoroughfare after Jan. 1, 2020, as well as turn over the toll roads to the state after the bonds have been paid.

The proposal came soon after the Los Angeles Times published an article that detailed how money had been spent toward consultant fees. According to the article, some consultants had been paid about $185 an hour, while others were paid $90 per hour, merely to read and compile new stories regarding transportation.

The TCA issued a statement saying it “strongly” opposes AB 1273, because it would “strip the local control away from a public transportation agency that has successfully planned, financed, and constructed 51 miles of state highways without the use of tax dollars.”

“At the time (March 21, 2011 incident), I felt the action was retaliation for several council votes, and I feel the political timing now is retaliation for my questioning of the TCA,” Brough said. “I have been on the end of many political attacks, but I will not stand for personal attacks on me and my family. I have done nothing wrong.”

Dana Point Times asked Bartlett for comment on Brough’s assertion that her allegations are retaliatory and an attempt to remove a rival for her bid in the 2022 State Senate race.

“There is absolutely no connection. My statements are not politically motivated,” Bartlett said. “Brough is trying to rationalize his side of things.”

Bartlett’s statements at the OCGOP meeting were initially covered by conservative blog RightOnDaily.com. The author, Aaron F. Park, says he’s heard rumors about the alleged incident for years, but he believes there are multiple facets.

Park is based in the Sacramento metropolitan area selling insurance. He says he writes his blog as a side gig, bringing in revenue from advertisements and, at times, political campaigns that pay him to write certain content.

“I was not paid by anybody to write this. I have not been offered anything to write this; this is purely an activist effort,” Park said.

The incident has since been reported on by the Orange County Register, Voice of OC, the Los Angeles Times and the Sacramento Bee.

The OC Register initially reported that Maria Elena Banks, a Dana Point Arts & Culture Commissioner, came forward about an inappropriate incident with Brough in which he allegedly had put his hand up her skirt in a bar. Banks clarified that did not happen:

“He put his hand on my thigh and asked me if I wanted to go home with him. I said, ‘Bill, you’re married.’ He removed his hand, and that was the end of it,” Banks said.

The OC Register’s online version of the article has since been updated to reflect Banks’ account.

“It’s still intolerable. This kind of treatment against women won’t stand anymore,” Banks said. “I have five granddaughters, and I can’t accept the idea that this is how they will be treated by men.”

Brough denied the incident with Banks ever happened and stated Banks lobbied him earlier this year to be his realtor key contact.

“California State Legislative Republicans will not tolerate sexual misconduct of any kind,” they wrote. “These accusations are serious and troubling. Any allegation of this nature deserves a thorough, fair and transparent investigation by the Legislature’s Workplace Conduct Unit. The Legislature has worked hard to improve its process for reviewing these types of claims, and we are committed to cooperating with any investigation into this matter.”

Documents have cited a lack of evidence in reported incidents against Brough. Bartlett says it’s important to consider the number of women coming forward—news outlets have reported a total of five, including Bartlett and Banks.

“If you look at those claims, he goes after women when he knows there’s nobody else around,” Bartlett said. “If there was a book written on sexual misconduct, Chapter One would say, ‘Don’t execute your plan of action in a crowded place, because you’re going to have witnesses.’ ”

Bartlett says other women have contacted her and shared their experiences with Brough, but she said they don’t want their names released, for fear of retaliation.

Brough says he will follow through on his campaign for reelection, without the OCGOP endorsement.

“I would never touch a woman without her consent,” Brough said. “This is all politically motivated for threatening the ‘OC swamp.’ I’ll continue to push for good government.”

Brough beat his Democratic opponent Scott Rhinehart in 2018, garnering 56.2% of the vote. Rhinehart has announced his campaign for Brough’s seat in 2020. Meanwhile, the Orange County Young Democrats said in a statement that the state party should call for him to leave office.