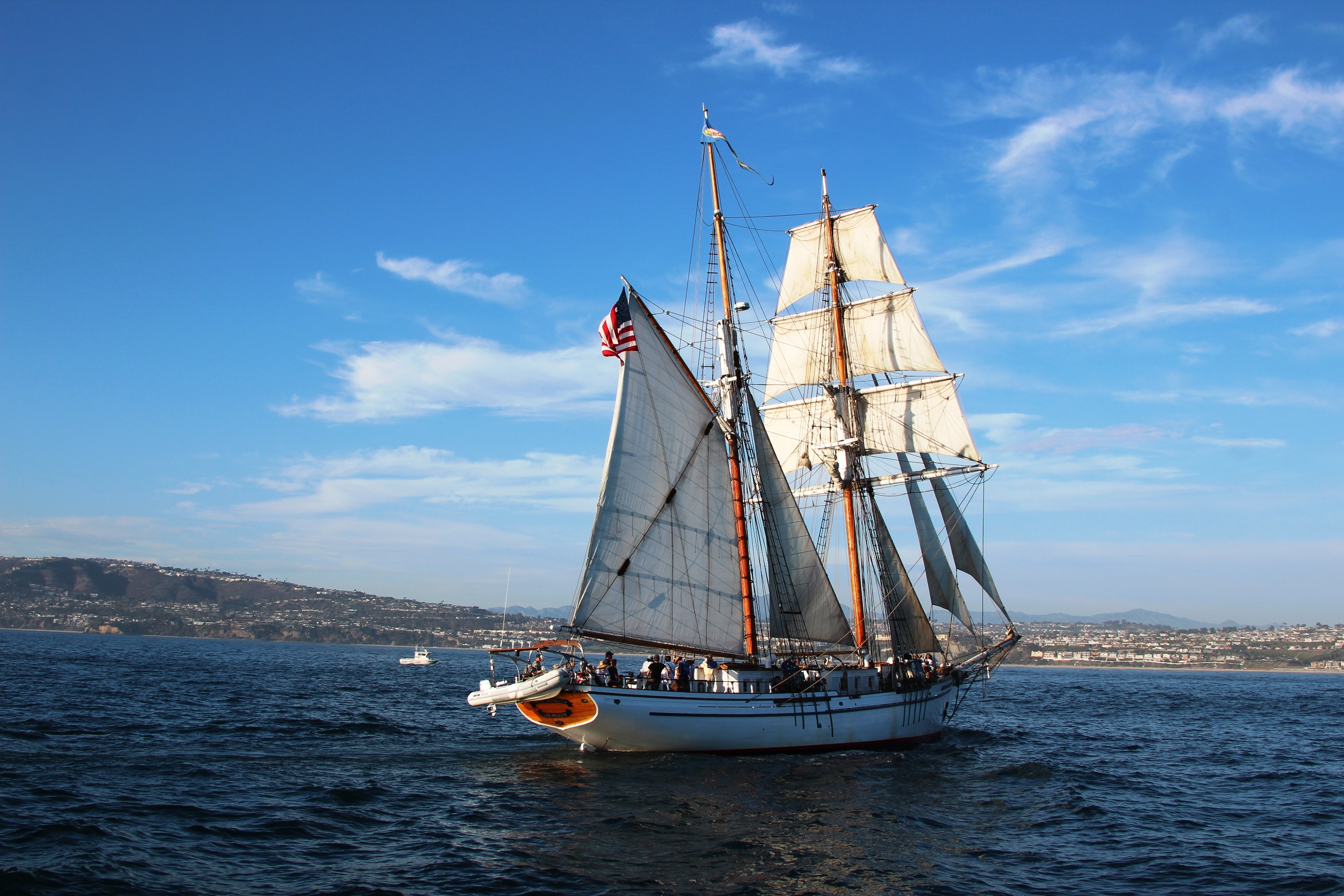 Ahoy, All Hands on Deck as Tall Ships Land in Dana Point

While the original brig Pilgrim that Dana Point’s namesake Richard Henry Dana, Jr. sailed to the Southern California shores on lived a relatively short life, a replica with the same name has continued to travel the Pacific Ocean as an ambassador for the city.

Nearing its three-decade mark, the annual Tall Ships Festival has grown into one of the largest gatherings of the sailing vessels on the West Coast, said Dan Stetson, president of the Ocean Institute. Since he joined the institute 21 years ago, Stetson has witnessed the gathering grow from a two-ship festival to the seven-ship, weekend event it is today.

“These vessels are designed for different time periods and the public has the opportunity see how they fit into our nation’s history,” Stetson said.

Built in 1825 by the Bryant, Sturgis & Co. of Boston, the Pilgrim sailed to the Southern California shores as part of the California Hide Trade, said Councilman Carlos Olvera, who also serves as vice chair of the Orange County Historical Commission. Complete with two masts, the Pilgrim weighed 180 tons, measured 86 feet in length and could have served as a cargo or warship, with a crew of nine, including a cook, carpenter, sail-maker and steward, Olvera said.

In his nautical memoirs, Two Years Before the Mast, Dana described the Pilgrim and wrote, “The vessel I am going on is small, but strong and a remarkably fast sailer having been built for the smuggling trade.”

But after 30 years of sailing, the Pilgrim went down in 1856 in a fire at sea, Olvera said.

Now, more than 150 years later her replica ship, bearing the same name Pilgrim, has just returned from a two-week voyage on which her crew saw the shores of Santa Barbara, Catalina Island and San Diego.

The replica Pilgrim’s journey to Dana Point began when a restaurant in Monterey planned to display a historic ship to highlight the state’s maritime past, Stetson said. The group contracted architect Ray Wallace, the man behind the Columbia ship that sails the river at Disneyland, to locate a proper vessel. He found a suitable vessel in Denmark, Stetson said, that looked nothing like the Pilgrim of today.

As told by Stetson, in 1974 Wallace sailed to a place known for reasonable prices and excellent craftsmanship, Lisbon, Portugal. The ship was transformed into a two-mast brig, but while being outfitted, a revolution broke out. Wallace invited a local Portuguese dignitary onboard and convinced him the ship needed a test sail. They embarked on a test sail and continued sailing the more than 1,000 miles to Spain’s Canary Islands, Stetson said.

He continued outfitting the ship, but soon ran out of money. With no backing from his hired group, Wallace put an ad in the Wall Street Journal prompting parents to send their children “on the adventure of a lifetime,” Stetson said.

Wallace was able to finish the brig and sail it across the Atlantic Ocean, through the Panama Canal and into the Los Angeles Harbor, where the Pilgrim sat deteriorating until 1981. The brig came to the Ocean Institute that year and has since become a large living classroom for area school children. To find out more about the festival celebrating the region’s maritime history, visit www.tallshipsfestival.com.

The Ocean Institute kicks off its 29th annual Toshiba Tall Ships Festival with a sunset cruise on Friday just outside the Dana Point Harbor. Crowds can line the seawall as historic vessels participating in mock-cannon make their way to the Ocean Institute’s docks.

On Saturday, Disney Junior’s favorite little buccaneer and gang, Jake and the Never Land Pirates, will be on hand from 10 a.m. to 4 p.m. for dancing, singing and fun. Attendees are invited to explore a piece of maritime history aboard the visiting tall ships, wander encampments and get hands-on with living history and ocean life. Sunset cruises and mock cannon battles will continue on Saturday and Sunday, with boarding of the ships beginning at 4 p.m. Both Baby Beach and the Ocean Institute will play host to live music and interactive activities for the whole family.