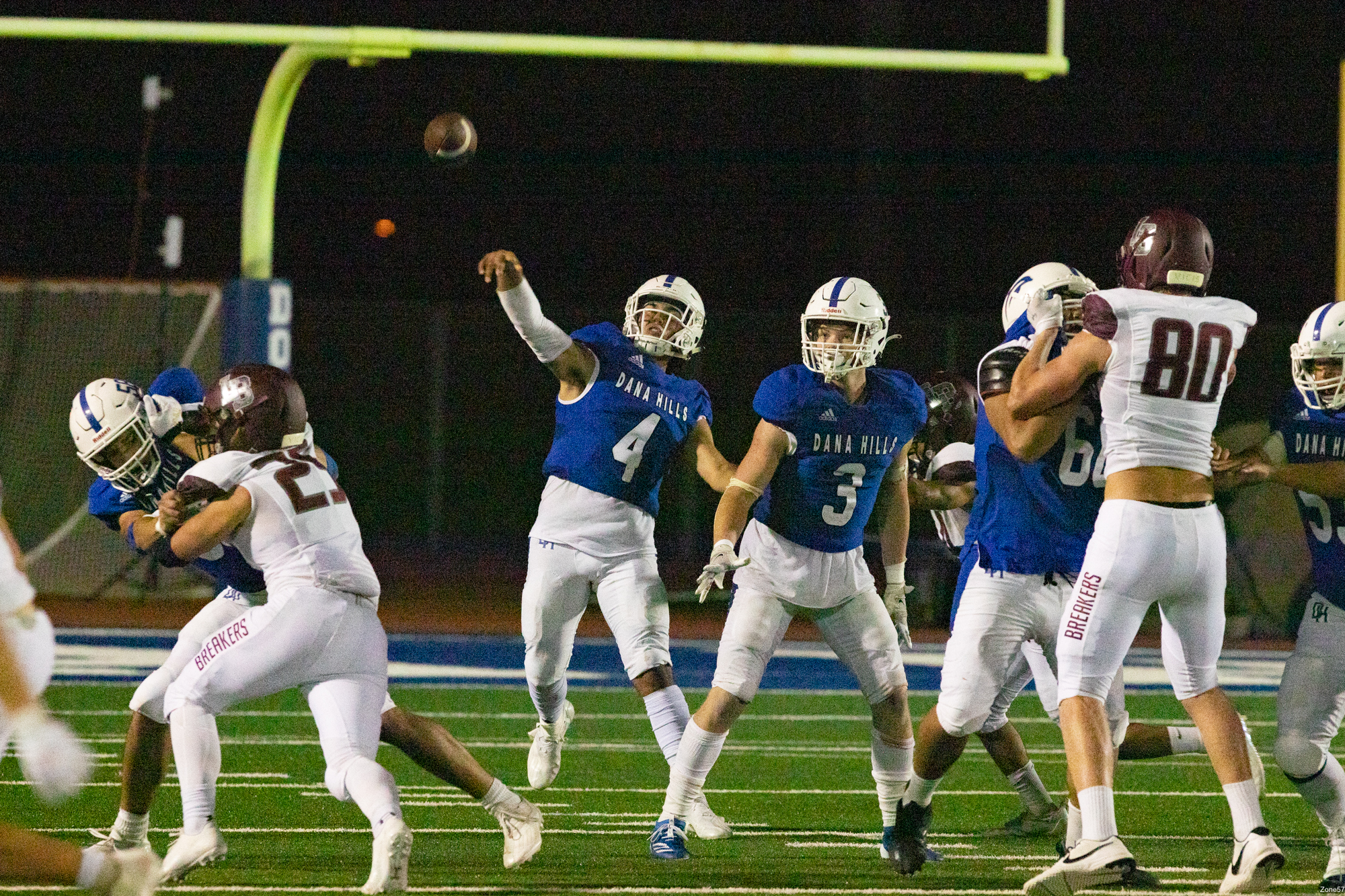 It was another career passing night for Dana Hills senior quarterback Bo Kelly as the Dolphins football team posted another dominant win over Woodbridge.

Kelly threw a career-high five touchdown passes by completing 13 of 18 throws for 339 yards as the Dolphins beat Woodbridge, 34-6, at University High School on Friday, Sept. 17.

Dana Hills beat Woodbridge by a nearly identical score in the spring season, 34-7.

Kelly threw for a career-high 409 yards in a last-minute upset of Aliso Niguel two weeks ago, and the senior has now thrown nine touchdown passes over the last two weeks. Kelly also threw four TDs in the opener against Laguna Beach. Kelly has thrown 15 touchdowns in just four games this season, matching his five-game total from the spring season. Kelly has also surpassed his total yardage from last season with 1,344 passing yards compared to last season’s 1,333 yards.

Junior running back Christian Guarascio also had a top night with 16 carries for 103 yards on the ground.

Dana Hills travels back to University High School on Friday, Sept. 24, to take on the host Trojans.

University broke a 13-game losing streak with a 13-12 win over Ocean View in its second game this season and pushed to a winning record with a 35-0 win over Century on Sept. 10. However, the Trojans came back down with a loss to city rival Irvine, 57-0, on Sept. 17.

University has split time at quarterback this season, and when the Trojans have been successful, it’s been through their passing game. However, Trojans stuck with their sophomore quarterback for the entirety of the Irvine game, and Irvine dominated. University completed 9 of 22 passes for 57 yards and ran for just 29 yards.

Dana Hills is also away next week against Beckman at Tustin High School on Oct. 1. The Dolphins return home for community night on Oct. 8 against Northwood.