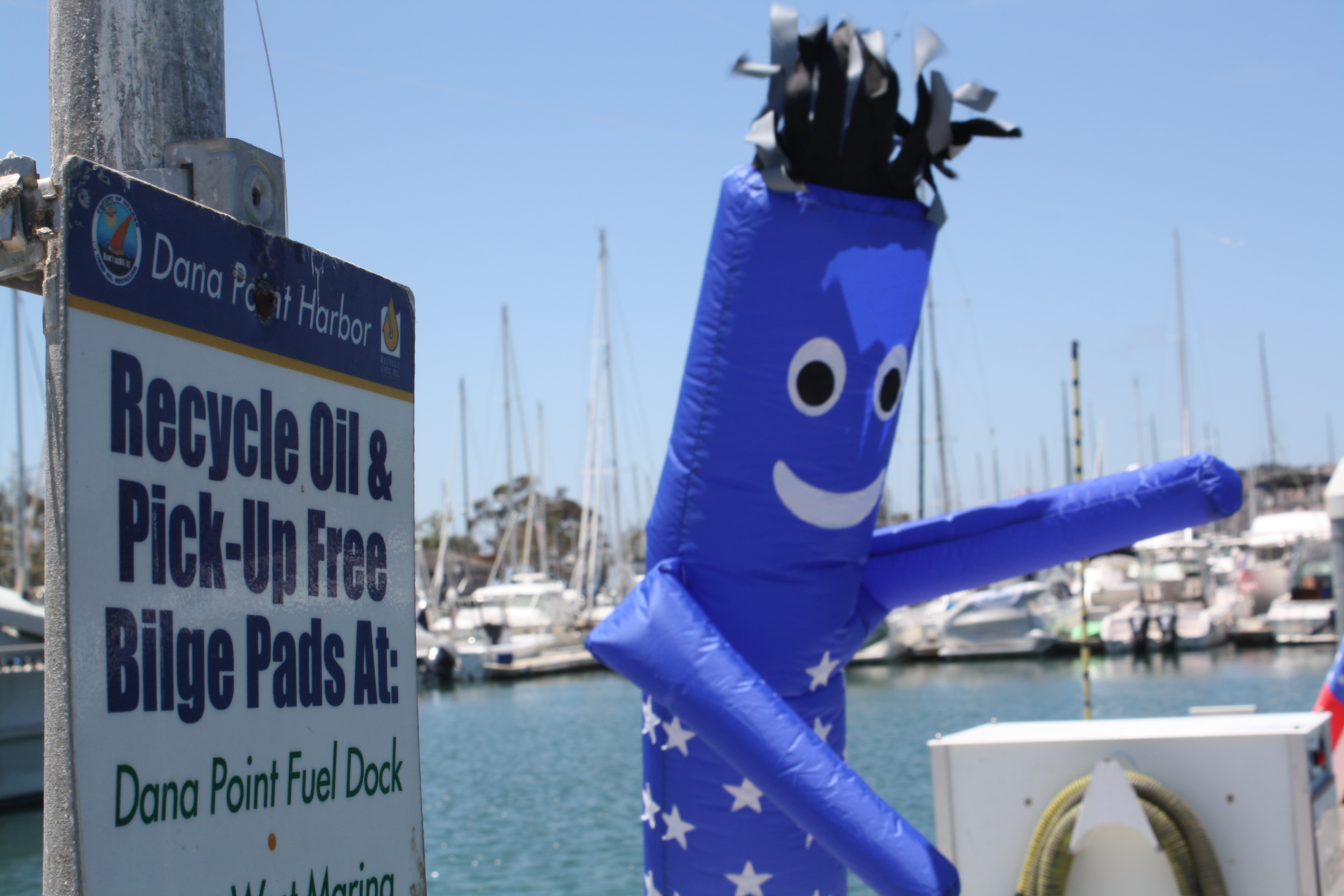 As two men in kayaks rode by one of the city’s harbor docks on Wednesday afternoon, they watched inflatable tubes dance and wave their arms. Those inflatable tubes, also known as air dancers, have been recently installed by the county to deter sea lions.

Currently four air dancers, commonly seen at car dealerships, reside outside of Harbor Patrol. The patriotic colors of red, white and blue were not just installed for the holiday weekend, but instead were installed as part of a pilot program to help deter sea lions and protect boats.

The Orange County Parks Department has been working with the Dana Point Marina Operator on the pilot program, which began just before the Fourth of July. In recent weeks, the sea lions have been making themselves at home along docks and boats, which can cause damages and a mess.

“It’s plainly obvious we have a problem,” said James Lenthall with the Dana Point Boaters Association. “Their population has been increasing in the last few weeks to months; it comes and goes. More recently, there have been a lot more of them around.”

Lenthall said boat owners are often finding the sea lions on boats’ swim steps and on the boat docks. He added he and other Dana Point boaters know how difficult it can be to  shoo the animals away.

“Sea lions are not very cooperative when you want to move them,” Lenthall said. “I’ve seen a group of people try to yell to scare one away, and the sea lion just yelled back.”

County officials said other obstacles have been attempted to keep the sea lions off the docks, but hope this program will work.

“They can be startled with loud noise,” said Julianna Steers with the Ocean Institute. “Other things can definitely spook them, it just depends.”

The idea of the air dancers sprung from a boater who heard about the concept working in a Northern California town.

Although there weren’t too many of the mammals seen on July 4, not everyone says the program is completely working.

“It’s not perfectly effective,” Lenthall said. “I saw a sea lion over the weekend on the dock near one [of the air dancers.]”

Jim Miller, owner of Coffee Importers, said he hasn’t seen the inflatables used to deter the sea lions before, but believes it’s a good idea.

Each air dancer is $150, and runs off the power supply already on the docks. The county plans on installing more on four docks nearest the harbor entrance.

Currently, the program is in its pilot stage, and will continue if it’s effective. However, if it doesn’t seem to be working, the county said they would reevaluate.