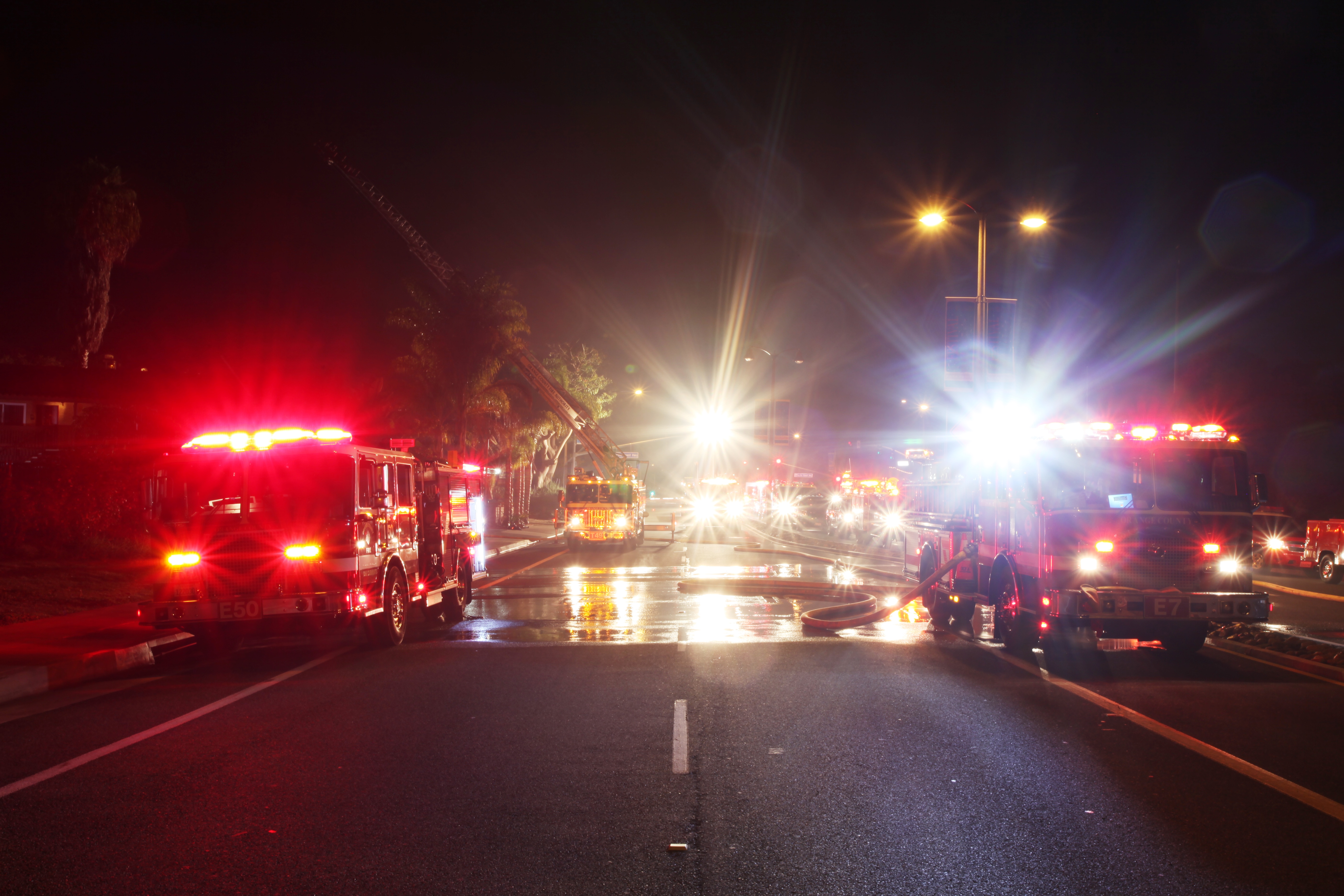 More than 30 firefighters respond to fire in San Clemente duplex, no injuries reported

An afternoon blaze caused more the $250,000 damage to a single-story duplex along the Palisades near the Dana Point-San Clemente city lines, an Orange County Fire Authority official confirmed.

More than 30 firefighters responded to the 100 Block of Via Breve at about 3:43 p.m., just five minutes after receiving a report of a house on fire, said OCFA spokesman Capt. Steve Concialdi.

Via Breve is short, bluff-top street off Camino Capistrano that sits above Coast Highway.

When the first unit arrived on scene, heavy smoke was coming from three sides of the home, Concialdi said. OCFA crews had the blaze under control within 20 minutes, he said.

There was no one inside the structure at the time and no injuries were reported.

The blaze spread to the attic of the two-unit structure but fire officials were able to contain the blaze, Concialdi said. The unit where the fire began received an estimated $50,000 in structural and $200,000 in content damages. Although the fire did not spread, an attached unit was also damaged but it was minimal.

Concialdi said the OCFA response was standard for a fire of this kind—called a working structure fire. OCFA sends four engine companies, two truck companies and a paramedic unit to the scene of such fires. Two battalion chiefs and OCFA fire investigators also responded, he said.

The fire’s cause is still under investigation.