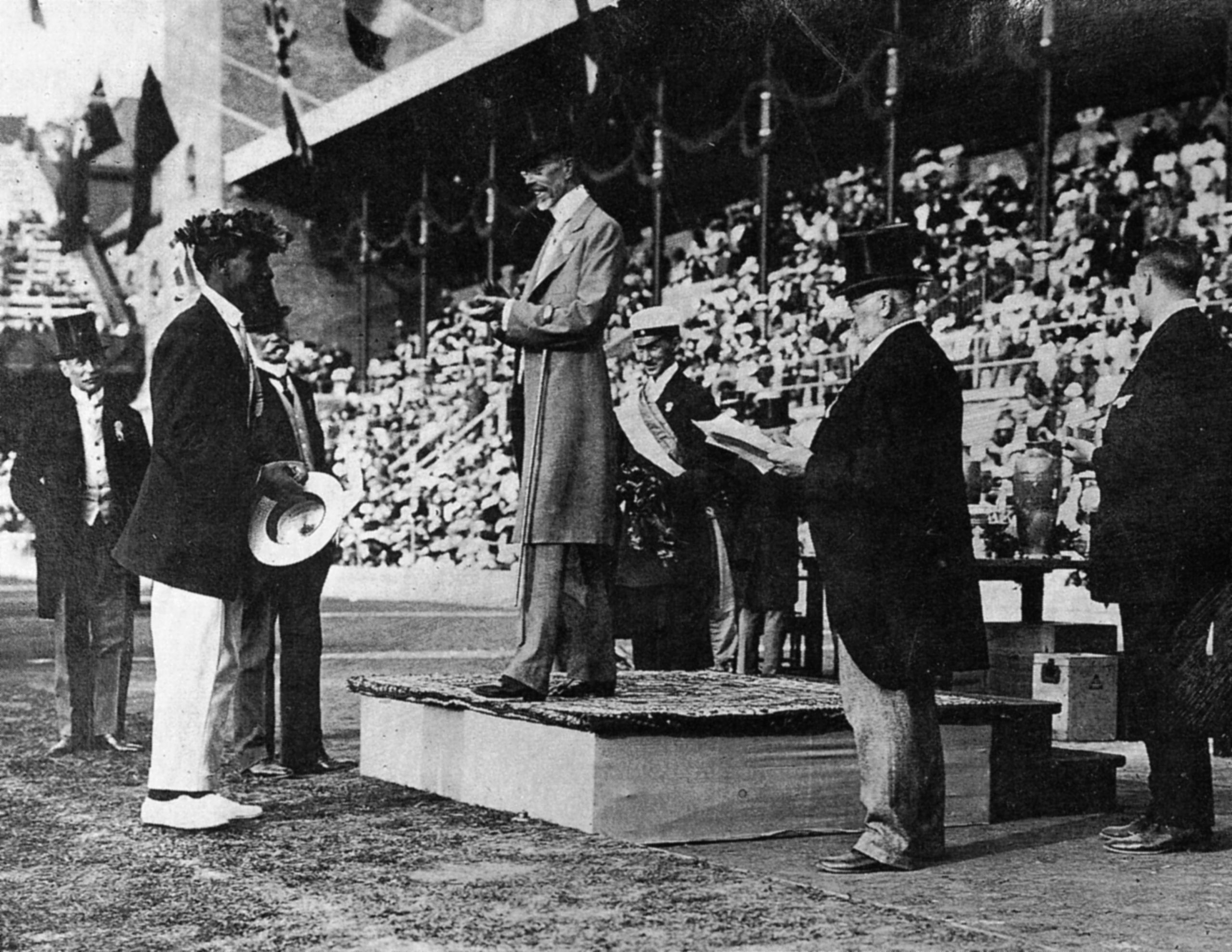 New documentary shines light on the story of Duke Kahanamoku

As Duke Kahanamoku’s celebrated Olympic career was ending in the second half of the 1920s, he settled for a time in Newport Beach. Splitting time between lifeguarding and acting in bit parts in Hollywood, the Hawaiian icon also found his way down to the southern reaches of Orange County.

He became somewhat of a regular at spots including Corona del Mar, which was one of the more popular surf breaks of the time, as well as the gentle, rolling waves and Hawaiian Islands-inspired scene at San Onofre.

In 1928, the San Clemente Beach Club opened (since renamed the Ole Hanson Beach Club). To help promote the new pool, a state-of-the-art swim facility at the time, Kahanamoku and Johnny Weismuller, a friend and rival, were invited to compete in an exhibition.

A few short years later, the San Clemente Beach Club hosted the 1932 Olympic tryouts. By then, Kahanamoku’s reign as an Olympic champion swimmer was largely over, but he did join Team USA as a member of the water polo team at the ’32 L.A. Games.

“My father and my uncle just threw me into the water from an outrigger canoe. I had to swim, or else,” Kahanamoku would later explain.

Kahanamoku is rightly considered the father of modern surfing, and now his story is finally being told in the new, full-length documentary called Waterman. After a run through the film festival circuit, Waterman premiered on PBS’ American Masters this week.

Directed by Isaac Halasima, who got his start producing videos for the band Imagine Dragons, and narrated by Jason Momoa, of Aquaman and Dune fame, the film combines rare archival footage cut with reenactments in which Hawaiian surfer Duane DeSoto stands in for the late Kahanamoku.

The film also features some exceptional interviews with surf stars such as Laird Hamilton, Kelly Slater, Carissa Moore, Jack Johnson, Kai Lenny and many others.

The original release of Waterman had been planned to coincide with the 2020 Tokyo Games, where surfing was to make its Olympic debut, but ultimately, that had to be scrapped because of the pandemic.

Nevertheless, it’s finally here, and it’s much more than just a story about another surfer.

Kahanamoku was a barrier-breaker in and out of the water. While he set world records in the pool and introduced the world to the Hawaiian concept of aloha, he also faced oppression and racism throughout his life.

“He is just as important as Jesse Owens and Jackie Robinson and Jim Thorpe and Muhammad Ali,” Halasima explained to Hawaii News Now last month. “He’s one of those people that seemed to change the world when he came on the stage.”

Kahanamoku’s fame as a swimmer began in 1911, when he swam the 100-meter freestyle in the Honolulu Harbor and eclipsed the world record by more than four seconds. Critics on the mainland doubted the record, but undeterred, Kahanamoku qualified for the 1912 U.S. Olympic swim team.

At the Stockholm Games, he officially broke the record for the 100-meter freestyle and was presented with the gold medal by King Gustav V of Sweden.

The Hawaiian once again topped the podium at the 1920 Olympics in Antwerp, where he won gold medals in both the 100-meter freestyle (beating fellow Hawaiian Pua Kealoha) and in the relay.

At the 1924 Games in Paris, he took the silver medal in the 100-meter freestyle (with the gold going to Weissmuller and the bronze to Kahanamoku’s brother, Samuel). In total, Kahanomoku would earn five Olympic medals over the course of his swimming career.

In 1914, he famously landed at Freshwater Beach in Sydney, Australia, where he’s credited with introducing surfing to the Land Down Under. As a high-profile, internationally recognized athlete, Kahanamoku traveled the world, sharing his Hawaiian culture with crowds.

“Before I left that fabulous land, the Australians had already turned to making their own boards and practicing what I had shown them in the surf,” Kahanamoku later recalled.

Don’t miss Waterman on your preferred streaming service; you’ll be glad you tuned in.