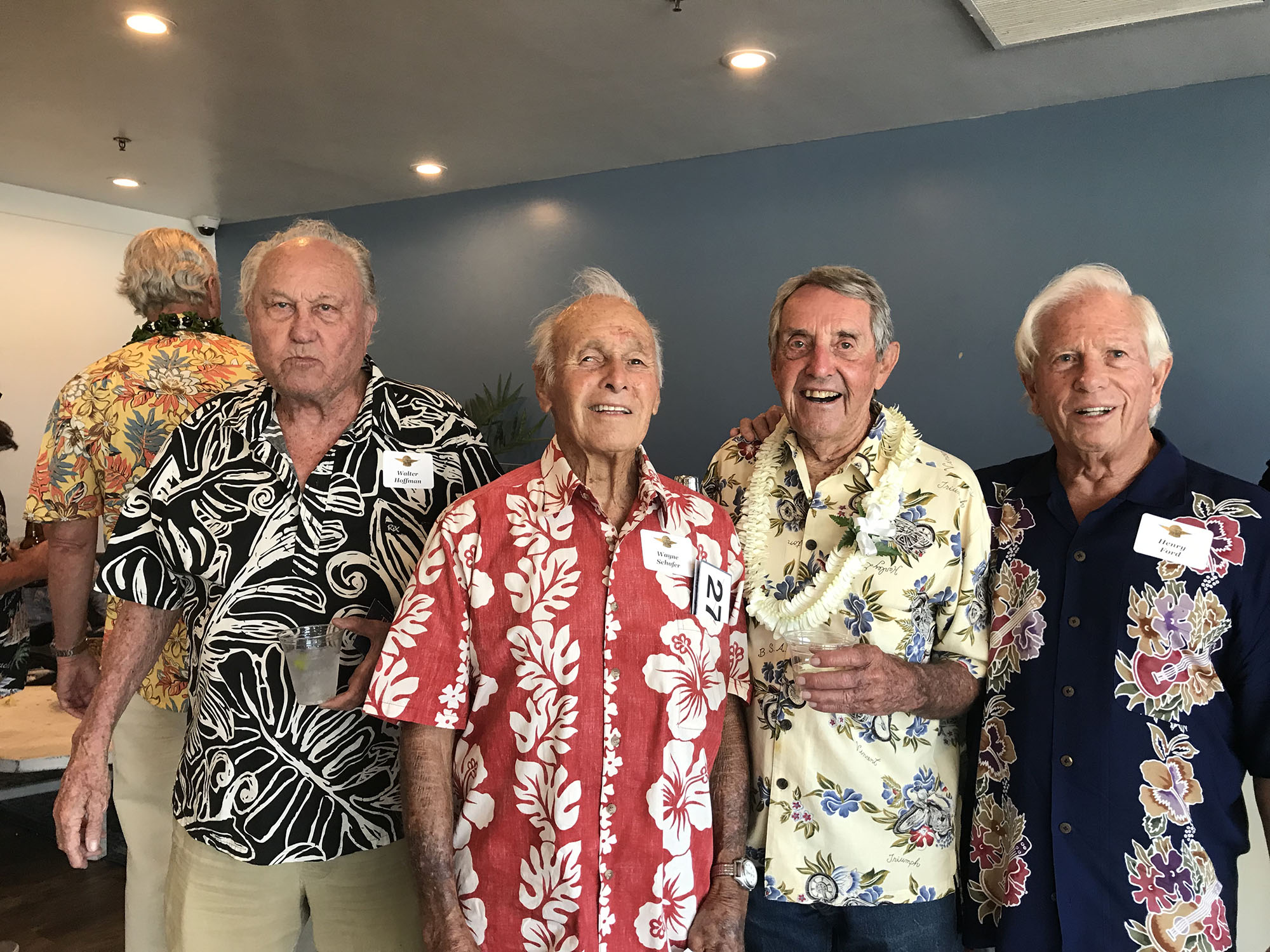 Remembering the warmth, grace and contributions of Wayne Penn Schafer

After 91 amazing years on this blue planet, Schafer died peacefully in his sleep at his home in front of Poche Reef on June 2, 2020. The memorial service was held last week to accommodate the lengthy list of friends who wanted to pay their respects.

Schafer lived a true beach life, and during his time here, he brought his friends along for the ride. He bought his house in Capo Beach in 1953 and had the good fortune, as he liked to say, “of picking my neighbors.”

“In the beginning, it was just a group of guys down here, no organization or anything,” Schafer explained a year before his passing. “Walter and Flippy Hoffman moved in. And I rented a room to Phil Edwards and Grubby Clark for a while. We had a lot of fun.”

Born Jan. 31, 1929, in Long Beach, Schafer’s father, an Osage Native American, died during The Great Depression, and he was raised in Toluca Lake by his mother and her second husband, Hollywood photographer A.L. (Whitey) Schafer.

It was there that he met his lifelong best friend, Peter H. Dailey. Schafer went on to USC. Shortly thereafter, he paid $5,500 for his home in Capo Beach, where he would spend the rest of his days.

“One day I was down hanging out at Trestles with a few guys,” Schafer said. “Phil (Edwards) was down there. I was introduced to this rather tall guy; you couldn’t forget his name, Grubby. We got acquainted on the beach. He seemed like a pretty fun guy. He was down at Hobie’s a lot, glassing boards. He had this yellow truck with a camper on the back that he built. He’d sleep in it. He was like a homeless person. As I got to know him, one day,  he said, ‘Can I park down at your lot and sleep?’”

“Finally, I said, ‘If you want, I’ll rent you a room.’ He jumped at it, so he moved in here,” Schafer continued. “Later on, in came Phil. He was living in Oceanside and doing a lot of surfing up here and hanging out, and he worked at Hobie’s. So, now there were three of us here, and it was a great time period of us surfing and diving and fishing and just being surfers.”

Over time, Schafer and Hobie Alter became fast friends, and it was on the beach at Poche that the two developed the original Hobie Cat. Schafer gave tutorials to introduce this fast new double-hulled sailing craft to throngs of aspiring sailors around the world, and his Wednesdays at Wayne’s après-sail barbecues at Capistrano Beach attracted sailors from all continents.

Schafer was also one of a quartet of Southern Californians who established a base in Moorea, Tahiti, which evolved into the world-famous Bali Hai resort.

His other real estate interests included property at Zacatitos on the East Cape of Baja, Mexico, his Osage father’s original mountain cabin in Idyllwild, and property in the Osage Nation Oklahoma, where he maintained his headrights.

Schafer was loved by many around the world and at home. He was a treasure of a man whose warmth and hospitality will be missed.

In lieu of flowers, Schafer’s family and friends ask that donations be made to the Wayne Penn Schafer Memorial Fund at the Surfing Heritage & Culture Center.