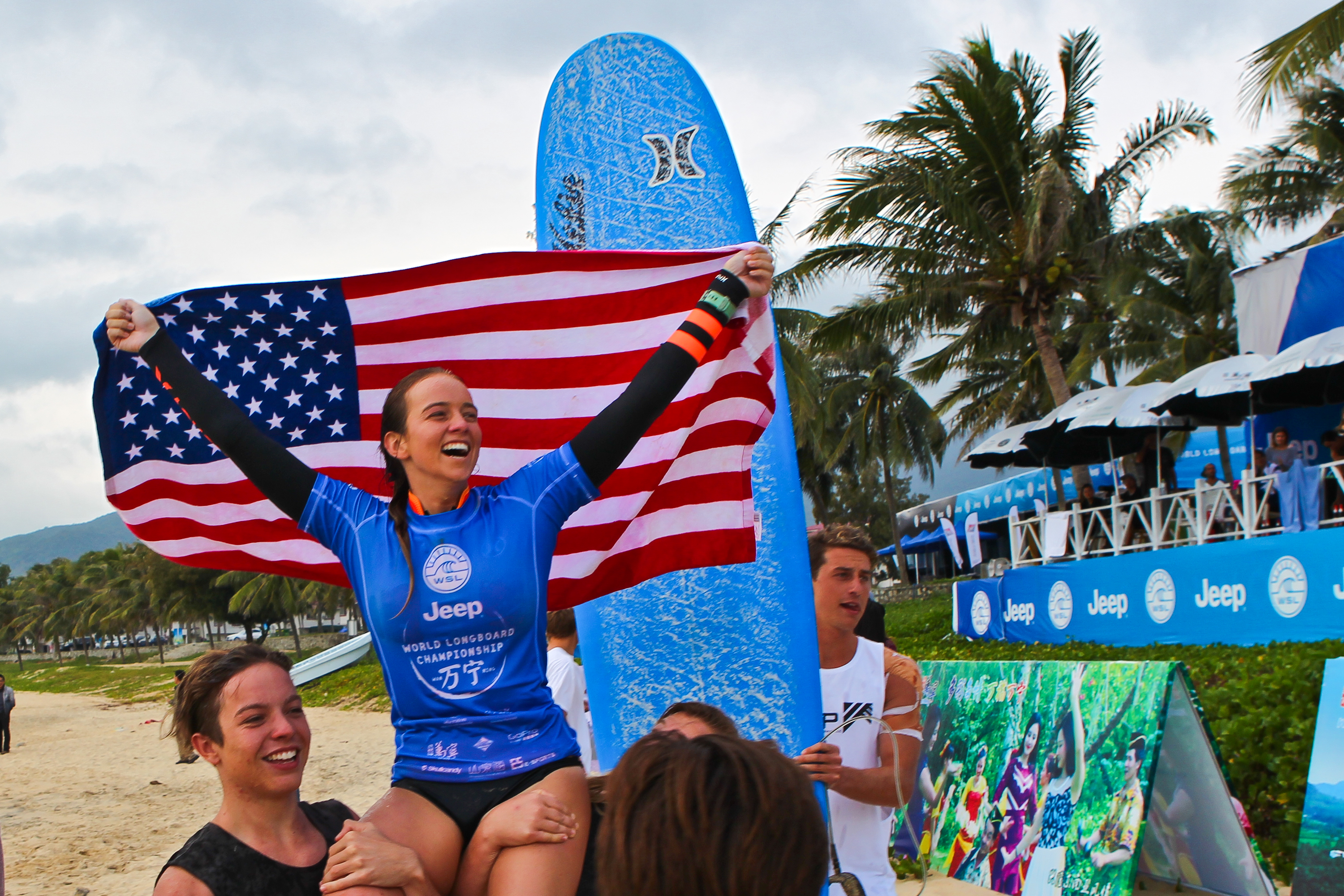 For Rachael Tilly, the third time was definitely the charm. On Tuesday she earned the title she’s been working toward since the age of 6, being crowned the women’s longboard world champion at the World Surf League 2015 Jeep Women’s World Longboard Championship in Riyue Bay Wanning, Hainan, China.

This year’s event was the third trip to China as an event qualifier for the Capistrano Beach professional longboarder, and at age 17, she has become the youngest world champion ever.

“I am over the moon right now,” Tilly said in a post event WSL interview. “… I can’t believe it’s even real. I have been to the contest twice before and not made many heats, but after winning the North American title, I had more confidence this year and I guess it paid off.”

After her North American title win at Huntington Beach in November, Tilly said something felt different about going into the China event as a champion. She was feeling really good about the momentum the win created, she said, and her competition strategy—including wave selection and patience—had matured since her unsuccessful run for the world crown in 2014. She attributed the year’s progress to increasing her contest surfing time, in Western Surfing Association events and competing with her San Clemente High School surf team.

Tilly faced Hawaiian Crystal Walsh in the final, and emerged victorious after the two put on an entertaining back-and-forth show that included beautiful, stylish, classic longboarding with power and technical skill.

Having traveled to China sans her usual travel partner, her mom Laurie, Tilly’s family was tuned in online at their Capo Beach home when the announcement was made.

The rush of emotion “felt like getting hit by a truck but loving it,” Laurie Tilly said.

Tilly’s dad and coach Glen, agreed, saying he was so happy that her years of hard work and dedication led to her reaching her goal of becoming the youngest women’s world champ.

“We have always focused on working on the fundamentals of good surfing through the years,” Glen Tilly said. “Our motto has always been ‘we win together, we lose together’ but she went over there by herself, pulled it off on her own. We are all so proud of her.”

After being handed her world championship trophy cup, Tilly recalled the sendoff she got from her parents at the airport when she was leaving for China.

“The last thing my parents said before I got on the plane was to bring back the trophy so we can all share a bowl of cereal in it,” Tilly said. “And when I get home, that’s what we’re going to do.”