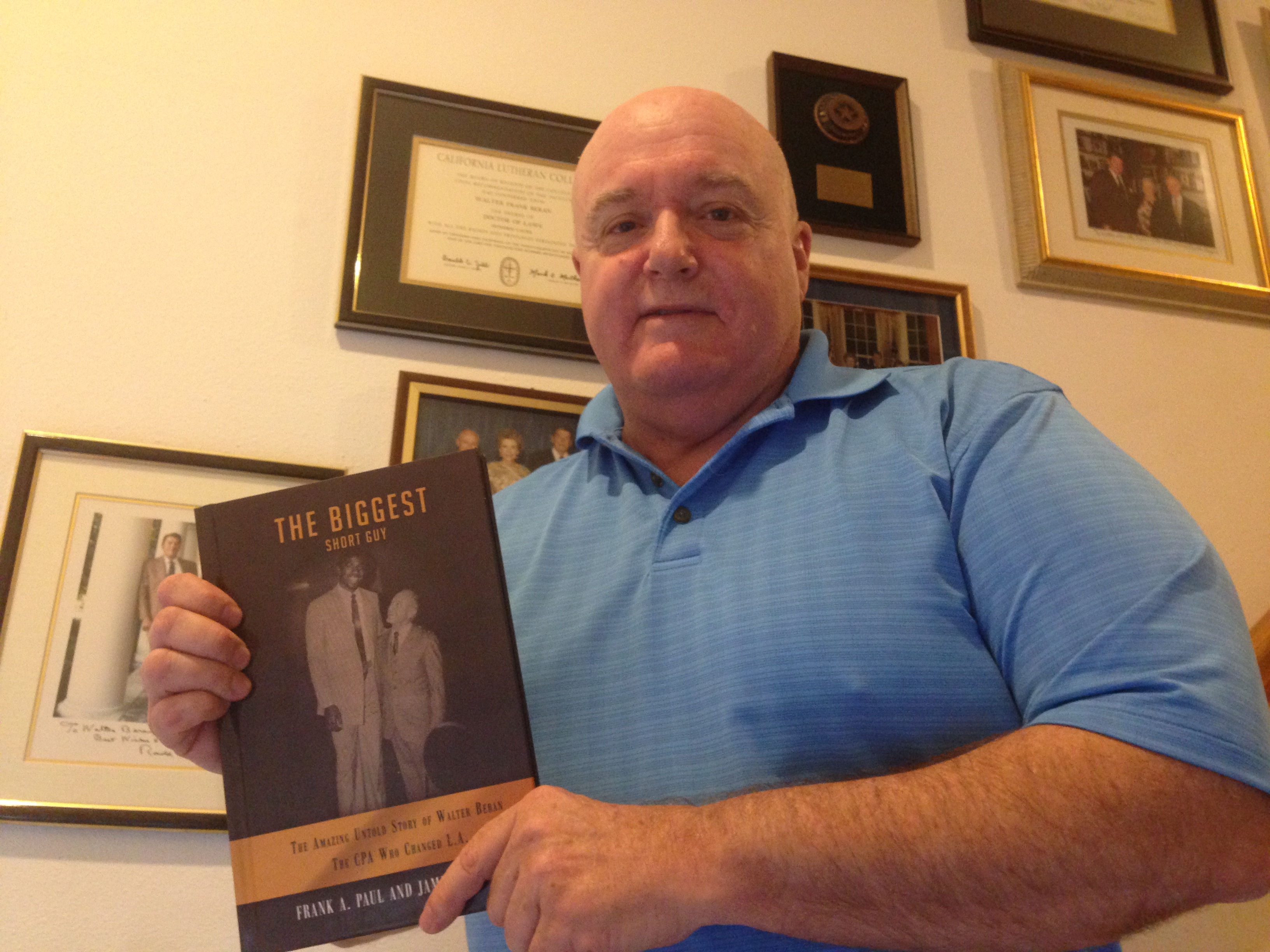 In modern times, many have lamented the lost practice of writing letters. With the rise of social media and services like Skype, less people are taking the time to write letters to loved ones. However, personal letters can provide a window into the past and sometimes can even effect the present.

For Dana Point resident Jim Beran, his father’s letters to his mother inspired an entire book. The Biggest Short Guy: The Amazing Untold Story of Walter Beran, the CPA Who Changed LA, chronicles the life of Jim Beran’s father Walter Beran, who passed away in 2007.

“When we moved to Cleveland and he was director of client relations, he was on the road all the time,” Jim Beran said. “He started writing to my mother every night. He would hand write them on stationary from hotels and his secretaries would type the letters out later, collect them into a book and he would give them to her for her birthday every year.” Excerpts of these letters can be read in The Biggest Short Guy, though ultimately the book became about his father’s life and legacy and does not exclusively focus on the letters.

Walter Beran was one of the most prominent business people in Los Angeles in the ’80s, distinguished by his philanthropy and concern for the community. He worked as a CPA for Ernst and Whinney, a predecessor of Ernst and Young, and he eventually became president of Los Angeles Area Chamber of Commerce.

“He loved the process of interacting with people,” Jim Beran said. “Nobody was too big or too small for him.”

Beran said his father particularly enjoyed talking to taxi drivers, elevator operators and even made an effort to meet his firm’s mail boy and take him to lunch at the California Club.

Walter Beran was born the youngest of four sons in a small town in Texas in 1926 to parents who immigrated from the Czech Republic and Germany. He joined the military at age 17 and was aboard the Leopoldville headed to the Battle of the Bulge on Christmas Eve 1944 when the ship was torpedoed. He survived and went on to earn a Bronze Star and two Purple Hearts in the war. Jim Beran said his father always quipped that he earned the former by “running the wrong way.” Decades later Walter Beran received the Order of the Rising Sun from the emperor of Japan, one of the highest awards the Japanese government can give an American citizen.

Walter Beran began to study accounting during the war by reading textbooks he found. He continued his education at Baylor University—where he met his wife, Annette “Speedy” Lott—after the war ended,

Besides being the youngest of his family, Walter Beran was by far the shortest of his brothers, standing at 5 feet 5 inches tall. The book’s title is reinforced through the picture on the cover featuring Walter Beran with basketball player Magic Johnson.

The Biggest Short Guy took five years to write. It is 154 pages and was self-published through Xulon Press, the largest Christian book community in the country. Walter Beran was a devout Lutheran, his son said, and he hopes the faith-based community will be interested in his story.

Jim Beran wrote The Biggest Short Guy with a ghostwriter, Brent Cole, who chose to have his name not appear on the book.

The Biggest Short Guy was released in July and will be officially launched in October. It is primarily available through Xulon Press online, and is also sold through Amazon and Barnes and Noble.

Moving forward, Jim Beran recently sold his Surfin’ Cowboy restaurant and bar in Capo Beach and is almost finished with a screenplay about Washington D.C., co-written with “Saved by the Bell” co-creator Bennett Tramer. Beran said if he publishes another book, it will likely focus on his father’s letters to his mother.

Ultimately, Jim Beran said he hopes readers will be inspired by his father’s life and worldview.

“This book is really about faith, hope, hope defined as hard work, and love. That’s the essence of who my father was,” Beran said. “If you want to have an amazing life, follow how he lived his.”