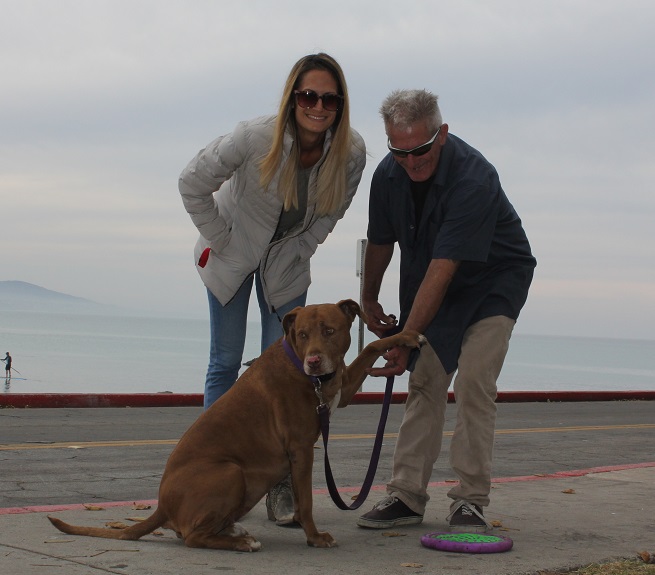 A Home for the Holidays

One Man Finds Housing Thanks to City-Coordinated Resources

Editor’s Note: This article incorrectly stated Leslie Payan was the first homeless person to secure housing through resources offered through the City of Dana Point. He is one of 18 people to receive housing through the city’s partners, such as Friendship Shelter and Mercy House.

Leslie “Joey” Payan, 53, knows Dana Point in ways that most of its residents don’t. He knows where it’s safe to sleep on the streets, where to ask for dog food, or where his belongings might be at risk to be stolen by someone in a similar situation or be confiscated by the city. Since age 19, Payan had been homeless in Dana Point. After a series of good deeds, outreach, regional coordination and what Payan says is his will to seek stability for himself, Payan now has a roof over his head and a vehicle to get to and from his job.

Payan is one the 18 people to be housed after experiencing homelessness in Dana Point and utilizing the city’s resources.

“I want homeless people to have even the slightest idea of how cool the other side is,” Payan said. “Patience pays off. I used to be the man on the corner holding a sign, but now I can say I walk proud with my head held high. It feels greater than I’d ever imagined.”

With an abusive upbringing and the tragic loss of his mother, Payan says he turned to the streets and to substance use. Decades of being homeless have yielded trauma for Payan, including being assaulted in a group attack and sustaining head injuries, as well as years of witnessing violence.

“I was always looking behind my back. I’ve been called every name in the book. I’ve had strangers throw water in my face just to ask if I was thirsty. I’ve been kicked while I was down,” Payan said.

His luck began to change when he found Roxy, a pit bull mix, tethered to a sign near Doheny State Beach.

“We ended up taking care of each other. She’s my best friend,” Payan said. “Having her to take care of gave me a sense of purpose.”

After asking for dog food at the Feed Barn, Payan was offered part-time work at the shop before accepting another job at a local wielding yard. A man identified as Mikey, who knew Payan as a local to the Doheny State Beach area, offered Payan his Ford F150, motivating Payan to get his license and registration. After a series of interactions with Stephanie Ogas of Mercy House, Payan agreed to an assessment in order to qualify for housing through Friendship Shelter. He and Roxy are now residents at an apartment in Rancho Santa Margarita.

“Outreach is not a simple thing. (Mercy House) has their work cut out for them. But their hard work and their services changed my life. I want to thank the good people of Dana Point (Michelle, Matt, Mikey and more),” Payan said.

Payan told the Dana Point Times he was grateful for the compassion of the city’s public works director, Matt Sinacori. Public works crews are often the first official contact made with people experiencing homelessness in Dana Point, before outreach is initiated.

“It really takes someone special, such as Joey, who is ready to move forward. He is unique. And we are thrilled that a local business owner was willing to give him a chance with a job. For me, I am proud to be part of this team and hope Joey embraces his new life. I know how happy he and his dog Roxy are now,” Sinacori said.

To get in contact with an outreach coordinator with Mercy House, call 949.441.6269. To learn more about city-led efforts to reduce homelessness, visit www.danapoint.org.