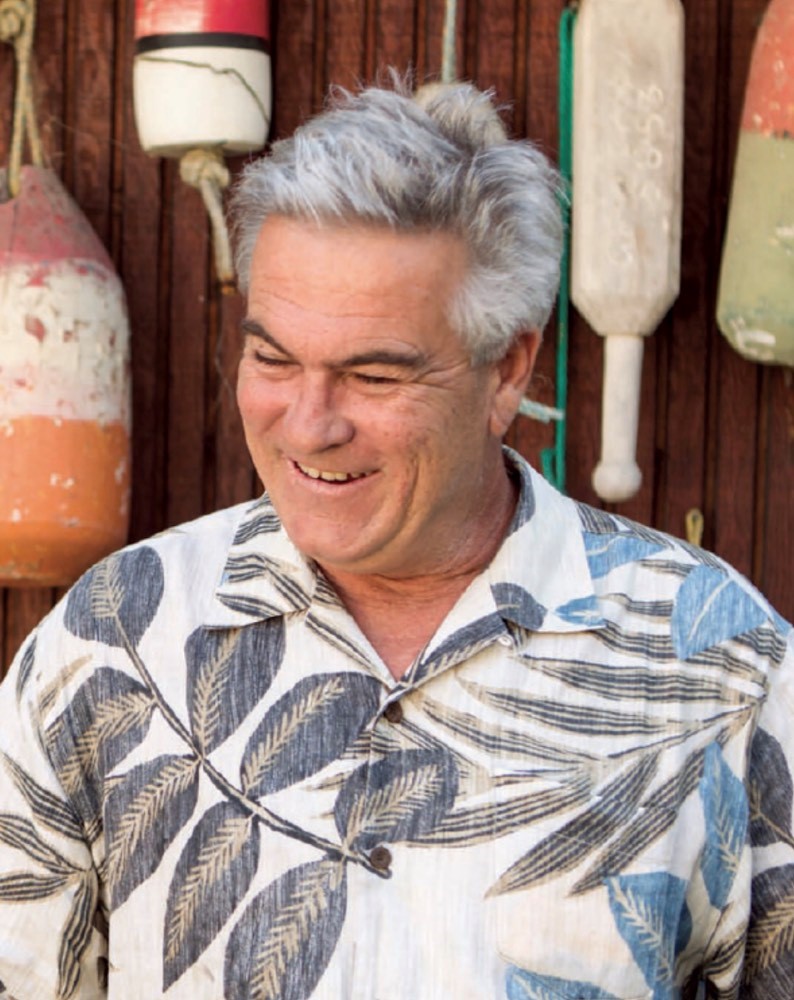 “I made this film to shine some light on the heroes that are saving lives every day and never get any thanks,” explained Marty Hoffman. “Lifeguards are right there on the front lines.”

Produced in association with MacGillivray Freeman Films, the movie details the history of lifeguarding in Hawaii from the early days of the Waikiki Beach Boys in the 1920s, to Eddie Aikau’s big-wave heroics on the North Shore in the 1970s, to modern legends such as Terry Ahue and Brian Kealana pioneering state-of-the-art rescue techniques and water safety strategies.

“I grew up surfing big waves on the North Shore, and the lifeguards there are the real deal. I’ve seen what they do first-hand,” Hoffman told San Clemente Times. “They put themselves in some of the heaviest situations to save lives, and that’s the story I wanted to share with people. I want folks to see and understand what it really means to be a lifeguard.”

Hoffman is the son of the late Flippy Hoffman, who, along with his brother Walter, established Hoffman California Fabrics as an integral textile supplier for the blossoming surf industry in the 1960s and ’70s.

Fun side note, they also supplied the print for Tom Selleck’s famed aloha shirt in the TV series Magnum P.I.

Today, Hoffman still helps run the family business and is a well-respected pillar of the big-wave brotherhood, having spent many a session charging Waimea Bay and Oahu’s outer reefs. He’s also developed a passion for storytelling and filmmaking.

“We’ve been head down working on this lifeguard film since the pandemic began; it’s been a lot of work, but I’m glad we were able to document these stories and share them,” Hoffman said. “We did a lot of interviews with the lifeguards in Hawaii and learned a lot. This really is a story that’s never been told like this before, and I hope it helps bring some awareness to what the lifeguards do and how valuable they are.”

“One thing I hope this film does is attract people to lifeguarding as a profession. There’s a huge shortage of lifeguards out there, and it really is the ultimate job for a surfer,” Hoffman said. “You’re out there on the beach, in the water, training and helping people; I really hope this film gets out there and inspires people to become lifeguards.”

On any given rescue, lifeguards are armed with nothing more than a pair of red trunks and a pair of fins.

“It’s as pure as it gets,” Hoffman said.

Premieres for Big Wave Guardians are scheduled around the country this July. Check martyhoffmanfilms.com to see if anything fits with your summer schedule. Otherwise, keep an eye out for the film’s wider distribution on a streaming platform coming down the tracks soon.

Big Wave Guardians is the first installment of a film anthology Hoffman is calling “This Surfing Life.” He hopes to make more films in the future, including one spotlighting Hobie Alter, the Poche Surf Club and the fascinating scene on Capo Beach’s iconic Beach Road, which drove incredible innovation and development in the early surf industry.

“There are a lot of stories to share, and it’s more important than ever to share them now—and get them right. We’re documenting and preserving the historical record so that generations to come can build on it,” Hoffman said.