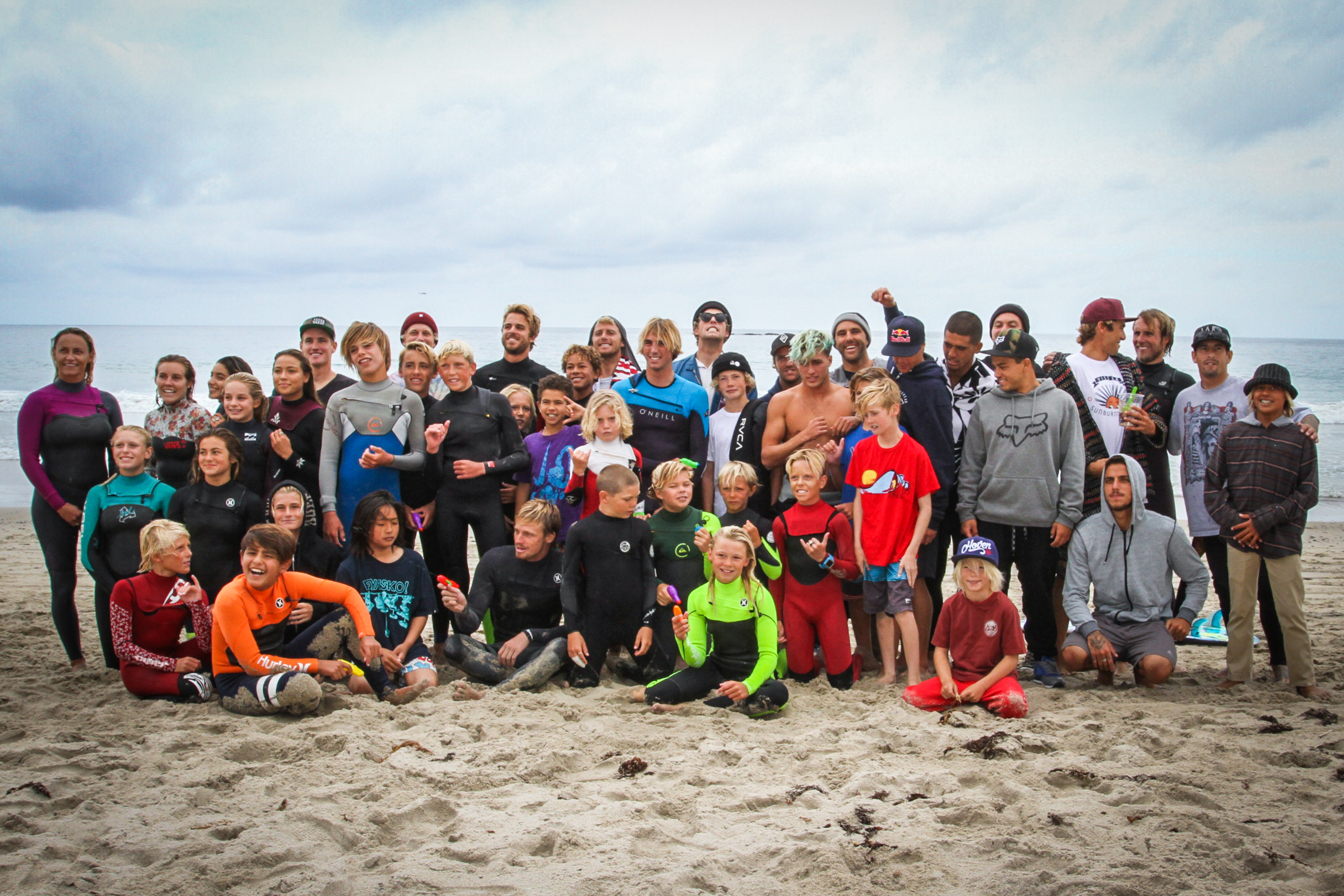 Surfers Shred in a Fish Bowl of Fun

For surf-stoked groms dreaming of a future career in professional surfing, living in or near San Clemente often provides opportunities to watch their favorite pro surfers in action and interact with them in the lineup, or even around town. But for the past few years, San Clemente-based professional surfer Nathan Yeomans has been doing one better—giving them the chance to compete alongside a pro—in his annual Fish Bowl Classic surfing contest.

The fourth annual event on Saturday, April 25, was again held at Riviera, a break known as a favorite locals’ spot.  Gloomy skies and small waves didn’t hamper the smiles, fun or the athletes’ performances.

The Fish Bowl pairs one grom with one professional who compete as a team. Many of the pros themselves grew up surfing the area and are happy to give back to the community through their participation.

This year’s grom competitors were all current members of the Shorecliffs Middle School surf team.

Yeomans said the event’s all-Shorecliffs grom lineup was chosen in an effort to really keep the field local.

“I also wanted to show some support for the kids who have chosen to stay in brick and mortar, local schools,” Yeomans said. “Everyone was shredding and having fun and the band Deepwater was great too.”

This event’s big winners among the men’s teams were Ian Crane and Hagan Johnson. Yeomans and Ethan Mudge came in second, followed by Granger Larsen and Nicolas Coli in third, Kolohe Andino and Kade Matson in fourth and Luke Davis and Max Beach in fifth. Geoff Brack took top honors in the OG Expression Session. The team of Alexxa Elseewi and Kirra Pinkerton took top honors among the women.

“What an epic day,” Yeomans said. “This is what it’s all about, the surf tribe getting together and enjoying the sport we all love. The best Fish Bowl Classic yet. So much insane talent and support by all. Thank you everyone for making this contest so awesome. Thanks to all the sponsors for being a part and helping make this happen.”