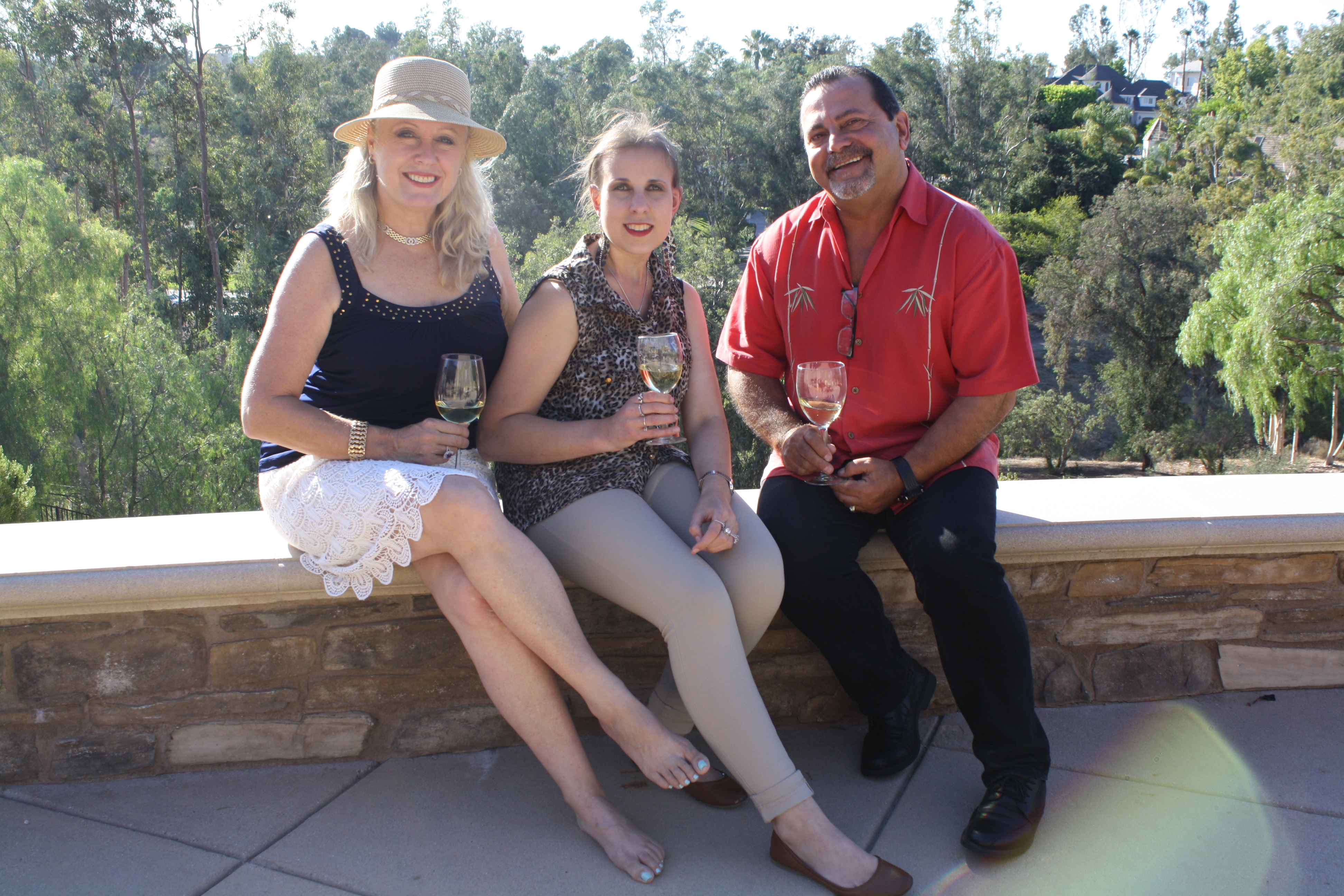 A Family Affair: A Health Situation Brought City Business Owners Closer to Foundation, Each other

June 10, 1994 is a day that the Scognamiglio family will never forget. It was the day that their oldest child, Lisa, was diagnosed with a brain tumor.

Since then, the family has gone to multiple doctors’ appointments, therapy sessions, and waited countless hours as Lisa has had a number of surgeries and MRI’s.

It all started when Lisa complained of an earache, but the doctors said it was nothing and would send her home with antibiotics. This continued for a couple of weeks until Lisa fell down at school.

“I got a call from her school saying I had to go pick her up because she kept falling down,” Enzo said. “She was disoriented; one of her eyes kept looking up while the other looked down.”

One doctor began to do neurological tests on her and told them Lisa needed to be admitted to Mission Hospital right away.

And then they heard the news.

“I was feeling chaos, confusion, loss of control,” Enzo said. “I was ignorant I didn’t know what a brain tumor was, mind you this was 25 years ago. [I thought] she’s 4 and a half, that’s impossible. They tell you your child has a brain tumor and you have 50-50 chance of survival. You don’t understand what that means.”

Lisa said she doesn’t remember the diagnosis day and doesn’t recall a lot of the doctor visits.

“I do remember some, but not all of them,” Lisa said.

While Lisa was admitted into the hospital, Jill was six months pregnant, and passed out because she was in such shock that she ended up delivering their son Marco. He was born prematurely and weighed a little more than three pounds.

“That was our bad time,” Enzo said. “I went into robotic mode, I had to. I had Lisa on one floor, my son on another and Jill on a third floor.”

The Scognamiglio family said they went through a lot, not only personally but financially at the time, but they knew they needed to be there for their two children.

“I moved into the hospital, we pretty much lost everything. I couldn’t go back to work,” Enzo said.

When Lisa was well enough to leave the hospital, along with Jill and Marco, the long journey of the car rides back and forth from San Diego for the appointments began.

Jill and Enzo said Lisa was “touch and go” for the first two years.

“After the initial surgery, she had six more,” Enzo said. “Every surgery she would come out and it would set her back. “

Although the couple was criticized for the amount of therapies they put Lisa into they continued. This is something, they say, that has helped her the most.

One of the therapies included ballet classes.

“When Lisa said she wanted to do ballet, we told her she couldn’t, but she started. She kept going, and the teacher put her in a recital,” Jill said. Her eyes began to tear up as she recalled the memory.

She smiled and wiped away a tear before continuing. “The other kids on either side of her were holding her up.”

Enzo, beside Jill, began to tear up as well. But they smiled, picturing their daughter in her recital outfit, holding onto other children as the routine continued.

“It’s hard to talk about all those years ago,” Jill said. “But she did it.”

Enzo said she could do it because Lisa is hardheaded and just want to be treated like any other kid.

Now, in the family’s Laguna Hills home, Lisa has her jewelry, clothes and shoes organized.

The new personality traits were just one thing the family needed to adjust to.

“She doesn’t like change, she’s a creature of habit,” Jill said as she sat at the family’s dining room table on Wednesday.

Lisa said she has a routine, she takes the bus to work in Newport Beach, she goes to the gym once a week, she goes to the market with Jill, and she spends her weekends with her boyfriend Jordan.

Enzo said she’s always on the go. But Sunday’s are reserved for family, whether they’re cooking, cleaning or just running errands together.

Another thing the family is all involved in is the fundraising they do for the Pediatric Brain Tumor Foundation, in which Jill is a board member. The couple said they used to be quieter about it and would raise some funds, but nothing like the amounts they bring in today.

“Twenty-five years ago the word cancer was bad, you didn’t talk about it,” Enzo said. “Now, that’s why we do this, we believe the more you talk about it the more acceptance there will be and the more people will help each other.”

In June, the couple held a fundraiser for the foundation and was able to bring in more than $50,000.

“We have a soft spot for kids, and cancer,” Enzo said. “It feels really good to raise the amount we have with the help we’ve gotten.”

On Wednesday night, the family gathered in their kitchen to begin preparing for their meal, they laughed and joked with one another. They have been known around Dana Point in one of their many businesses including Brio Tuscan Grille, but at home, they’re just a family continuing to go with Lisa to her MRI’s, and being thankful every day that she has had a clear scan.