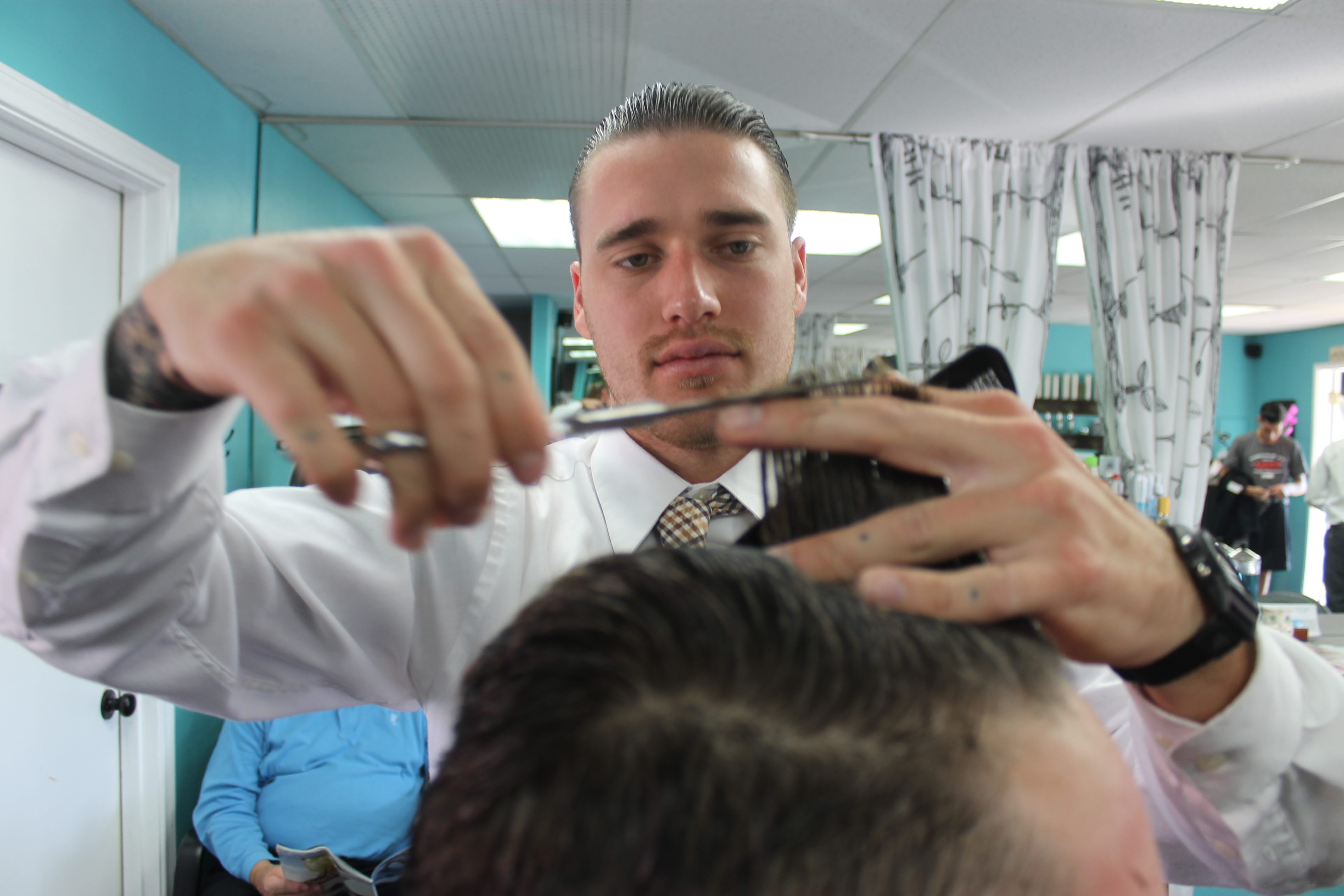 The Kings Club Barbershop picking up the pieces after fire

Classic American-style barbers with perfectly-manicured beards and dressed to the nines may be an unusual scene inside a beauty salon, but since a fire ripped through The Kings Club Barbershop that’s exactly the site seen at Salon Revelation.

On Sunday, Jan. 19, an electrical fire cut through Mike Swenson’s La Plaza located shop, causing an estimated $225,000 in damages. Flames quickly took over the barbershop, but Orange County Fire Authority crews had the two-alarm blaze under control within 20 minutes.

The damage was extensive, but by Wednesday that week, Swenson and tenured barbers Scott Young and Matthew Schnitzer were back up and running, thanks to nearby Salon Revelation owner Dayna Dallas.

“My heart went out to them,” Dallas said. “I know that as a community we all need to pull together in times of crisis … and these guys need to be able to provide for their families.”

The community’s support continues with a benefit event Saturday, Feb. 22 at Hobie Surf Shop, near La Plaza Park. Festivities include food, raffles, haircuts and live-music performances by Young’s band Vinnie and the Hooligans and Live Oak Review. The event to raise money for Kings Club repairs runs from 3 p.m. to 8 p.m.