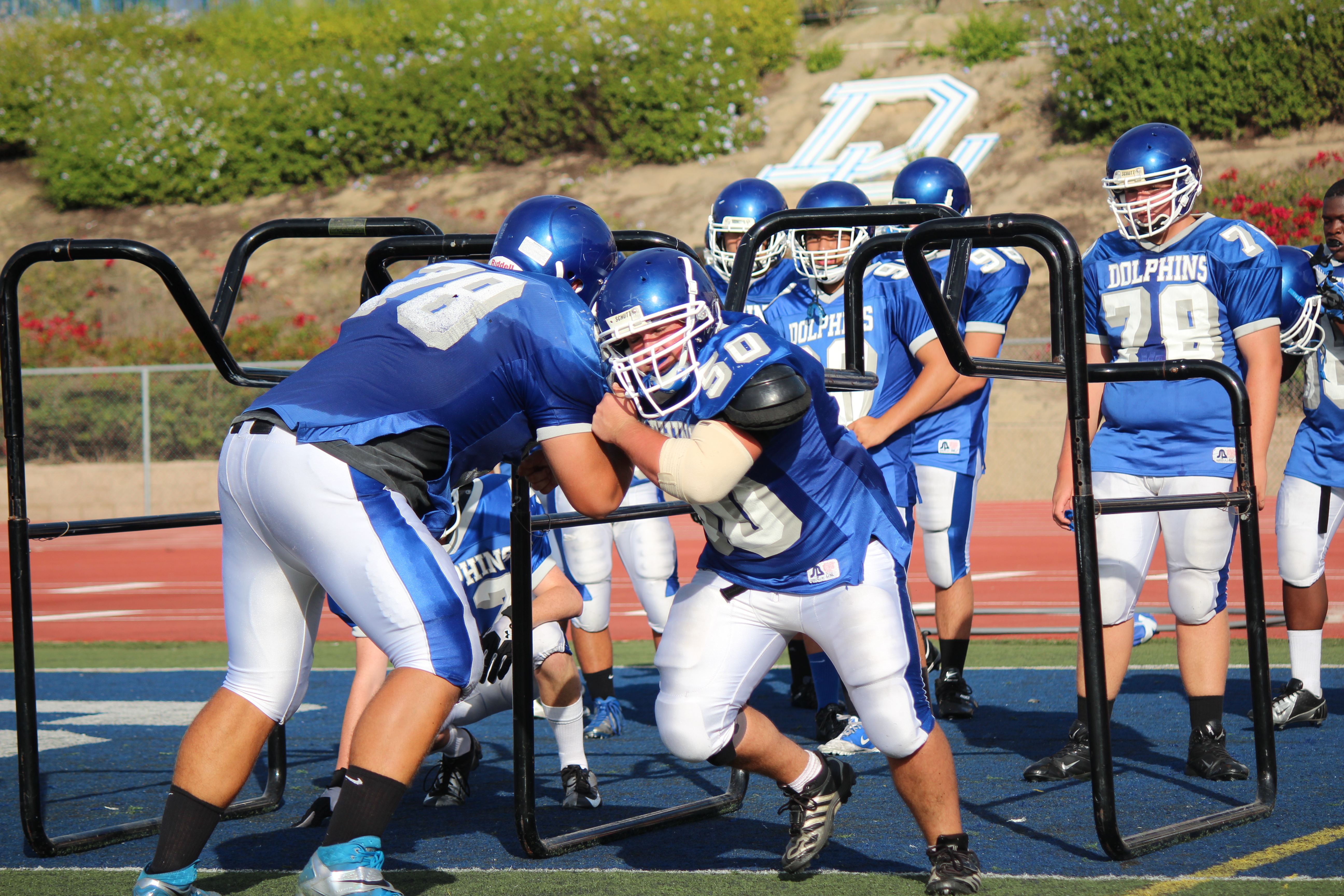 A Change in the Football Landscape

As health and safety concerns surrounding high school sports have crept ever increasingly into the public consciousness, the California prep scene, particularly on the football field, has had a different look this summer.

The two-a-day practice regimen is fading fast, as more schools adjust to the law of the land, which changed back in mid-July following a push for player safety, specifically when dealing with concussions.

On July 21, Gov. Jerry Brown signed off on bill AB 2127, which limits the number of practice hours a high school athletic program, public or private, can ask of its players in any given week. The new practice time limit, capped at 18 hours a week, coincides with other measures in the bill, which also restricts teams from conducting more than two full-contact practices per week during the season. Those full-contact practices can last no more than 90 minutes each and cannot take place on consecutive days. Full contact practices during the offseason are prohibited.

Up until this season, there were no restrictions on practice times. The only day teams could not practice was on Sundays.

The California State Legislature has made the intent of the bill clear: Shortened full-contact practices, along with a heightened awareness on how to recognize concussions, can equate to fewer injuries.

With the passing of the bill, which was proposed by Assemblyman Ken Cooley (D-Rancho Cordova), California joins 19 other states in this initiative.

The world of the high school football summer practice season, romanticized by the two-a-days practices and “hell week,” has been altered. But at San Clemente High School, head coach Jaime Ortiz and his staff have not had to change much in the wake of the state’s ruling.

For the past two seasons the Tritons have held fast to Ortiz’s belief that one four-hour practice in the morning is sufficient enough to get their players game-ready by the start of the season. Like most programs in the area, San Clemente used to conduct two-a-days as part of their summer routine. But following the 2011 season, when the Tritons reached the CIF Championship game and played a total of 14 contests, the staff realized they need to reorganize how to maximize their players’ energy over the course of a long season. That meant cutting back on preseason workouts to make for fresh legs in the winter.

“I think the old days of going two-a-days is kind of going by the wayside. I know other programs out there that still take great pride in, ‘We’re going to go five hours and come back in three hours and go another four hours,’” Ortiz said. “But we told our kids there is an old saying: ‘You don’t want to count the reps, you want to make the reps count.’ So for us, (the new rule) forces you to be a little more efficient because you have a little less time to work with the kids.”

The Tritons have adjusted to the limited amount of practice time by fine tuning their own game. Rather than taking part in an extensive 7-on-7 summer passing league schedule, the Tritons have mainly stayed close to home in the confines of Thalassa Stadium.

The last two weeks of the offseason were spent game planning and conditioning so the Tritons would be ready once preseason camp opened up on Aug. 11. On Monday, the Tritons were busy installing their offense and defense, something that usually takes place in the latter stages of camp. Knowing they only get so many hours to practice has allowed the Tritons to kick start the process and get a head start.

It may be different, but Ortiz sees positives in the new, slightly condensed high school football practice rules.

“We knew coming in that these 18 hours will limit our contact with the kids … so we had to do less 7-on-7 and focus on San Clemente,” Ortiz said. “In the summer, we did more football than we’ve done in the past. We’ve really focused on the X’s and O’s and fine-tuned things … I think it has paid dividends for us.”

At Dana Hills High School, head coach Todd Rusinkovich and his staff have had to make some minor adjustments, like eliminating two-a-days. But the biggest hurdle the Dolphins staff has had to overcome has taken place off the field.

The 18-hour time limit applies to all football related activity, be it on-field practices, team meetings, weight training and even breaking down film. All of that time spent off the field tends to add up quickly.

“I understand limiting hours, I think it’s smart. The biggest part that’s missed is in the classroom, to get guys mentally prepared for games,” Rusinkovich said.

Rusinkovich said that his team had a productive summer and trained hard, which should pay off conditioning-wise after the cancellation of two-a-days.

The jam packed schedule has put the Dolphins, along with the rest of the football programs in the state, in double time—at least for the next two weeks.

“We have to maximize the time we do have with the players. Every second counts,” Rusinkovich said. “It’s making sure there is no dead time. We are making sure we maximize all of those 18 hours.”