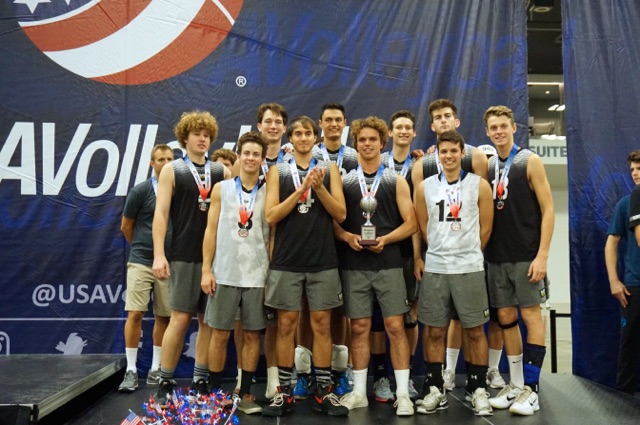 The 949 Volleyball Club’s 18’s boys team’s run through the USA Volleyball Junior National Championship tournament came down to the final set on July 4.

The local club team, which draws players from Dana Point, was in a closely contested game against Balboa Bay Volleyball Club in the championship match in Columbus, Ohio. The two teams each split the first two sets, but BBVC bested 949 in the decisive third to claim the prestigious gold medal.

The 949 18’s team’s second-place effort at the high-profile tournament capped off a spectacular week of competition, which saw them advance out of pool play in the tournament’s gold division and go undefeated until the championship match.