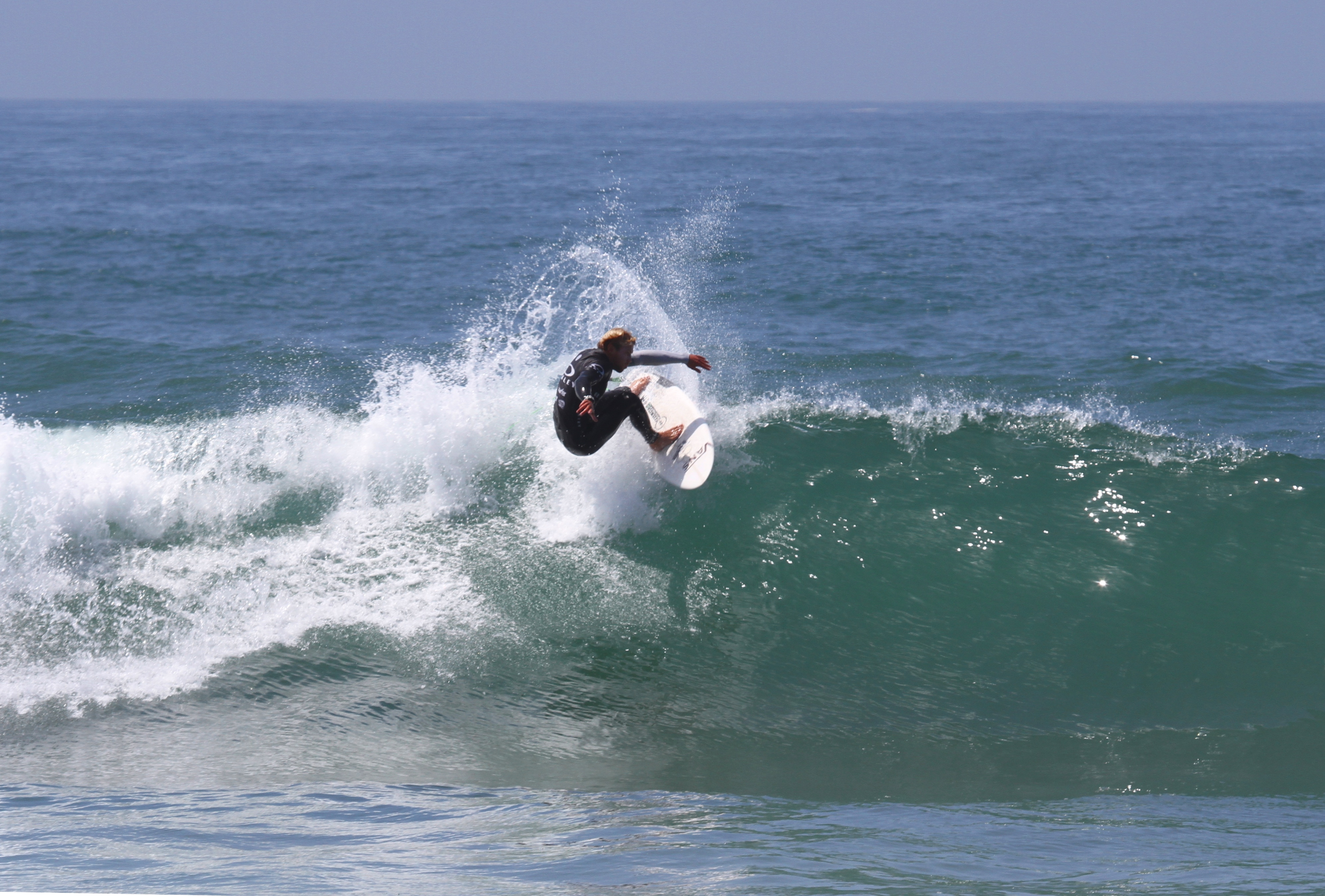 Going into the final day of competition Saturday at the Oakley Lowers Pro—April 28-May 2—Tanner Gudauskas was the last San Clemente surfer still in the mix.

Luke Davis of Capistrano Beach, along with Evan Geiselman, Chris Ward and Nate Yeomans of San Clemente were eliminated in Round 1. Kolohe Andino was out in Round 2 and Round 3 claimed Patrick Gudauskas.

After taking out Brazilian Miguel Pupo 14.77 to 11.83 in Round 4, Gudauskas was set to face Australian Wade Carmichael in heat No. 3 of the Quarterfinals.

“I’m stoked to keep going … ,” Gudauskas said after his heat. “It’s rad to have so much support on the beach … I’m just super thankful.”

Gudauskas’ campaign came to an end in the quarters with Carmichael winning the heat 15.73 to 14.50.

At the end of the day, Brazilian Filipe Toledo claimed victory, earning 10,000 points toward his World Surf League ranking and a $40,000 prize.