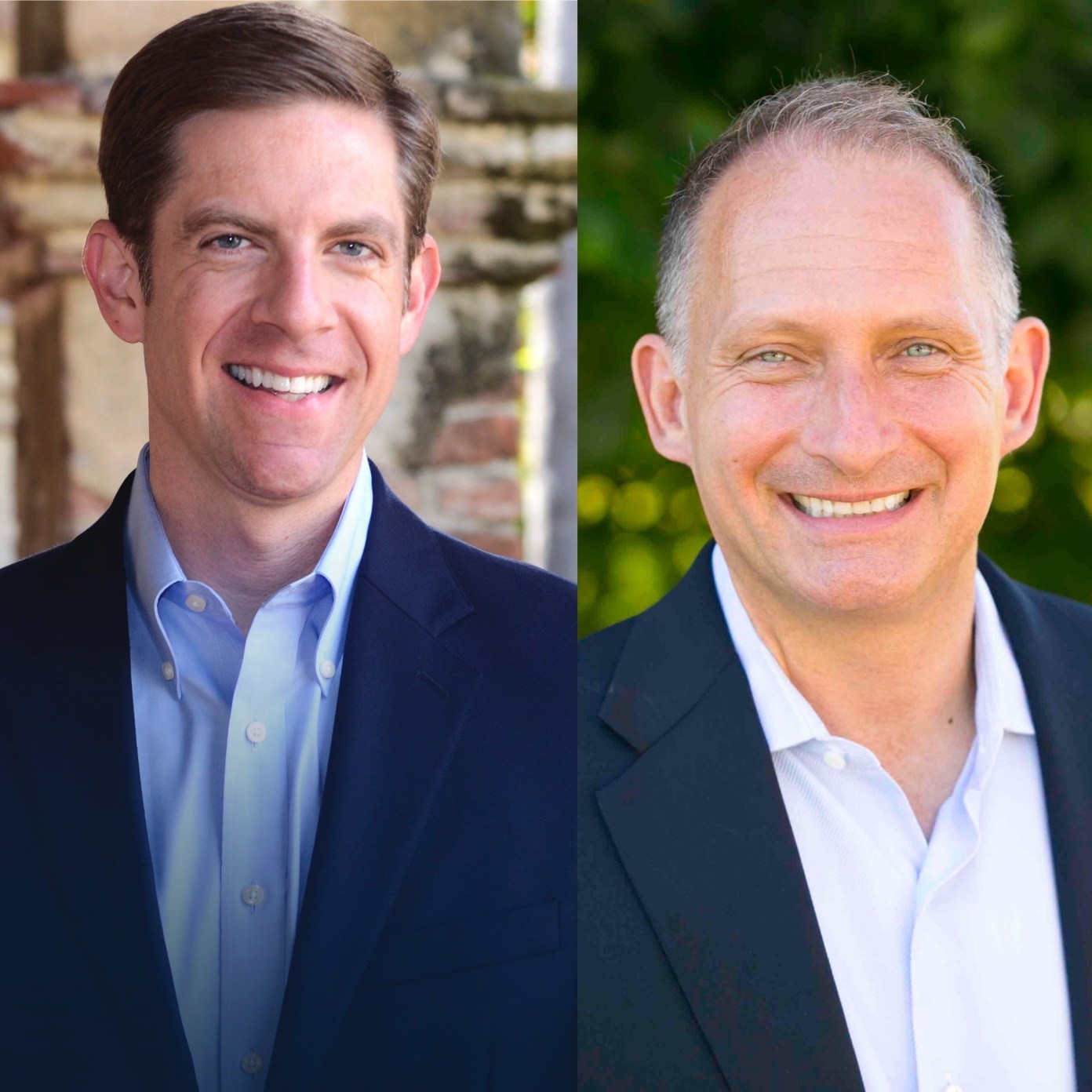 Democratic incumbent Mike Levin and Republican challenger Brian Maryott are facing off in the race for the 49th Congressional District, which covers portions of Orange and San Diego counties.

The two candidates addressed a slew of issues heading into the general election, including challenges from the COVID-19 pandemic, environmental concerns and protests against police brutality.

“Working with colleagues on both sides of the aisle, we’ve provided enhanced unemployment insurance, nutrition assistance, rental support and eviction moratoriums, and direct stimulus payments for those most in need,” Levin said. “I fought to improve the Paycheck Protection Program so that more mom-and-pop businesses here in our district received assistance and kept employees on their payrolls.”

Maryott said state government has stood in the way of small and medium-sized business owners, while major corporations were allowed to remain open, and that employers of all sizes are going to require short-term payroll tax relief and protection from COVID-related liability.

“In Congress, I will fight to further drop tax brackets for our low- and moderate-income earners, and make the doubling of the child tax credit and standard deduction permanent for our families,” Maryott said. “I will lead an effort to supercharge opportunity zones to attract investment in the district, and I will work collaboratively with either a Trump or Biden administration to leverage federal dollars in our communities.”

Levin said pressing issues he tackled over the past two years included radioactive waste at San Onofre, raw sewage from the Tijuana River Valley and erosion of coastal bluffs. He introduced legislation that would expedite the removal of nuclear waste from decommissioned plants in areas with high population density and a seismic hazard, such as from the San Onofre Nuclear Generating Station.

“We’re also seeing coastal bluffs erode and collapse throughout our district, threatening lives and property,” Levin said. “That’s why I was proud to successfully secure $505,000 from the U.S. Army Corps of Engineers to stabilize the bluffs in San Clemente, and another $400,000 in federal funding for the Planning, Engineering & Design (PED) phase of the Encinitas-Solana Beach Coastal Storm Damage Reduction Project.”

Maryott said he will join other California Representatives as part of legislation to restart the development of the Yucca Mountain Repository. Maryott said he additionally supports commercial providers developing interim storage solutions, since potential profit “may be the exact motivation” the area needs to get San Onofre waste off the beach.

“Importantly, I will also work to oppose efforts to try and overhaul our energy system by government control and government mandate,” Maryott said. “This means opposing the Green New Deal, which if enacted, would quite simply destroy our way of life. Mike Levin is a co-sponsor of this naïve manifesto, joining with AOC and other members of his Progressive Caucus. It is extreme and dangerous, and putting it forward as a serious proposal is unhelpful to the dialogue.”

The candidates also gave their perspectives on the national racial reckoning that arose after the deaths of George Floyd and Breonna Taylor. Levin supports law enforcement and criminal justice system legislation that prohibits racial, religious, and discriminatory profiling; bans chokeholds and no-knock warrants at the federal level; limits the transfer of unnecessary military-grade equipment to local police; expands the use of dashboard cameras and body cameras; and establishes a National Police Misconduct Registry.

Levin said the majority of police officers are honorable people, and he does not support defunding the police.

“However, I do support more funding for community policing programs to improve relations between law enforcement and communities of color, as well as funding to diversify police departments,” Levin said. “I also will continue to advocate for greater investments in our social services and programs to lift up underserved communities.”

At the federal level, Maryott said he supports proper resources that allow communities to do the best and most thorough job possible of vetting new hires, training, and holding police officers accountable for their conduct on a daily basis. Maryott does not support defunding or reimagining policing.

“I will not abandon our officers and any hope for safe communities here in our district,” Maryott said. “I will not vote to end qualified immunity. I enjoy this protection, as does Rep. Levin. We need to retain our best police officers, not strip them and their families of the needed peace of mind that helps them cope with a very stressful and demanding job.”

Levin and Maryott also addressed health care and other topics. On health care, Levin said everyone in the district should have access to affordable, quality health care, and nobody should have to choose to pay for rent or groceries, instead of seeing a doctor or paying for a prescription.

“I’ll continue to work to strengthen the Affordable Care Act and maintain protections for preexisting conditions that some are fighting to eliminate,” Levin said.

Maryott said he will diligently oppose attempts to have the government running health care.

“Through a robust private health care and health care insurance industry, we can provide choices and peace of mind to everyone in our communities, and never lose sight of the physically/financially vulnerable or anyone with pre-existing conditions,” Maryott said. “We are a wealthy and dynamic enough country to have it all. We are not Great Britain—and we should never, ever socialize our health care system. It’s a life-and-death issue.”

As for military and veteran issues, Levin said he introduced the Homeless Veteran Coronavirus Response Act to expand and strengthen Department of Veterans Affairs services for homeless veterans after the pandemic began, and he is concerned about reports that veterans are seeing delays in prescription deliveries as part of recent publicized troubles with the Postal Service.

Maryott said he supports strong and predictable military spending, and will “strenuously debate” the Progressive Caucus on their “naïve ideas” about the world we live in and the “enormity of what we are asking from our servicemen and servicewomen around the world.”