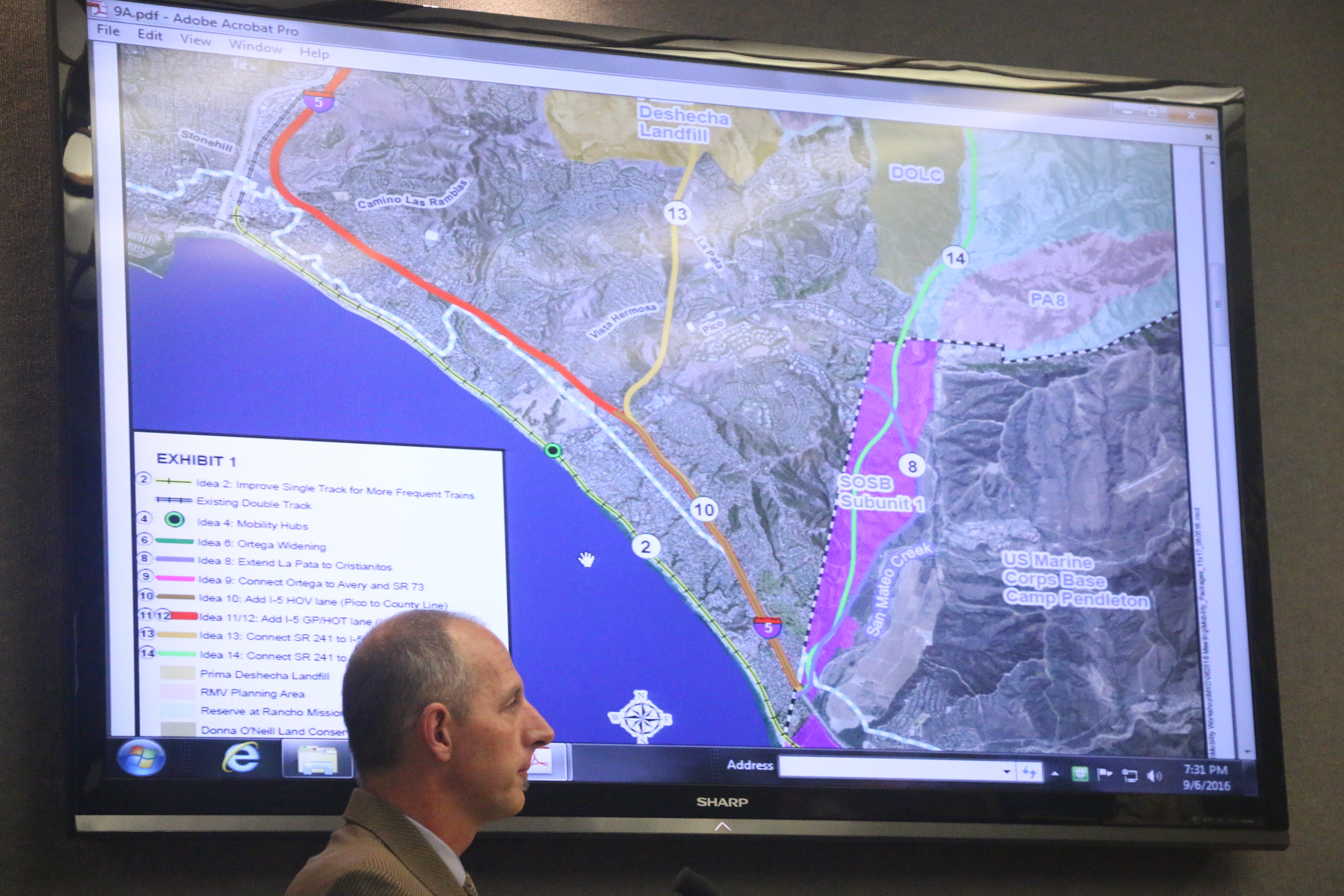 After the Transportation Corridor Agencies (TCA), the board overseeing The Toll Roads in Orange County, was unable to extend the 241 down through Trestles and San Clemente a few years ago, a new development proposal is in the works.

During the Tuesday night San Clemente City Council meeting, officials discussed proposals on which the TCA is working. Two major proposals concerned Council members. One would extend the project through Avenida La Pata and connect to Avenida Pico. Another would construct a toll road around the eastern portions of San Clemente and into Cristianitos. The primary goal is to get the 241, which ends at Ortega Highway in San Juan Capistrano, connected to the I-5 freeway.

Another alternative would extend the southernmost part of La Pata to Cristianitos.

Most of the concerns the Council had regarded the increase in traffic and construction through the rest of the city.

The Council ultimately voted unanimously to pass a resolution to oppose the ideas to connect La Pata and Cristianitos to the 241.

A forum will be hosted by the TCA and local officials at 5 p.m. on Oct. 5 at St. Andrew’s by-the-Sea, 2001 Calle Frontera in San Clemente. To see the maps of the proposals, view this story at www.sanclementetimes.com