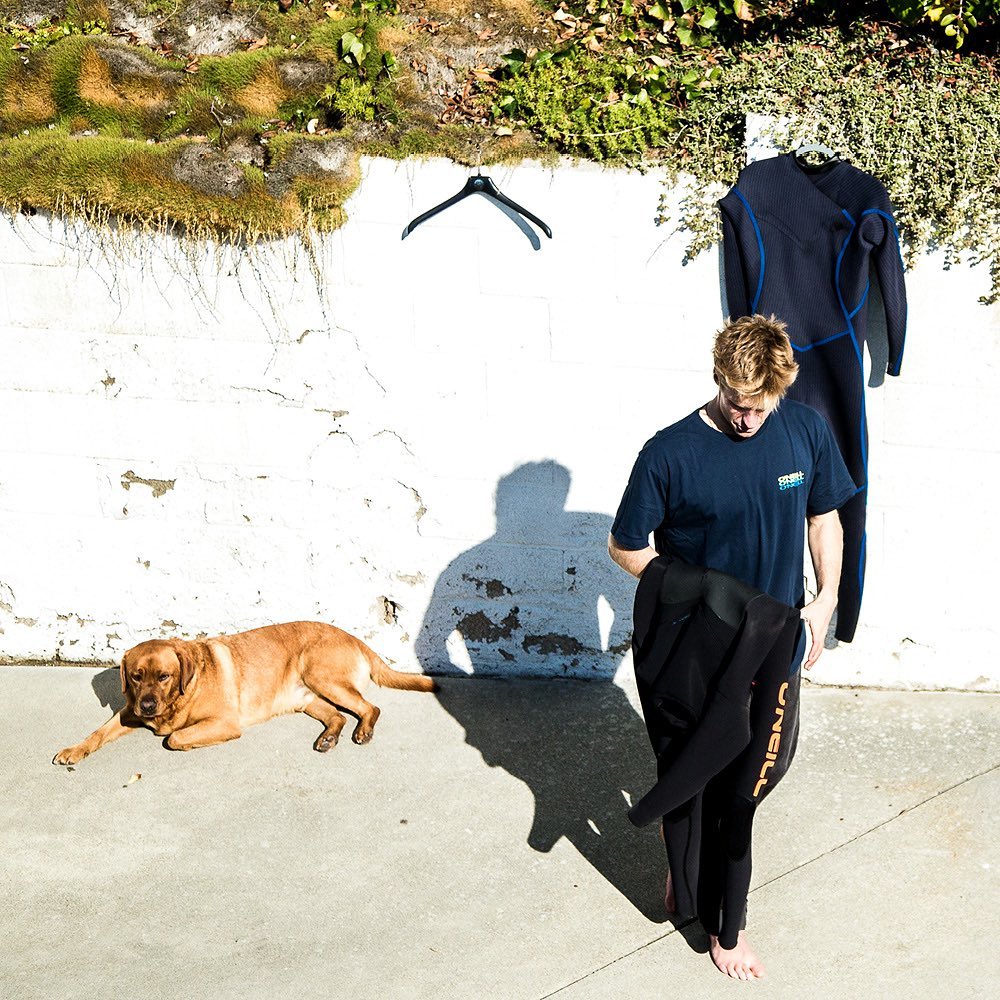 From New Surf Shops to Miraculous Recoveries, the Vibes Are Up in the Local Surf Community

The New Year is here, and it’s already started with a flurry of positive energy.

For starters, San Clemente’s Kolohe Andino, who is a veteran of the WSL’s Championship Tour and competed in surfing’s Olympic debut in 2021, has plenty to celebrate. The proud father of a new baby girl, he just announced that he has also inked a new sponsorship deal with iconic wetsuit brand O’Neill.

“With so much heritage in the sport, I am honored to be a part of the O’Neill team and excited for the years to come,” Andino shared on his Instagram account.

Andino started his career riding for Billabong before joining Nike’s ill-fated foray into surfing. For the better part of a decade, Andino has represented surfwear brand Hurley. He will now join his longtime friend and San Clemente’s own Ian Crane, as well as South African Championship Tour stalwart Jordy Smith and rising Oceanside phenom Caity Simmers, on the O’Neill squad.

One of the original surf companies, Jack O’Neill opened his first surf shop on the Great Highway in San Francisco in 1952. But it was O’Neill’s innovations in wetsuits that really set his company apart. They also played a prominent role in the development of the surf leash.

Given Andino’s commitment to surfing and his deep appreciation for its roots, this new relationship should bring lots of exciting new energy to the water.

A few weeks ago, we reported that local surf artist Drew Brophy had been hospitalized due to COVID-19. On a ventilator in an intensive care unit for a month, Brophy has since made a dramatic turn for the better. His doctors called his improvement over the holidays a “Christmas miracle.”

“Yesterday, Drew asked, ‘What day is it?’ I told him Dec. 27, and he realized he had been out since Thanksgiving,” his wife, Maria Brophy, shared on Facebook. “He was surprised, and I was afraid the news would send him backwards. But he handled it like the bad (expletive) that he is!”

“Drew cannot talk yet, but he can write with a pen on paper, and he can mouth words,” Maria continued. “We have a ways to go, but Drew is getting better. He is fortunate that his body was so strong and healthy before all this. Besides his lung inflammation, the rest of his body is in great shape. Yesterday’s CT Scan showed no permanent damage to his lungs, and that was great news!”

According to the Orange County Health Care Agency, as of Monday, Jan. 3, there were 545 people hospitalized in Orange County due to COVID-19. Of that number, 104 people are in ICUs.

Finally, Rip Curl just celebrated the opening of a new shop in Dana Point. Located on the corner of Pacific Coast Highway and Amber Lantern, three-time World Champ Tom Curren was on hand jamming some tunes for the celebration before Christmas.

As water temps take a dive this winter, be sure to swing by and check out the latest and greatest, including the shop’s award-winning line of wetsuits,

The only real downside for our local surf community lately has been the disappearance of anything resembling a rideable wave. After an autumn to remember, winter has been a complete bust thus far.

I’d love to be more optimistic and point to a big, old west swell setting up in our swell window, but forecast models for the next several weeks are not promising. Thankfully, recent storms have brought a ton of new snow to the mountains, and there are plenty of other ways to stay entertained—but some surf would be nice.