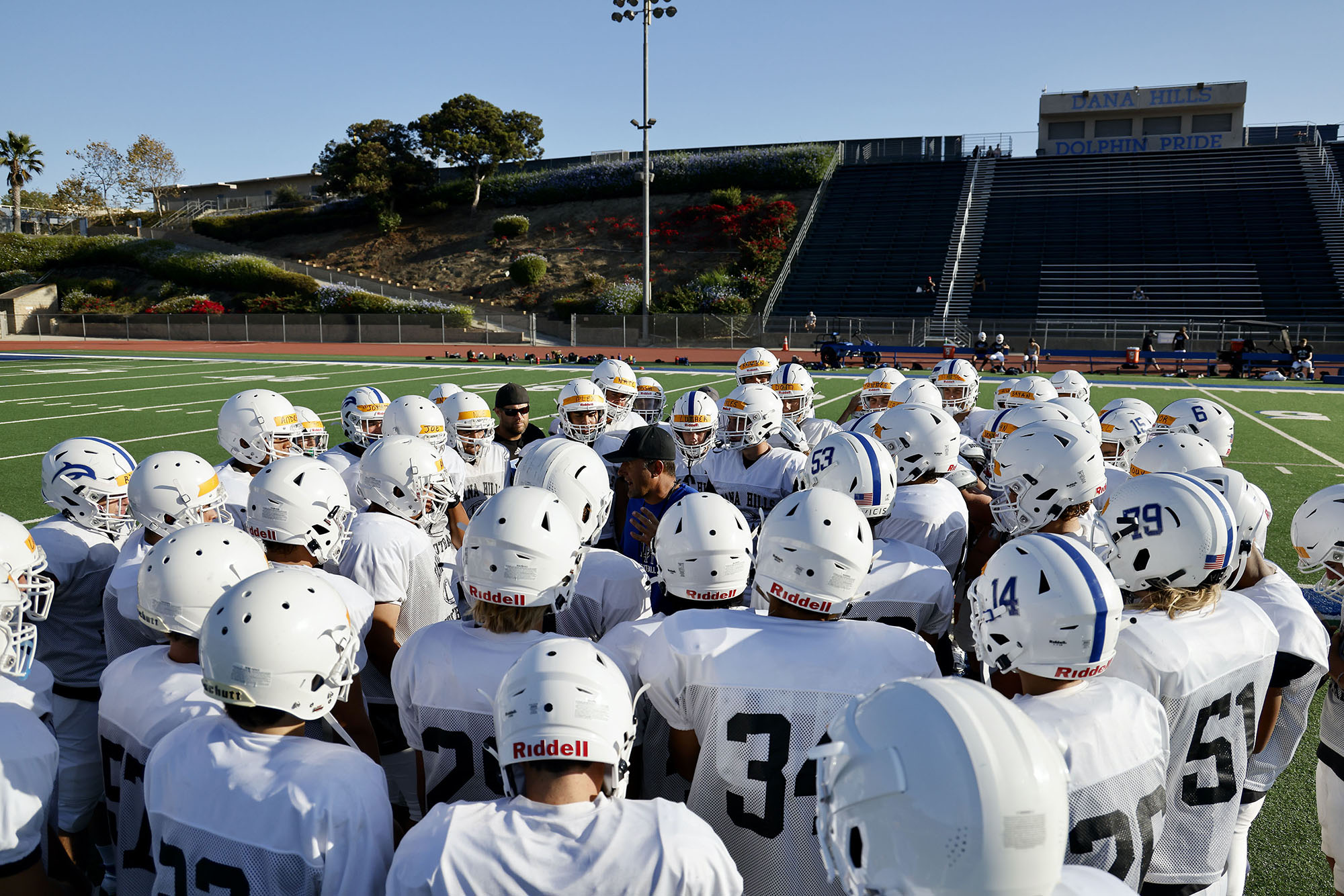 Click here to view the print version of this special section

Last season was a little bit of good news and a lot of bad news for University.

The good news was the Trojans won their first game since 2018, and even won back-to-back games to post a winning record three games into the season.

The bad news was the ensuing four consecutive shutouts, as University was absolutely rolled by the Pacific Coast Conference. The Trojans lost their final seven games of the season by a combined score of 308-27.

University will need a lot to change to be successful this season.

Laguna Beach was a potent offensive team, particularly in the air with 3,356 passing yards and 45 passing touchdowns. The Breakers’ only regular-season blemish came against Dana Hills.

However, like the Dolphins, Laguna Beach will need to do some rebuilding of that explosive offense, as the Breakers graduated their quarterback and top receivers.

Despite being neighbors, Dana Hills and Laguna Beach haven’t played frequently. The two played for the first time this millennium in 2018, when Laguna Beach won, 34-8. Dana Hills won, 10-7, in 2019 and again last season.

Aliso Niguel has been Dana Hills’ most fierce local rival on the football field, but the series has gone in streaks. Dana Hills won eight straight from 2005-2013, and Aliso Niguel won the next five. The Dolphins broke the Wolverines’ streak last year with a last-minute touchdown in an absolute thriller.

This season, Aliso Niguel’s offense is in the hands of junior quarterback Hunter Najm, who started the last three games for the Wolverines. Najm threw for 605 yards, four touchdowns and four interceptions in those games.

Last season was a strange one for Woodbridge. The Warriors were handled fairly easily in their nonleague slate, rebounded for a couple league wins and then put together their most successful playoff run in years with a trip to the CIF-SS Division 12 semifinals.

The good thing for Woodbridge is that all its main contributors from that run return. It was the youth that took over late in the season.

Dana Hills welcomes a new face to its schedule, as the Dolphins travel to Eisenhower in Rialto.

Last season, Eisenhower took its first steps on the football field since 2019, as the Eagles did not have a 2020 season at all due to the COVID-19 pandemic. In 2021, Eisenhower was basically a two-man show, with a running quarterback and a top receiver who both graduated.

This is only Eisenhower’s second game against an Orange County team in recent years. The Eagles traveled to Newport Harbor in 2015.

Last season was more than a struggle for Beckman, as the Patriots found themselves on the wrong side of a lot of big scores. Beckman’s only two wins came against a 2-7 Bellflower team in the season opener and a 2-8 University team.

Beckman had five different players attempt a pass last season, with three earning significant time. Two of those main quarterbacks were a freshman and a sophomore. The Patriots also return their top rusher.

It’s a long way to contending for the Patriots.

Despite a winless league record, Portola was a formidable team last season. The Bulldogs committed to the ground game and were competitive in every league game. Portola still qualified for the playoffs in Division 9 but lost in the first round to the eventual champion, Colony of Ontario.

Portola graduated its star running back and its quarterback, but the Bulldogs have proven to be a well-coached and disciplined group under Peter Abe. They’ll be no slouch this season.

Portola has put up a 21-8 record over the past three seasons.

Irvine posted its first unbeaten regular season since 2000 and won its second straight league title last season. The Vaqueros’ unfortunate reward in the new CIF-SS playoff system was a jump up to Division 4 and a road game against eventual CIF-SS finalist St. Francis of La Cañada.

Irvine has won three of the past four against Dana Hills.

Laguna Hills is a prime candidate for major improvement this season.

Laguna Hills was good last season, and with most of its team intact, they should be even better.

Senior Kaden Austin is the quarterback, and seniors Nick Ferlauto and Troy Leigber are the returning running backs.

Northwood caught fire at the end of last season.

Once the Timberwolves hit league play, Northwood dominated its league opponents and rolled through the Division 11 playoffs for the program’s first CIF-SS championship.

Northwood now moves up into the Pacific Coast League, and while the challenge will be tougher, the Timberwolves will be better off for their playoff experience and a host of returners.