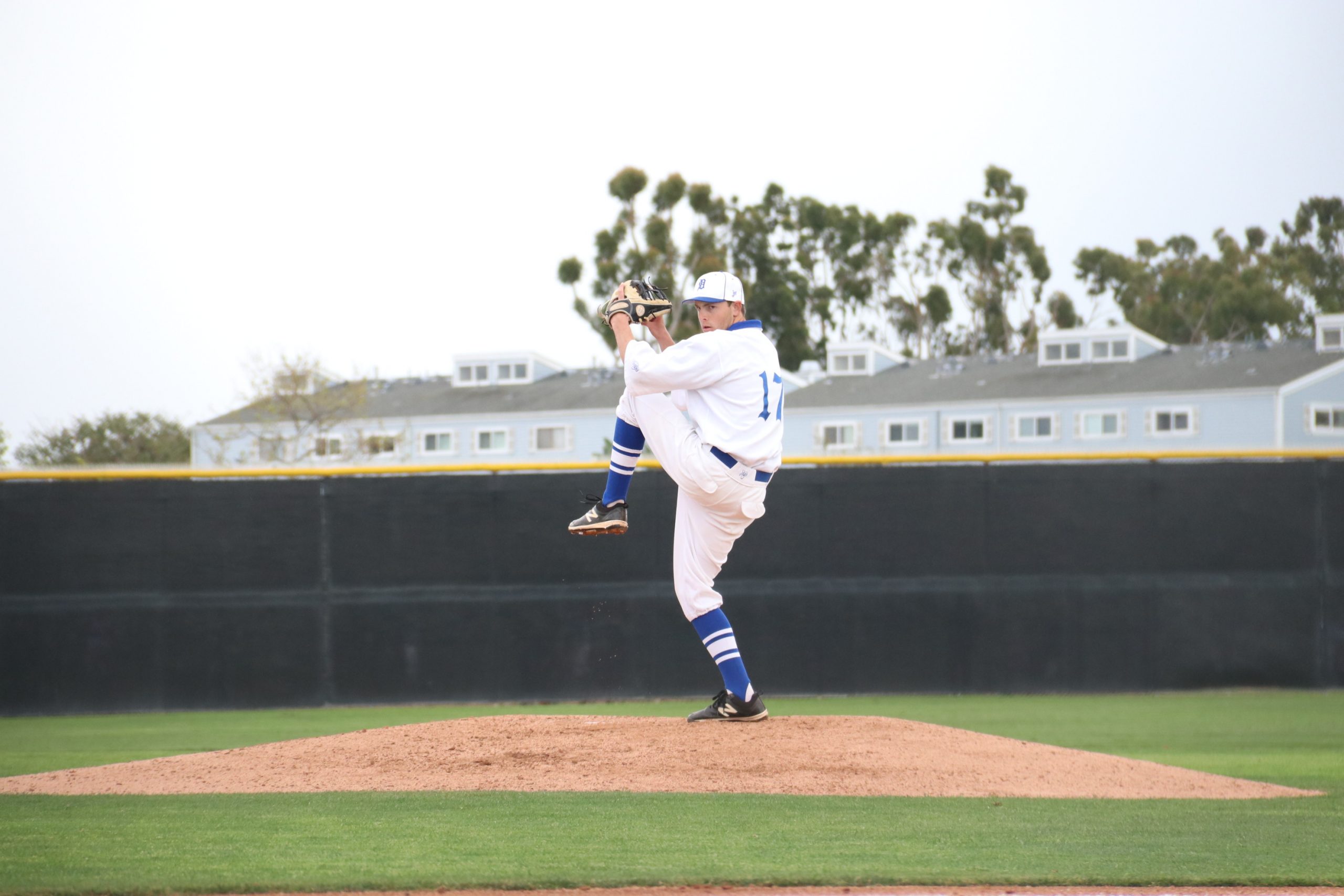 The spring sports season is by far the busiest season of the CIF-Southern Section sports calendar, and it’s as busy as ever at Dana Hills High School.

There are 11 sports widely contested in the spring season, and all of them are in action at Dana Hills.

So, with so much to look forward to in this spring 2022 campaign, let’s look at some of the top Dolphin teams competing over the next three months:

It was a dramatic race to the South Coast League title last season for the Dana Hills baseball team.

The league was tightly packed, with the possibility for a four-way tie for the championship entering the final two games. In the next-to-last game, the Dolphins clinched a playoff spot and went to the top of the league standings with a 14th-inning, walk-off home run. However, a loss on the final day of the season created a three-way tie for the league title.

It was Dana Hills’ first league title since the 2014 Sea View League title, and it was the Dolphins’ first 20-win season since 2015.

That Dolphins team was also led by an incredibly experienced group of seniors, which made up eight of Dana Hills’ top nine run-scorers, all six of its top hitters and four of its top five RBI leaders. Seniors also hit nine of the Dolphins’ 13 home runs.

This year’s Dana Hills team will be looking for new run-producers, with senior Sebastian Moore being the Dolphins’ top returner. Moore was second in RBI last season with 16 and fourth in runs scored with 13.

The Dana Hills pitching staff was mostly a younger group last season, especially due to injury. However, Washington State-bound Grant Faris is back for Dana Hills, as is wins-leader Bo Kelly, who is signed to Cal Poly San Luis Obispo football as a quarterback.

The Dolphins have wins over Canyon, Carson and JW North, with losses to Cypress, Fullerton and San Juan Hills. Dana Hills played at Segerstrom on Thursday, March 3, but results were not available at press time.

Dana Hills opens South Coast League play with a three-game set against Mission Viejo. The Dolphins host the Diablos on March 29, play at Mission Viejo on March 30 and host again on April 1.

The Dana Hills softball team was a streaky group last season, and while their longest streak put the Dolphins’ overall record much lower than they’re accustomed to, Dana Hills ultimately did enough in league play to tie for second place and make the playoffs.

Last season, Dana Hills lost eight of its opening 10 games, including a six-game losing streak at the end of that stretch. The Dolphins came back with back-to-back wins followed by back-to-back losses entering league play. In the South Coast League, Dana Hills won three games in a row to enter league title discussions. However, the Dolphins ended up losing their final three games of the season, including their Division 1 playoff opener.

Ultimately, it was an incredible year of experience for Dana Hills, as the Dolphins had only three seniors. Dana Hills returns nearly all of its major offensive contributors and its entire pitching staff.

Senior Kaci Palmer, a four-year varsity player and the runs leader for Dana Hills last season, is back and leading the offense for the Dolphins this season. Palmer leads the Dolphins in runs, hits, RBI and doubles through the first five games and has the team’s only home run so far.

Dana Hills is still young, with a smattering of sophomores and juniors among the early offensive leaders.

Palmer was the appearances leader in the circle for Dana Hills last season, but she has yet to pitch this season. Leading the pitching staff so far have been senior Alexa Pfutzenreuter and sophomore Delaney McRae.

Dana Hills has struggled so far this season, with a 1-5 record and current four-game losing streak.

The Dolphins open league play at home against San Juan Hills on March 29.

The Dolphins went 10-4 in coach Trent Cooper’s first season in 2019, and Dana Hills had started 4-1 in 2020 before the rest of the season was canceled due to the pandemic. The Dolphins were ranked No. 1 in CIF-SS Division 2 in 2020 ahead of what was supposed to be the sport’s first CIF-SS playoffs.

Last season, Dana Hills didn’t make that eventual first CIF-SS lacrosse playoffs. The Dolphins were 4-9 overall and 3-6 in the Sea View League. Dana Hills scored three big wins over Capistrano Valley, but the Dolphins couldn’t get an edge against the league’s other teams.

This season, Dana Hills lost its season opener at Huntington Beach, 11-4, on Feb. 17.

Dana Hills is next in action at JSerra on Friday, March 4. The Dolphins open Sea View League play at Aliso Niguel on March 21.

The Dana Hills girls lacrosse program is still looking for a foothold to establish itself and grow.

Aside from the shortened 2020 season in which Dana Hills opened 1-0, the Dolphins have never posted a winning record since the program’s inception in 2008. The closest Dana Hills came was an 8-10 record in 2012.

Last season, Dana Hills was 3-8-1 overall and 2-7 in the Sea View League. However, the Dolphins were also an extremely young group, with only one senior and one junior.

This season, the Dolphins have had another rough opening with an 0-2 start, including losses to Woodbridge (15-9) and Aliso Niguel (14-8). Dana Hills played at Trabuco Hills on Thursday, March 3, but results were not available at press time.

The Dana Hills boys volleyball team is a group looking for a major bounceback.

The Dolphins had advanced to the CIF-SS Division 2 quarterfinals in 2019 and started 2-0 in 2020 before the rest of the season was canceled.

Last season, Dana Hills had a new head coach, Emilie Austin, the third head coach in four seasons for the program. The late and legendary Oz Simmons retired in 2018, and Taylor Hammond coached for two seasons.

The Dolphins fell way below their standards last season with a winless campaign. Dana Hills was 0-10 overall, 0-8 in the South Coast League and didn’t win a single set all season.

Dana Hills is next in action at Laguna Beach on Monday, March 7. The Dolphins host St. Margaret’s on March 9.

For in-game updates, news and more for all the Dana Hills High School spring sports programs, including track and field, boys tennis, swimming and boys golf, follow us on Twitter @SouthOCSports.