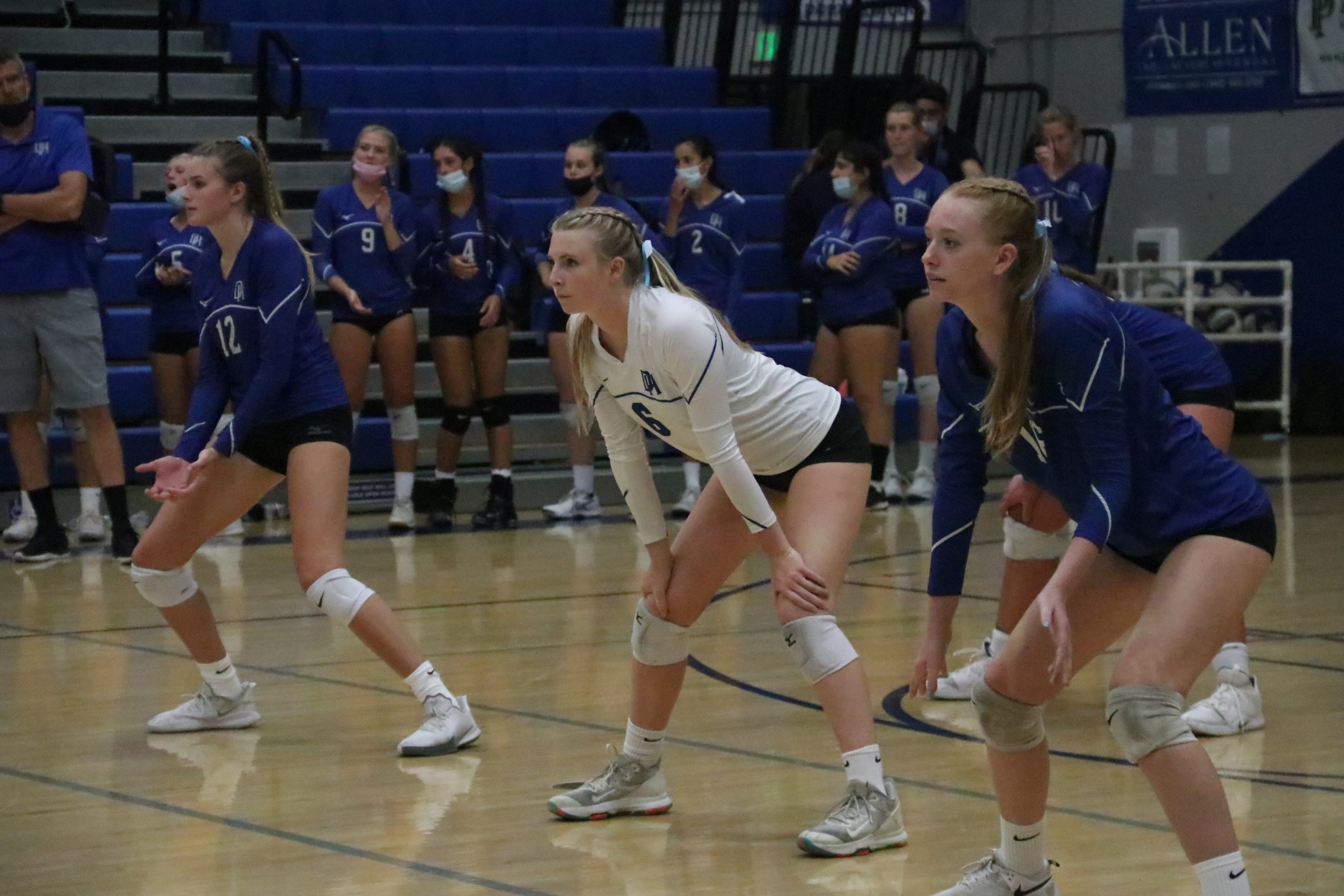 Last year’s fall sports teams were those most adversely affected by the schedule delays and restrictions brought on by the COVID-19 pandemic.

Fall sports were delayed three times, schedules were shortened, and limited conditioning camps went on for months from their August start dates.

This year, the Dana Hills athletic facilities are as active as ever, and the fall sports season is running at full blast with league play just underway or on the horizon.

The Dana Hills girls volleyball team was the first team to start its season back on Aug. 20, and it’s only fitting. Of all the fall sports last year, girls volleyball was the most affected, as their season was almost entirely canceled.

This season, Dana Hills has come back with a senior-laden team that has used its depth well, when successful. Even with the deep roster, the Dolphins had an up-and-down early schedule, and that has followed into league play.

Dana Hills is 6-10 overall and a 1-1 record in the South Coast League.

The Dolphins battled against one of the league favorites in Aliso Niguel on Sept. 16, but Dana Hills lost in four sets. The Dolphins rebounded to sweep Trabuco Hills on Tuesday, Sept. 21. Dana Hills played at the league’s other top contender, San Clemente, on Thursday, Sept. 23, but results were not available at press time.

The Dana Hills boys water polo program went through a period of change and some instability going into last season.

Longtime coach Matt Rosa had retired after the previous year, and Dana Hills had hired Trevor Gladych to be the head coach. However, as the season was delayed due to the pandemic, Gladych took a leave of absence to be with his wife, who recently had a child. Then, it was assistant Kenny Yamamoto that was the acting head coach for Dana Hills during the two-week league-only schedule in the spring, where the Dolphins went 3-6.

Now, in the fall, Yamamoto is the officially the head coach of Dana Hills and is leading an inexperienced, junior-heavy group. Yamamoto said his team is a work in progress, but the Dolphins have been a resilient team en route to a 7-4 record.

Dana Hills opens its league schedule on Sept. 30 at El Toro. The Dolphins play at rival San Clemente on Oct. 7 and host the Tritons on Oct. 25. Dana Hills ends the regular season on Oct. 29 at Laguna Beach.

The Dana Hills girls tennis team has been a legendarily successful program, but these Dolphins are still working through the rebuilding years.

Dana Hills opened its league campaign at longtime rival San Clemente on Thursday, Sept. 23, but results were not available at press time.

The Dana Hills girls golf team has had a perfect start to its 2021 campaign.

While the Dolphins didn’t have much team postseason success in the amended spring season, the Dolphins found a leader in junior Zoie Fuentes. As a sophomore, Fuentes placed 15th at the CIF-SS Girls Golf Southern Individual Regional. Fuentes qualified for the CIF-SS Individual Finals, but just missed on advancing to the SCGA Regional on a card-off.

The Dana Hills boys and girls cross country teams are similarly set up for success once again, as both sport impressive lead runners with strong supporting casts.

The Dana Hills boys are led by senior Jai Dawson. Dawson ran his first race of the season on Saturday, Sept. 18 and posted a victory in the Division 2 senior and invitational race at the Mt. Carmel Invitational. Dawson ran a time of 15:39, the fourth-fastest time in school history on that course.

The Dolphins boys also finished first as a team in the Division 2 junior race with Jack Jones finishing seventh at 17:37. Dana Hills also won the sophomore race with Mike Ayala, Ethan Britton and Joel Brda all in the top 10.

Dana Hills is ranked No. 8 in CIF-SS Division 2 and hosts the Dana Hills Invitational on Saturday, Sept. 25. South Coast League Finals are Nov. 4.

The Dana Hills girls cross country team is led by Allura Markow, who led the Division 2 junior race at the Mt. Carmel Invitational on Sept. 18 from the starting gun to the finish line. Markow ran a time of 15:57 to win the race by over a minute. Angie Lopez and Ella Cochran also finished in the top 10 to help the Dolphins secure the team victory.

Dana Hills’ sophomores also dominated their race with Paige Scheer and Tessa Anderson finishing first and second. Quinci Lott, Mia Alcantara and Avery Higgins all finished top 10 as the Dolphins ran away with the team win.