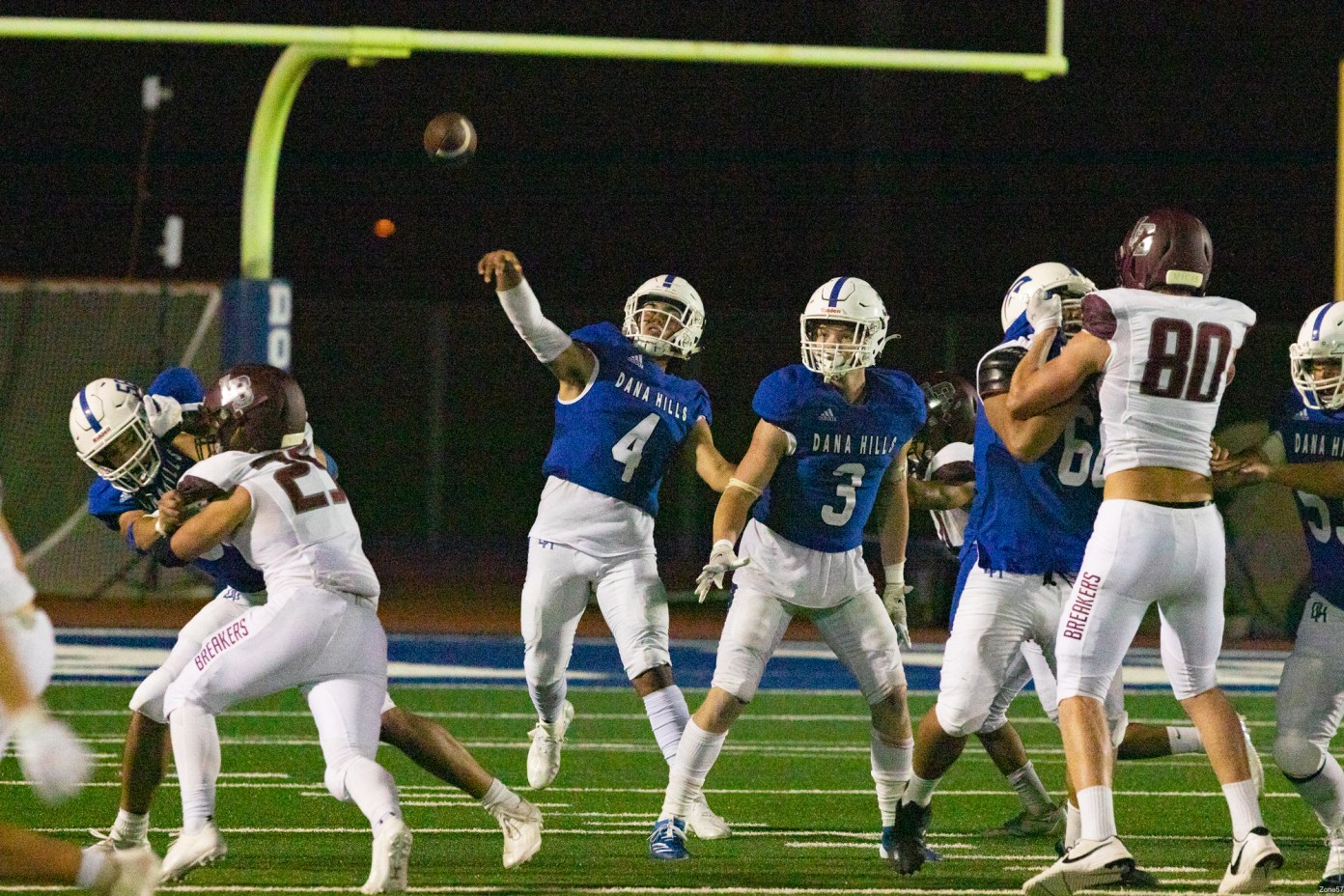 The year began with returns to the field and finished with a flurry of successes as Dana Point athletes and teams adapted to the new normal of 2021.

Here is a look back at some of the memorable Dana Point sports moments of 2021:

Ten months after high school sports were shut down in California due to the pandemic, student-athletes, parents and coaches held rallies statewide on Jan. 15, including at San Clemente High, JSerra and San Juan Hills, to support a return to play. Cross country was the first sport to return on Feb. 6, and the rest of the outdoor sports were eventually given the OK to return on Feb. 26 and indoor sports on March 5.

For the first time in nearly 11 months, Dana Hills athletes took part in competition as the Dolphins’ cross country team got back on the course. In dual meets, Dana Hills’ boys defeated Aliso Niguel, and the Dolphins’ girls lost to Trabuco Hills.

With help from elsewhere in the Pacific Hills League, Dana Hills football clinched a share of its first league championship since 2012 and only its second in school history. Dana Hills, Laguna Hills and Portola finished in a three-way tie for the title.

Dana Hills junior Olivia Paquette won the CIF-SS Division 2 girls diving championship with an 11-dive score of 517.45. Paquette is only the second Dolphins girl diver to win a CIF-SS title, and it was program’s fifth title overall.

In a small, delayed and masked-up ceremony at the Dana Hills gym, 12 Dolphins student-athletes were celebrated for signing on to colleges. Dana Hills baseball had the most signees with four.

Luke Williams, a Dana Hills 2015 graduate, made his major league debut for the Philadelphia Phillies and got a hit in his first at-bat. In the next game, Williams hit a walk-off home run for his first major-league home run. In the previous week, Williams helped Team USA baseball qualify for the Tokyo Olympics.

Katie McLaughlin, 24, swam the third leg of the 4×200-meter freestyle relay to set the table for American star Katie Ledecky and help the United States earn silver in the event at the Tokyo Olympics. The relay team set an American record at 7:40.73.

Dana Hills senior Jai Dawson won the Orange County Cross Country Championship with a time of 15:07. Dawson is the first Dolphins runner to win the county title since 2016, and it wouldn’t be the last of his wins in this golden season.

With its best regular-season record since 2009 at 8-2, the Dana Hills football team earned its first CIF-SS playoff berth since 2013. However, the Dolphins were edged in the first round by host El Modena in overtime, 23-20.

Dana Hills senior Jai Dawson won the CIF-SS Division 2 and CIF State Division II individual championships to etch his name into Dolphins history. Dawson was the first Dana Hills runner to win a CIF-SS title since 2013 and the first to win a state title since 2008.