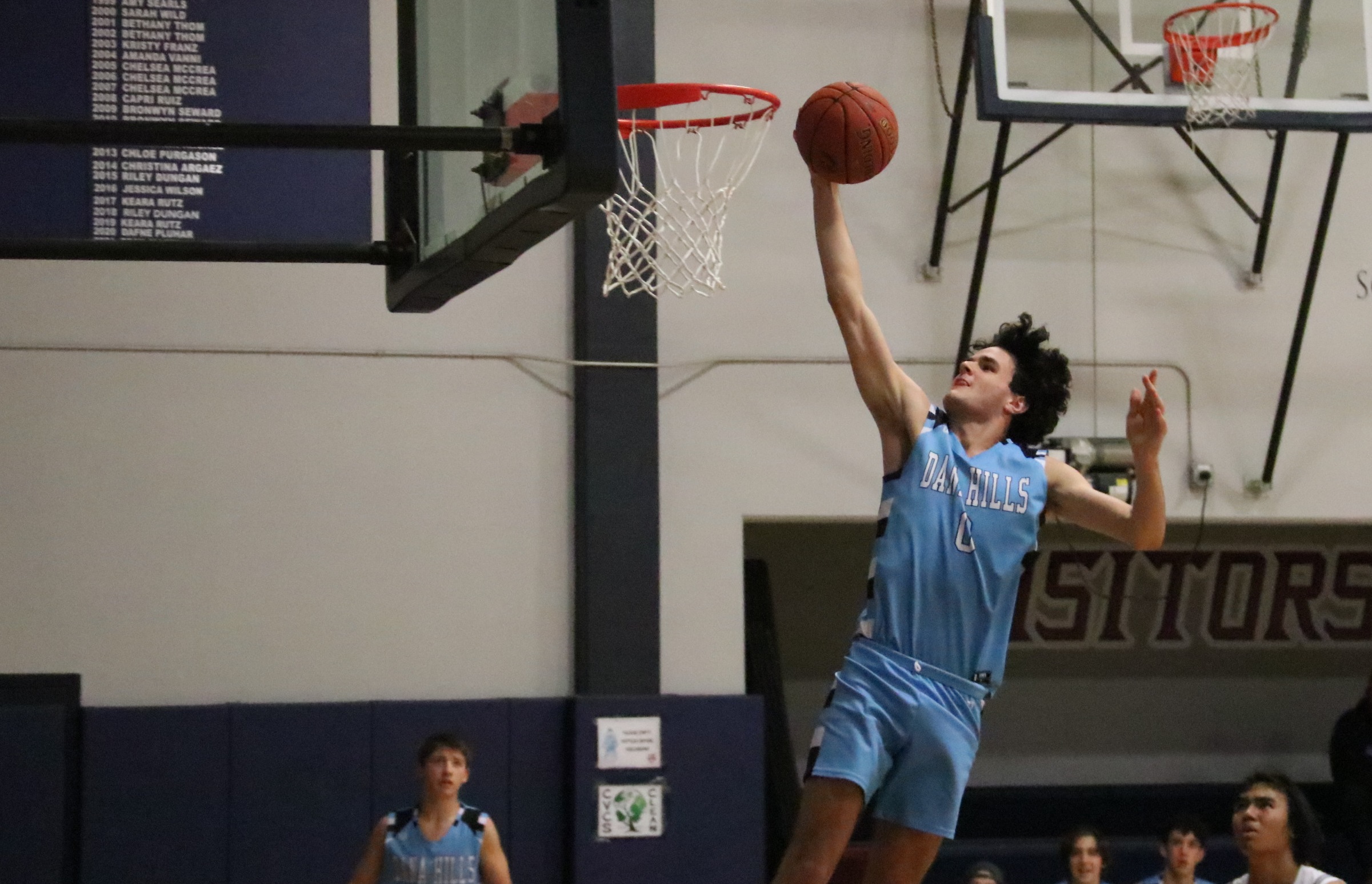 As the 2021-22 sports calendar dips into winter, the winter sports season actually gets to be played in the winter.

Last year, the winter sports were pushed into the spring, and while they were able to have more of a full season than their fall sports counterparts, winter sports teams were among the most affected by pandemic restrictions due to playing indoors.

Back in the days of colored tiers, indoor sports were extremely limited until approved to start, and when the teams did start playing, testing was required ahead of every game, and masks were required of every player. The mask requirement is still there for coaches and fans this season, but with the now weekly testing plan in place, athletes won’t be required to wear masks.

Dana Hills’ winter sports teams are ready to rebound from their weird spring seasons and compete for league championships and CIF-SS playoff runs.

The spring season was one to forget for the Dana Hills boys basketball team, but this winter, the Dolphins are already well beyond that.

The Dolphins went 2-9 overall and just 1-5 in league in the delayed and shortened season, but so far in the winter, last season is proving to be more and more just a blip.

Dana Hills is 6-2 in the early season and ranked No. 17 in Orange County, as the Dolphins have been powered by a versatile group. Unlike in previous seasons in which Dana Hills would have one major threat to key on, the Dolphins have spread out the scoring, and longtime coach Tom Desiano believes they have even more offensive potential.

Senior guard Griffin Haugh has been Dana Hills’ leading scorer and was tournament MVP of the Loara Tournament, which the Dolphins won to open the season. Seniors Adam Pellini and Ryan Ralph and freshman Collin Haugh also have been major contributors so far.

While the past two seasons have been a struggle for the Dana Hills girls basketball team, the Dolphins have started this winter season on the right track.

Dana Hills is 7-3 overall to start the year, nearly doubling their win total from the previous two seasons combined. The Dolphins went 1-25 overall in coach Anne Honey’s final season in 2019-20, and Dana Hills was 3-13 in coach Shevy Akason’s first season in the spring. The Dolphins have lost their past 17 league games.

The undisputed leader in Dana Hills’ run to a No. 2 ranking in CIF-SS Division 4A has been senior guard Ella Will, who is averaging more than 20 points per game.

The Dana Hills boys soccer program has gone through a down period.

This season, Dana Hills has opened with an even record across the board at 1-1-1 and a plus-1 goal differential. Dana Hills opened its season with a 2-0 home win over Laguna Beach on Nov. 19. The Dolphins lost at home to San Marcos, 1-0, on Nov. 30 and bounced back the next day with a 1-1 road tie at San Juan Hills on Dec. 1.

Like their boys counterparts, it’s been a few years of struggling for the Dana Hills girls soccer program.

Dana Hills (1-2) has opened the season up and down, but the Dolphins’ two losses were only by one goal to South Coast League opponents. Dana Hills began with a 1-0 loss at Tesoro on Nov. 30, and the Dolphins bounced back with a 2-0 win at home over Northwood on Dec. 2. Dana Hills lost at home to San Juan Hills, 1-0, on Tuesday, Dec. 7.

Dana Hills kicks off Sea View League play at Capistrano Valley on Jan. 4 and at Mission Viejo on Jan. 6. The Dolphins host El Toro on Jan. 11.

Dana Hills girls water polo has opened the season on a tear.

Dana Hills’ only loss came in the final of the season-opening Benson Cup against Long Beach Millikan, 12-10.

Dana Hills, ranked No. 3 in CIF-SS Division 3, has been led by the scoring output of juniors Sadie Riester and Kate McCulloch. In seven games, Riester has 23 goals with 10 assists, and McCulloch has 21 goals with 15 assists. In four games, senior Lily Verna has 13 goals. McCulloch has also been stellar defensively with 32 steals.

Dana Hills opens South Coast League play at home against Tesoro on Jan. 4 and hosts San Juan Hills on Jan. 6. The Dolphins play at rival San Clemente on Jan. 13 and host the Tritons to close the season on Jan. 31.

Last year was a down year for the traditionally strong Dana Hills wrestling program simply for lack of opportunity.

With the restrictions set up by the pandemic, there were no individual wrestling tournaments of any kind in the CIF-Southern Section. Ultimately, the only option for wrestling matches was dual meets. Unfortunately for Dana Hills, they did not qualify for the CIF dual meet playoffs.

However, there’s good news on two fronts for Dana Hills.

First, individual tournaments are back, and the Dolphins have been competing with some strong results.

Second, Dana Hills officially has its first full girls wrestling team. The Dolphins have had some stellar individual girls wrestlers in recent years, but this season, there was enough to form a full team for dual meets.

The Dana Hills girls wrestling team competed in and won its first-ever league dual meet with a 60-6 win at Mission Viejo on Tuesday, Dec. 7.