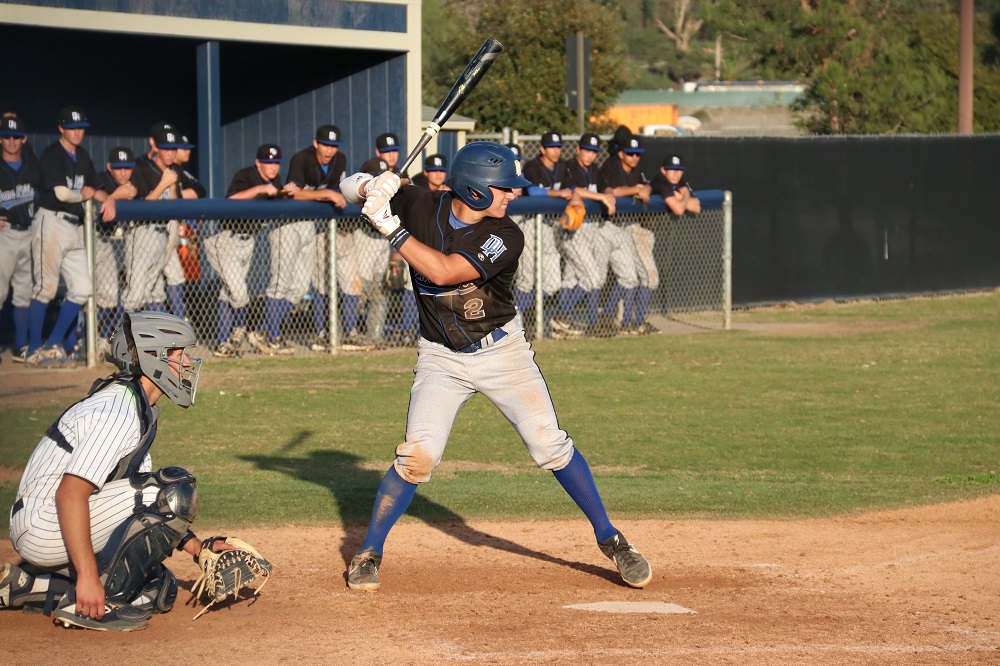 The busiest portion of the CIF-SS sports calendar is upon us as the spring sports season kicks off across Southern California.

Dana Hills has 11 teams competing in the spring season, and almost all of them can expect some level of success.

Let’s check in and see how each group of Dolphins will fare in 2020:

The Dana Hills baseball team made a mad dash to qualify for the playoffs last season and lost in the first round to an eventual CIF-SS semifinalist, but the Dolphins earned valuable experience to bolster them this season.

Last season, Dana Hills won its last four games of the regular season to go from 2-6 in league to securing third place and a playoff spot. The Dolphins beat their direct competition for that spot, Mission Viejo, in the final two games.

The Dolphins are now loaded with seniors and players who have earned plenty of varsity experience from an early high-school age.

Dana Hills will be led by its pitching staff and a top-three rotation. Senior Dante Jackson and juniors CJ Zwahlen and Ian May will be the Dolphins’ go-to hurlers.

Jackson is on his way to San Diego State next season and is a lanky lefty who can also play the outfield. Zwahlen is a three-year varsity player who played as a freshman, and May is a left-hander who will be fully healthy soon.

Dana Hills is also extremely deep on its pitching staff, with a number of guys who can step up, throw strikes and get through innings, including seniors Zack Saavedra and Evan McMillen.

Dana Hills is currently 1-1 on the season and opens the Loara Tournament on Saturday, Feb. 22. The Dolphins host Aliso Niguel on March 4 and open league play at Capistrano Valley on March 11.

Underclassmen led the way for the Dana Hills softball team last season, and that leaves the Dolphins in a strong position going into the 2020 season.

Last year’s South Coast League champions only had two seniors on the roster, and despite one of them being dynamic starting pitcher Terra Goetz, Dana Hills has plenty in the tank for this season.

The Dolphins return their top six RBI leaders, top three hits leaders and top two run scorers. Dana Hills has options up and down the lineup.

Senior shortstop Jackie Stilwell was Dana Hills’ hits leader last season with 31. Stilwell was also the co-leader in runs with 23 to go with 10 RBI, four doubles and a home run. Stilwell also led the team in stolen bases with 13.

As a freshman, Kaci Palmer was the other co-leader in runs scored at 23. Palmer added 24 hits with 12 RBI, two doubles, a triple and two home runs. Palmer also stole eight bases.

Junior Madi Wood takes over in the circle full-time for the Dolphins. Last season, as a complement to Goetz, Wood made 12 appearances with a 2.33 ERA over 45 innings pitched. Palmer also will help in the pitching department.

The Dolphins are 0-2 on the early season and continue at the Northwood Tournament on Feb. 29. Dana Hills opens league play at home against Mission Viejo on March 24 and hosts rival Aliso Niguel on April 14.

The Dana Hills boys golf team had another successful year in the South Coast League last season and returns a core group of its first-team players.

Junior Jason Bannister and senior Dylan Walsh tied for the Dolphins’ low round at 75.

Senior Thomas Dresden was the Dolphins’ top finisher at the CIF-SS Individual Southern Regional last season with a score of 77. However, Dresden was three strokes off the cut line and did not advance.

Dana Hills plays San Clemente at Talega Golf Club on April 14 and at Bella Collina San Clemente on April 16. South Coast League Finals will be played at Arroyo Trabuco Golf Club in Mission Viejo on May 4-5.

The Dolphins opened their season at Beckman on Thursday, Feb. 20, but results were not available at press time.

Dana Hills continues at home against Trabuco Hills on Feb. 25 and Laguna Beach on March 3. Dana Hills opens league at home against Aliso Niguel on March 17. The Dolphins host rival San Clemente on March 24 and play the Tritons on the road on April 16.

After making its deepest run in some time last season, the Dana Hills boys volleyball team is prepped for more success this season.

Dana Hills is led by a strong group of seniors and a talented supporting cast. UC San Diego-bound Nick Rigo is the returning leader in kills for the Dolphins, and senior setter Chase Morrison returns to run the offense. Long Beach State-bound Caden Jackson handles the defensive end as a libero.

While Dana Hills will be in its second year under head coach Taylor Hammond, the Dolphins seniors will be playing for the memory of legendary Dana Hills coach Oz Simmons, who died from cancer in September. Morrison, Jackson and Rigo were all sophomores on Simmons’ last varsity roster in 2018.

Dana Hills won’t play at home until hosting Sage Hill on March 10. The Dolphins will try to avenge their playoff ouster when they take on Saddleback Valley Christian, on the road, on March 19.

Dana Hills opens league play at Tesoro on March 24 and hosts Aliso Niguel on March 26. The Dolphins will play at San Clemente on April 2 and host the Tritons in the season finale on April 28.

The Dana Hills girls track and field team will once again be led by its stellar relay teams.

Seniors Anisa Rind and Mia Lawrence and junior Camryn Toole return from one of the, if not the, best 4×400-meter relay teams in school history. Those three Dolphins plus the graduated Hailey Ray finished third at State in the 4×400-meter relay after finishing sixth at Masters, fourth at CIF-SS Division 1 Finals and first at league finals.

Another strong spot for the Dolphins will be in the throws with junior Logan Daniels. Daniels was fifth at league finals in the discus and ninth at CIF-SS Finals.

The track and field program opens its dual meet season against Capistrano Valley on March 4 and opens its invitational schedule in the South County Classic at Trabuco Hills High School on March 6.

As is the case when you have a legendary cross country program, the Dana Hills boys track and field team will again be led by its distance runners.

Carrick Denker is the lone returning league champion for the Dolphins. The Cal-bound senior won the 1,600-meter South Coast League title last season and went on to finish third at the CIF-SS Division 1 Finals, sixth at Masters and 14th at State preliminaries.

Denker is also coming off a strong cross country season in which he finished third at the Orange County Championships and at State.

Denker leads a cross country group that will push during all the distance races. Junior Jai Dawson was the frosh-soph 800-meter league champion last year and had a tremendous cross country season in the fall. Juniors Gianni Viola, Brandon Pizano and Ryan Broadhead will also contribute.

Senior John O’Melveny will compete in the 800-meter race and lead the relay group.

In the field events, senior Will Riviere is the Dolphin to watch in the high jump. Riviere was second in league and finished ninth at the CIF-SS Finals.

Other Dana Hills field athletes to watch are senior Mason McKhann in the throws and junior Caleo Martinez in the jumps.

Lacrosse had been a CIF-SS sponsored sport for several years, but with team membership not high enough, the local U.S. Lacrosse chapters in Orange and Los Angeles counties organized playoffs, with the county champions meeting for the “Southern Section” title.

The Dana Hills boys have been placed in Division 2 for this first CIF-SS season.

The Dolphins had a solid 2019 season with a 10-4 overall record and a 4-2 record in the Sea View League. Dana Hills finished second in league, with two tight losses to league champion Aliso Niguel, which is also slotted for Division 2.

Dana Hills plays at San Clemente on Feb. 24 and hosts Northwood on March 2. Dana Hills opens league at Capistrano Valley on March 24 and hosts San Juan Hills on March 31. The Dolphins play at Aliso Niguel on April 16 and host the Wolverines in the season finale on April 29.

Despite a tough 2019 season, the Dana Hills girls lacrosse team started its first full CIF-SS season on a high note before the season even began.

Dana Hills went 0-11 in 2019, including an 0-6 league record, but in the first-ever CIF-SS girls lacrosse preseason poll, the Dolphins were ranked No. 6 in Division 3.

Sydney Querner leads that core group as a CIF-SS Division 1 Finals qualifier in four events. The William and Mary-bound senior finished 10th as an individual in the 50-yard freestyle and also swam in the 100-yard freestyle.

Querner also qualified in two relays with two other returners that make up that returning nucleus. Querner, along with juniors Lucy Kao and Anna Nemeth, swam in the 200-yard medley relay and 200-yard freestyle medley relay.

The Dolphins also have a returning CIF-SS finalist diver in sophomore Olivia Paquette, who finished eighth as a freshman last season.

The girls swimming team opens its dual meet season at Portola on March 3 and hosts Mission Viejo on March 17. The Dolphins host rivals Aliso Niguel on April 15 and San Clemente on April 21.

The Dana Hills boys swimming team will fall in line behind a top star, with several other quality swimmers filling in the ranks.

Leading the Dolphins in the pool is senior Ryan Abdollahi. The USC-bound swimmer is strong in multiple disciplines for Dana Hills.

Last season, Abdollahi showcased that range of disciplines and finished third in the 200-yard individual medley at the CIF-SS Division 1 Finals. Abdollahi also finished sixth in the 100-yard breaststroke.

Abdollahi also qualified for the CIF-SS Finals as a member of the 200-yard freestyle relay team along with current senior Curren McCarthy and juniors Steven Seibert and Evan Abdollahi.

Evan Abdollahi and Seibert qualified for the CIF-SS preliminaries in the 500-yard freestyle and in the 200-yard medley relay alongside returning senior Nick Saeedi.

The boys swimming team opens its dual meet season at Portola on March 3 and hosts Mission Viejo on March 17. The Dolphins host rivals Aliso Niguel on April 15 and San Clemente on April 21.