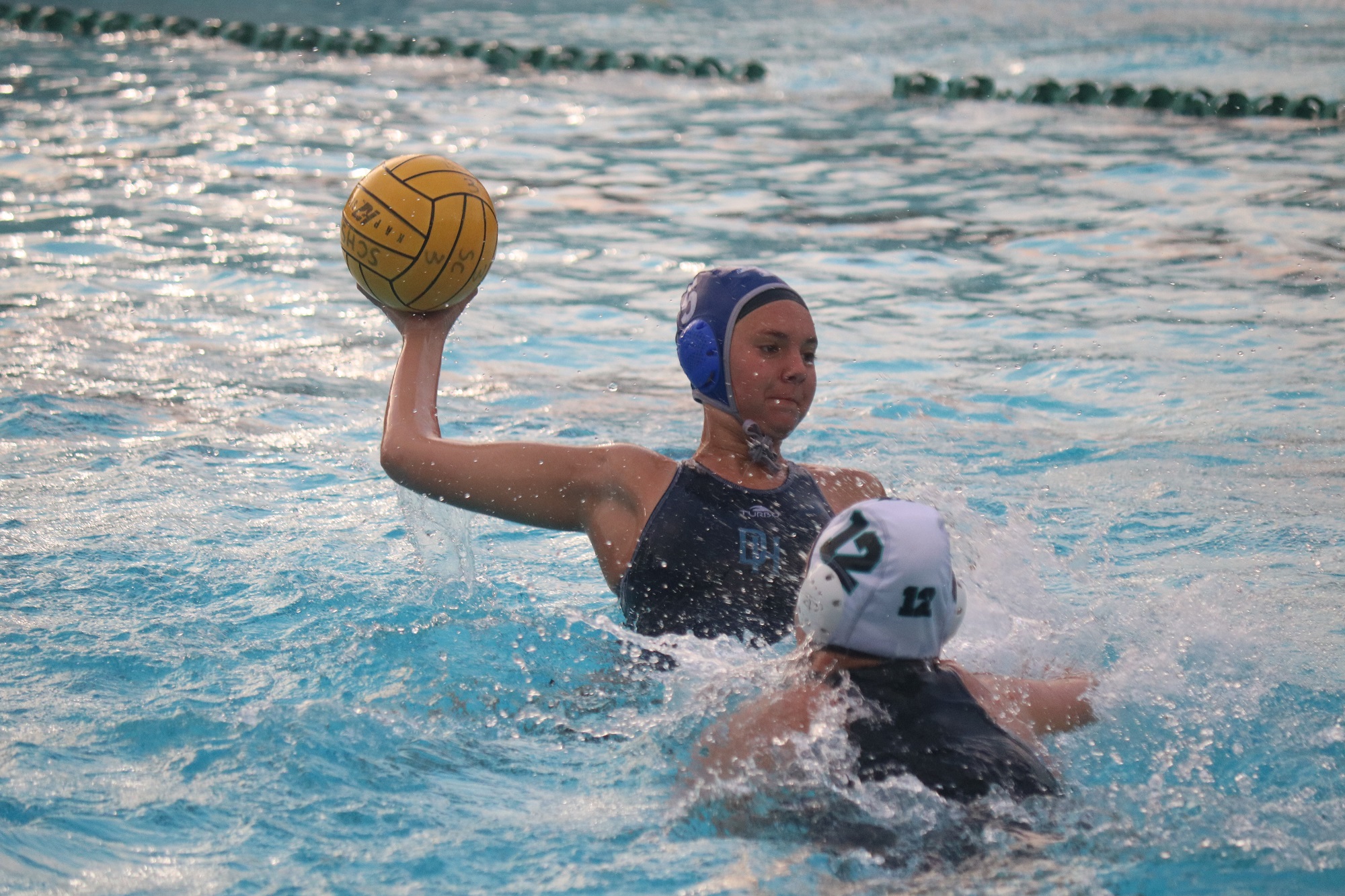 As the rains arrive and what we consider as “winter” arrives in Southern California, the winter sports season is underway across the CIF-Southern Section.

In our annual preview, we highlight all of the winter sports programs at Dana Hills High School from the court, to the field, to the pool and to the mat as the Dolphins enter the tournament season while looking ahead to league play on the other side of the new year.

The Dana Hills boys basketball team made one of its better runs in recent memory last season.

The Dolphins advanced out of the CIF-SS second round for only the second time in at least 15 years, and Dana Hills made it to the semifinals for the first time since 2013. The Dolphins’ 17 wins were the most since 2014.

Dana Hills graduated one of the most productive players in program history in Ben Carr, but last year’s team was full of juniors who are already making their mark as seniors.

The Dolphins are 7-1 on the season as of press time on Thursday, Dec. 5. Dana Hills opened with a championship at the Santa Ana/Garden Grove Four Cities Classic and followed up with a strong run in the Godinez Grizzly Invitational.

Leading the way for Dana Hills is 6-foot-7 senior Harrison Wiese. Wiese was a leading player for the Dolphins as a junior and has the spotlight as a senior. Wiese has been the Dolphins’ top scorer in nearly every game so far this season and was named to the all-tournament team at the Four Cities Classic.

Dana Hills took the Four Cities Classic title with a one-point win over Tustin, 34-33, on Nov. 23.

Senior Miles Ettinger was also named all-tournament and has put up crucial play on the boards alongside Wiese. Ettinger has also led the Dolphins in scoring at times this season.

Senior guard Chris Na was the leading scorer in that title game. Seniors Nathan Martin and Grayson Holtby have also put up strong performances this season for the Dolphins.

Over the holidays, Dana Hills will play in the Rancho Mirage tournament, as it always has, before opening Sea View League play at Tesoro on Jan. 8 and at home against San Juan Hills on Jan. 10.

Tesoro went undefeated in league play last season with a senior-heavy roster (8 of 11 players). Dana Hills went 4-4 in league, and with a strong senior core of its own, the Dolphins will be a tough out for any team in the Sea View League.

After an 8-0 run to a Sea View League title in 2018, the Dana Hills girls basketball team went 4-4 in the South Coast League last season. After graduating their top three scorers from last season, the Dolphins are in for a rougher go.

Those results are already showing, as Dana Hills has opened the season without a win in its first six games. The Dolphins have lost by an average of nearly 34 points per game, with the closest margin of defeat at 17 points.

The top returners for Dana Hills are sophomore Ella Will and junior Jaqueline Renaud. As a freshman, Will averaged more than four points and four rebounds per game and was second on the team in field goal percentage. As a sophomore, Renaud took the third-most three-point attempts for the Dolphins.

The Dana Hills boys soccer team narrowly missed out on a Sea View League championship last season, with one of the better league campaigns in some time for the Dolphins.

Dana Hills ultimately finished with the same record as it did the year before, 11-9-2, but the Dolphins went 5-2-1 in the Sea View League with two one-goal losses and a scoreless draw as the lone blemishes. One of the one-goal losses was to league champion Aliso Niguel, but the Dolphins also scored a 1-0 win over the Wolverines late in league play.

Defensively, the Dolphins will be able to compete, as they return senior defender Michael Bogdonavich and senior goalkeeper Nikolas Tanski. The defense will be relied on as Dana Hills discovers new scorers.

The top three goal scorers and top three in assists all graduated for the Dolphins. The top three accounted for 22 of Dana Hills’ 35 goals last season.

Dana Hills dropped its season opener at home against St. Margaret’s, 3-1, but St. Margaret’s is no slouch after a CIF-SS runner-up last season and sitting at No. 3 in Division 4 this season.

Dana Hills opens league play at home against Tesoro on Jan. 6 and plays at Aliso Niguel on Jan. 8.

The Dana Hills girls soccer team went through a youth movement last year and struggled in the standings.

The Dolphins had graduated seven seniors, and Dana Hills coach Zaid Malkosh had also cut some players to help build a better culture and grow the program. The results were definitely tough, as the Dolphins went through some growing pains.

It was the lowest overall win total for Dana Hills in at least 15 years and the first winless league campaign since 2014.

The Dolphins’ struggle was scoring, scoring a total of eight goals in 13 games and two goals in six league games. Dana Hills was structurally sound though, with only 15 goals allowed.

That structure is what Malkosh was trying to instill to create foundation to continue building.

However, through three matches this season, the struggles have continued.

Dana Hills is 0-2-1 to open the season, with just one goal scored in a 2-1 season-opening home loss to Capistrano Valley. On the flip side, Dana Hills has allowed fewer goals in each successive game, with a 1-0 loss at Laguna Hills and a scoreless draw at Trabuco Hills.

The Dolphins advanced to their first-ever CIF-SS championship game in Division 4 and earned the silver plaque as runner-up after an 11-8 loss to La Quinta. The Dolphins advanced after playing in only their second semifinal in program history, with the first appearance in 2011 when current head coach Carrie Pierce was playing for the Dolphins.

Historic runs like those are usually led by a backbone of seniors, and the Dolphins were no different. As such, Dana Hills loses its top two scorers (a combined 146 goals) and its stalwart goaltender.

However, those loses don’t leave the Dolphins in as dire of straits as it might other teams, as the rest of Dana Hills major players last season were only sophomores. That means not only can those players improve as juniors, but they also have time to build up to their own senior run.

These juniors aren’t just waiting around to become seniors, though. Dana Hills moves up to Division 3 and can still strike while the pool is hot.

The top returner for the Dolphins is junior Kat Besanceney, who was third in goals last season with 46 and third in assists with 36.

Junior Paige Riester also returns after a 26-goal season, and Lucy Kao scored 24 goals and led field players in steals with 78 as a sophomore.

Juniors Besanceney, Ashley Bellavia and Emma Mason are the captains for the Dolphins.

Dana Hills opened the season with a 10-4 win at JSerra on Wednesday, Dec. 4.

The Dolphins don’t open South Coast League play until Jan. 21 at Tesoro, and Dana Hills will host league rival San Clemente on Jan. 30. After that one run through league opponents, the team will meet for their second league carousel tournament to determine a league champion.

Last season, the Dana Hills wrestling program had two athletes pick up CIF-SS hardware and advance to the state meet, and both return this season as seniors.

Gavin Walker, who finished in sixth in the CIF-SS Coastal Division at 145 pounds, also returns as a senior.

On the girls side, Layla Donahoe earned silver at 189 pounds in the CIF-SS Southern Regional and finished seventh at the CIF-SS championships to qualify for state.