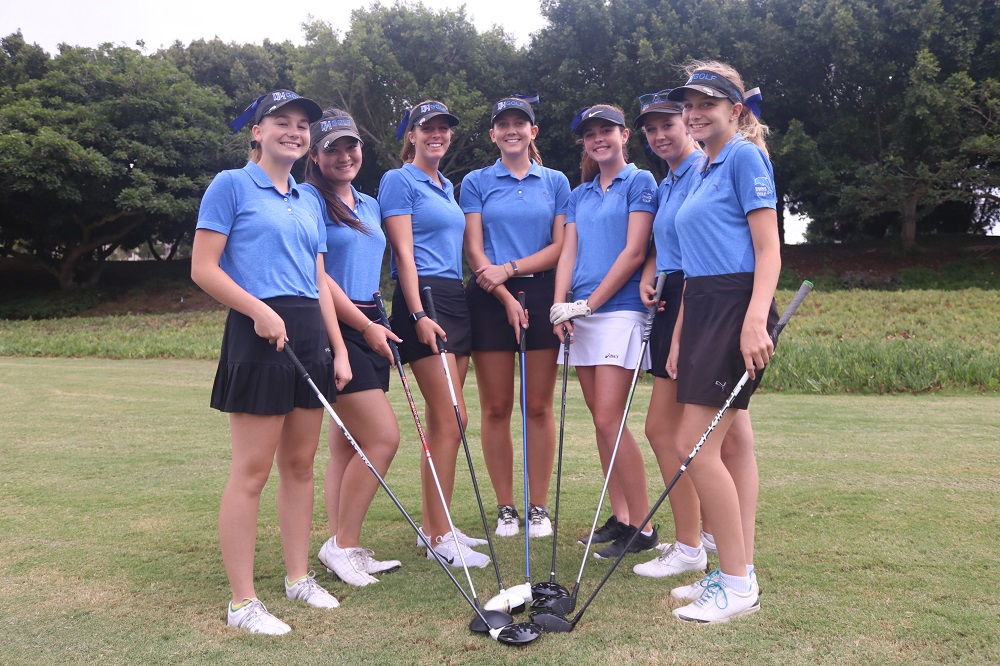 2018 Dolphins Fall Sports Preview: Teams Across the Board Look to Knock Off Rivals for League Titles

The 2018 fall high school sports season is well underway as the CIF calendar moved up across the board. In our annual season preview, we get you caught up to date on how the Dolphins have fared early on and their outlook for the rest of the season.

For in-game updates, scores, news and more for all of the Dana Hills High School teams, follow us on Twitter @SouthOCsports.

The road ahead for the Dana Hills boys water polo team isn’t unfamiliar, but being consistently one of the top teams of the area, it will be as challenging as ever.

The Dolphins finished third in the South Coast League last season, but expectations are always for Dana Hills to finish in the top two with rival San Clemente.

Dana Hills was listed on the CIF-SS preseason “teams to watch” list in the combined Division 1 and 2 grouping. Dolphins coach Matt Rosa said he expects Dana Hills to finish as one of the top teams in Division 2.

San Clemente was not listed as a “team to watch,” but Dana Hills always knows it would be folly to overlook the Tritons. Rosa said the league contests with San Clemente are the biggest games on their schedule and expects to fight them for the league title.

Newcomer to the South Coast League, San Juan Hills, was also listed as a team to watch in Division 4.

Rosa said he was pleased with the team early on and believes the team’s depth is what could put this roster over the top.

Golf is unique among high school sports in how much home-field advantage plays a part in the competition.

For example, football could deal with grass or turf and maybe a louder crowd environment, but the field dimensions and layout no matter which stadium, field or state you play, don’t change. However, each golf course brings a different variety of variables that can affect the game.

Dana Hills golf’s traditional home course of El Niguel Country Club is undergoing construction, so the Dolphins have moved over to the Monarch Beach Links for the 2018 season. Coach Glen Forster called it a challenging course, but senior Isley Grguric said she thinks the move has helped their scores.

It might end up being a big advantage in the race for the South Coast League title. A league title is the big goal for Dana Hills after dropping the title to rival San Clemente last season.

Grguric and Jacobson are two of five returners in Dana Hills’ scoring seven. There are four seniors among the returners, including Madeline Bayless and Sam Lapple, and a junior, Lauren Wahlstrom.

Dana Hills girls volleyball was dynamite in 2017 as the Dolphins rode a 15-game winning streak to an undefeated Sea View League title run and the CIF-SS playoffs.

The Dolphins lost in a five-set, first-round match of the Division 1 playoffs and have clearly taken the fire from that defeat into the early portion of the 2018 season.

Dana Hills is 13-1 with the one loss coming in the semifinals of the Tesoro tournament. Dana Hills went on to sweep the winner of that tournament, San Clemente, the next week. The Dolphins have also picked up wins over Laguna Beach and Huntington Beach.

Through the nonleague season, the Dolphins have been led by two-sport stars and sisters Drae and Stila Fresenius.

Next up on the docket for Dana Hills is a stacked South Coast League.

Dana Hills is currently ranked No. 11 in the CIF-SS combined Division 1 and 2 rankings and opens league play on Sept. 11 against Aliso Niguel, ranked No. 9 in the Division 1/2 poll.

On Sept. 13, Dana Hills will take on the team that beat them in the Division 1 playoffs last season, Trabuco Hills. The Dolphins welcome defending league champion San Juan Hills, ranked No. 7 in the Division 1/2 poll, on Sept. 20.

A theme through many of the fall sports is the South County rivalry of Dana Hills and San Clemente.

That rivalry might be at its peak in girls tennis as the Dolphins and Tritons have shared the last four consecutive South Coast League titles. San Clemente and Dana Hills split their two matches last season, each won by two points, and their entries also went first and second at league finals.

Dana Hills and San Clemente will lock horns for the league title once again this season.

The Dolphins will be led by their No. 1 singles player, senior Courtney Swift. Swift is committed to the Air Force Academy and hasn’t dropped a set so far this season, 8-0 overall.

On the doubles side, the Fresenius sisters, Drae and Stila, will be instrumental on their separate doubles teams.

Dana Hills also has some youthful talent lining up as a trio of freshman will make an impact with the Dolphins this season.

Dana Hills is 2-1 on the season with a pair of 14-4 wins over Los Alamitos and Laguna Beach and a two-point loss to Northwood.

The Dolphins open up league play on Sept. 20 at San Clemente and will host the Tritons on Oct. 9. League Finals will take place Oct. 23-24 at Laguna Niguel Racquet Club.

The Dana Hills cross country program is a well-oiled machine.

While Dana Hills loses another star to graduation in Jack Landgraf, there are plenty of Dolphins in the wings to take up the mantle.

Simon Fuller, Eddie Wagenseller and Garrett Hough return as seniors, and Caleb Niednagel and Carrick Denker step up as upperclassmen juniors after their his stellar sophomore campaigns.

Fuller figures to be the leader of the new group with his second place finish at the South Coast League Finals, fifth at Orange County Championships and 13th at State. However, don’t be surprised if any member of a talented group behind him jumps up to the elite ranks of Coach Craig Dunn’s squad.

Nick Smith is the new head coach for the girls team after a handful of years as a boys assistant coach. Smith is a Dana Hills alum and ran cross country under legendary head coach Tim Butler.

After years of ranking up the with boys team, the Dana Hills girls did take a small step back last season with a third place finish at League Finals, but the team still qualified for State. However, the Dolphins have plenty of returning experience.