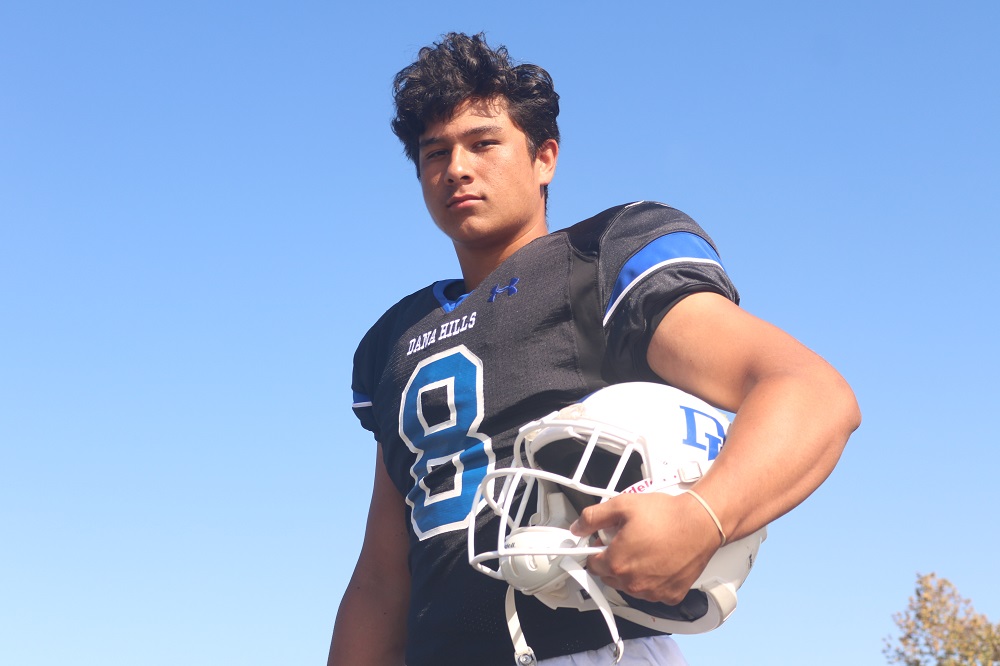 Saavedra takes over the reins of the new-look Dolphin offense. Going from the wing-T last season to the spread this season, Saavedra will be making different and higher-level reads, but he is quickly grasping the new concepts. At 6-foot-1, Saavedra has all of the tools to make the Dolphins fly.

Darr is the leader of the lineman group. Also taking on the new responsibilities of a new offense, Darr will command all new line calls in stride. At 5-foot-10, 240 lbs., Darr anchors the middle of the line and will also double on the defensive side of the ball.

Vallejo is listed at tackle, but he will play up and down the offensive line. Coach Phil Skinner said Vallejo is versatile and interchangeable, taking on the responsibility of learning every position up front. At 6-foot-1, 235 lbs., Vallejo helps solidify a strong group of linemen.

Gartlan will be showcased as a versatile athlete in the Dolphins’ new spread offense. Gartlan will play on the outside as a receiver and will also run the ball out of the backfield. At 5-foot-10, Gartlan will utilize his speed to gain the edge and move into the open field.

The name Bouvier will round out the offensive line with twin brothers Silas and Sebastian as bookends. Both standing 6-foot-1, 210 lbs., the Bouviers help bring chemistry to an offensive line that has come together as a unit over summer practices. Silas will also double on the defensive line.

Sword is another of the group of two-way lineman playing on defense and offense. Sword was a running back, but as a team player and one of the Dolphins’ physically strongest players, he filled a need on the line. Sword is 5-foot-8, 220 lbs. and picked up 16 tackles as junior.

Burlison was called a “blaster” by Coach Phil Skinner. Burlison is a big hitter in the secondary and was the No. 2 junior tackler for Dana Hills last season with 41 tackles. He’s another two-way player and will factor in big on offense as Saavedra’s favorite offensive target at receiver.

Boersma has the make-up of a prototypical defensive end. He’s a tall body at 6-foot-4 and has the length to control the edge of the defensive front. A strong defensive end is critical in the 4-3 defense that Dana Hills runs, and a smart, good hitter like Boersma takes the role.

Stock will be used all over the field for Dana Hills in all three phases of the game. Stock will stand in on defense at cornerback. On offense, he’ll line up outside as a receiver option. His biggest contribution will be as the team’s place-kicker with a 45-50 yard range.