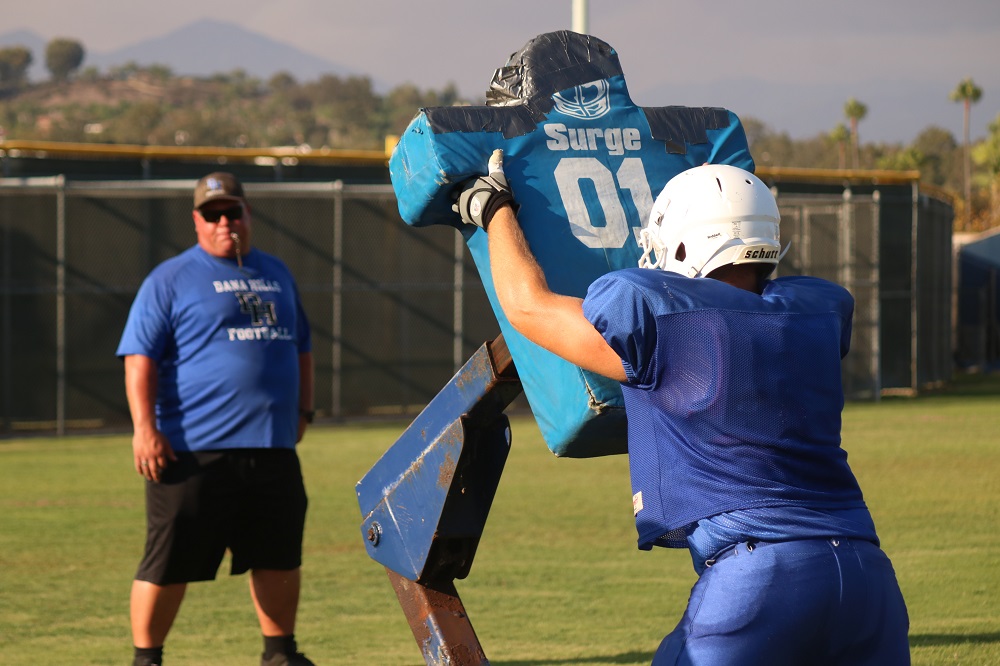 Los Amigos is 11-21 over the last three seasons, but things could be looking up for the Lobos with key players returning at major positions.

Brandon Tinoco returns as a senior quarterback who averaged 8.4 yards per completion as a junior with 811 total yards and just three touchdowns.

Lincoln of Los Angeles is coming off its worst season since 2004.

The Tigers allowed 30 points or more in each of their nine losses and scored a combined total of 32 points in those nine games with four shutouts. Lincoln’s lone win came over Los Angeles High School, who made the L.A. City Section playoffs but finished 1-10 overall.

The Tigers are a running team but lost their top two rushers.

Lincoln spread around quarterback reps last season, but Eric Alderete is the senior returner. Alderete completed 53 percent of his passes for 224 yards, two touchdowns and seven interceptions over nine games.

Saddleback went through a bit of a coaching carousel last season, but the ride stopped on Nick Diulio, who takes over for his first season this fall.

Saddleback split time between three quarterbacks last season, none of whom are listed on the current roster. The quarterbacks listed are senior David Ayala, junior Alex Soto and sophomore Juan Guerrero.

Laguna Beach was involved in a large league shift in Orange County, and this season, its football team moves into the newly formed Golden West Conference and its football-only Pac 4 League subdivision with Godinez, Ocean View and Western.

Irvine had a bounce-back campaign in 2017 after a pair of two-win seasons prior. Despite a third-place league finish, the Vaqueros did not make the playoffs, which gives Irvine a chip on its shoulder going into 2018.

The shot in the arm for the Vaqueros was quarterback Marc Filia, who complete just under 60 percent of his passes for 2,365 yards and 17 touchdowns as a junior. He also ran for four rushing touchdowns.

Ocean View started off 2017 strong with a 4-1 record and strong wins, but a tough campaign in a competitive Golden West League leveled things out for the Seahawks.

Ocean View played with a balanced offense with equal time to the run and pass. Quarterback Noah Hickman completed 59 percent of his passes for 1,489 yards and 15 touchdowns and ran for 373 yards and eight touchdowns.

The Seahawks did lose their 1,000-yard rusher to graduation as well as their top two receivers.

The Hawks were shut out twice in Sea View League play, including a 10-0 loss to Dana Hills and a 33-0 loss to rival Aliso Niguel. Laguna Hills also had a run in with hand, foot and mouth disease in the middle of the season that forced a game cancellation.

Matt Der Torossian takes over at quarterback and will have plenty of protection behind the 6-foot-6, 275-lbs. frame of Nolan Hegeduis.

Mitch Leigber got some offensive looks as a freshman and is a player to watch on kick and punt returns.

Trabuco Hills lost its final seven games to end last season on a sour note. It was a season full of injuries to top players for the Mustangs, so they welcome a restart in 2018.

Trabuco Hills will be helped by a return to the Sea View League after a winless South Coast League campaign.

The Mustangs will also get back their leading rusher in JC Montgomery. As a junior, Montgomery rushed for 208 yards in four games before taking an injury.

Quarterback Aidan Armstrong got plenty of playing time as a sophomore and should step into the top role.

Aliso Niguel finished in the dead center of the Sea View League last season and could be a team to challenge for the league title this time around.

The Wolverines had an explosive passing attack, and they return their signal-caller in senior Kyle Robertson. Robertson completed nearly 63 percent of his passes for 2,330 yards and 25 touchdowns.

Aliso Niguel did lose their top receiver to graduation, Tyler Jones, and will need to find ways to recoup his 1,457 receiving yards.

The Wolvers will also look to fill the holes of their leading rusher and top-two tacklers from a season ago.

San Juan Hills comes down from the South Coast League, and in coach Rob Frith’s first season, the Stallions are expected to compete for the league title.

San Juan Hills’ can’t miss player is all-beef in four-star tackle Sean Rhyan. The 6-foot-5, 300-lbs. senior has 14 college offers and will command the line of scrimmage for the Stallions.

Rhyan will be protecting for junior quarterback Jake Carreon. A transfer from Mira Costa, Carreon will helm the up-tempo spread offense implemented by Frith.