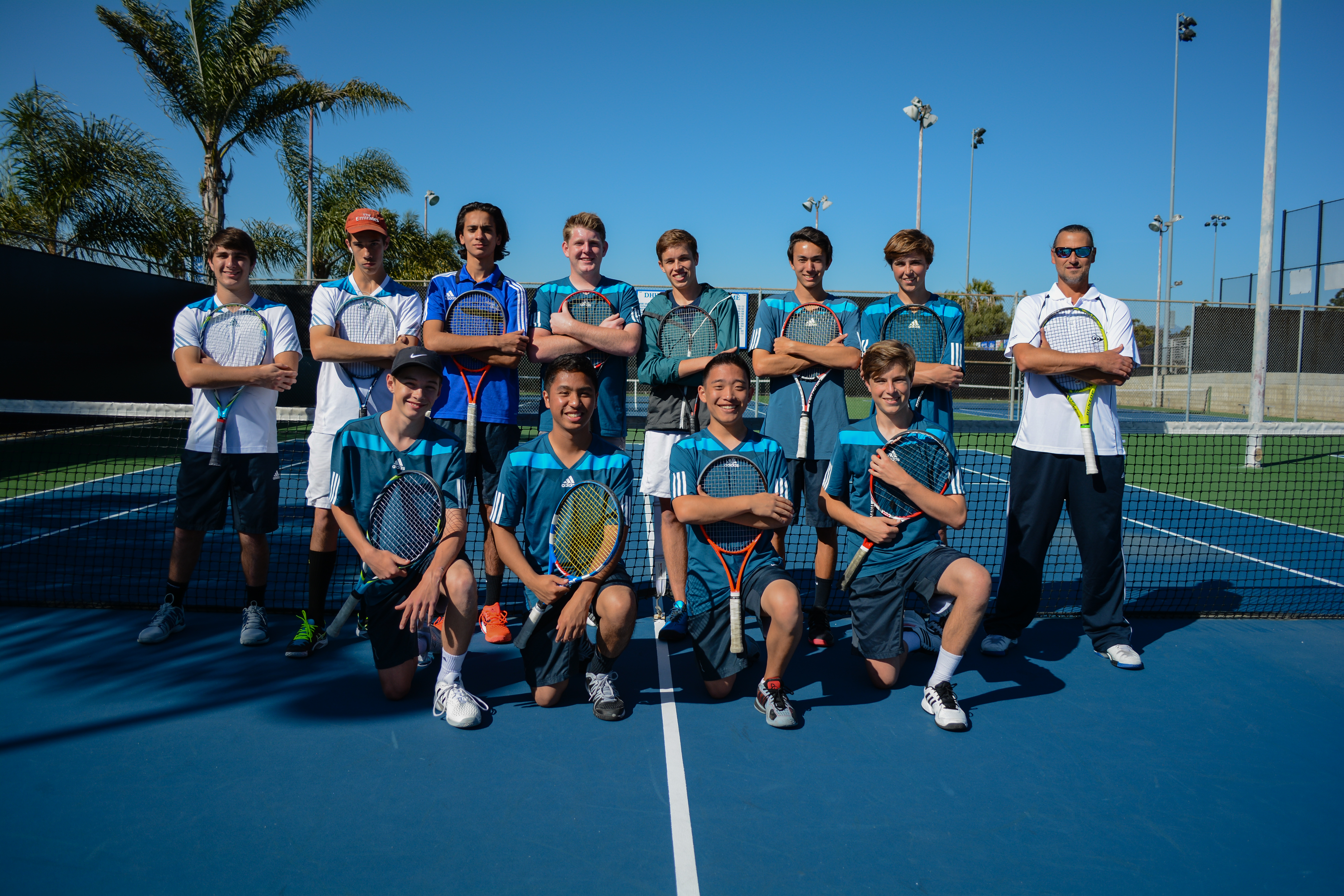 The 2015 prep sports spring season is on the horizon. In our annual preview, we get you caught up on all the Dana Hills High School spring sports programs as they head into the new year.

Make sure to follow us on Twitter @SouthOCsports for in-game updates, stories, scores, news and more for all of the Dolphin teams.

Last Season: Dana Hills won the South Coast League and advanced to the quarterfinals of the playoffs.

Outlook: The Dana Hills baseball team is coming off an historic season that set a school record in wins (26) and earned the team an appearance in the quarterfinals of the CIF-SS Division 2 playoffs. Following all of that success, the Dolphins were promoted to Division 1, where they feel they belong.

Dana Hills returns a solid core of players and, according to head coach Tom Faris, it all starts with senior shortstop and Cal Poly San Luis Obispo commit Luke Williams. Williams batted .326, scored a team-high 36 runs and stole 26 bases in 2014. According to Faris, Williams is the tone setter in the dugout and on the field and epitomizes the aggressive style of play the Dolphins have made their trademark.

The Dolphins stole 74 bases last year and Faris expects that trend to continue into the new season.

Dana Hills has had a busy preseason and will play a daunting schedule that includes their return back into the South Coast League.

“These guys are battle tested. I don’t think they care who they play. Being in the South Coast League … moving up is good and being back in Division 1 is where we want to be and I think we can play there,” Faris said.

Outlook: Coming off of a strong cross country season, the Dana Hills boys track and field distance team will be a force to be reckoned with in 2015. Juniors Jake Ogden and Mason Coppi both had standout cross country seasons and will headline the group of 800, 1-mile and 2-mile runners for the Dolphins.

Ogden placed fifth at the CIF State Championships in the 2-mile last season, clocking in at 8:59, and will focus on the mile races and possibly be in the mix for a spot on the Dolphins 4×400-meter relay team, according to head coach Craig Dunn.

Throwers Chris McDermott and Nash Parker are already clearing the 150-foot threshold in the discus and Dunn says Parker is aiming to throw over 50 feet in the shot put.

“We’ve got a good balanced team again,” Dunn said. “This is the most dedicated team we’ve had in the offseason in a long time in terms of how many athletes are working out in September, October … we’re excited about the season but you have to work hard and stay healthy.”

Outlook: The Dana Hills girls track and field team took a hit to graduation but return depth in the distance, pole vault and several field events that should keep them in contention for a ninth straight South Coast League title in 2015.

Claire Kao and Ella Hampton return to form a top tandem in the pole vault. Head coach Ryan Crane expects both Kao and Hampton to qualify for the CIF Masters Meet and possibly state.

Sophomore Kathryn Kaloroumakis, who qualified for the CIF State cross country meet as an individual, and junior Sienna Serrao will be among the Dolphins top distance runners.

Although they won the league title last year, the Dolphins failed to score a point in the long and high jumps at the league finals, and the team has been searching for depth in those events.

Yale commit Evelyn Roberts and Joy McArthur will provide points in the throws.

Last Season: The Dolphins tied for a share of the South Coast League title.

Outlook: When first-year head coach Glenn Forster and the Dana Hills boys golf team sat down to talk about their goals for the upcoming season, the group did not hesitate to talk about aiming high. The Dolphins return almost all of their top-6 players and are eyeing a second straight South Coast League title and a postseason berth.

“This is going to be a great year for us. We have a really solid team and we have high expectations,” Forster said. “All of these guys have been playing a lot of tournaments since last summer, even before that. They’ve been really getting their skills down.”

Junior Clay Feagler has been on a tear in preseason and recently won a tournament at Talega Golf Club in San Clemente after carding scores of 69 (-3) and 72 (E), according to Forster. As of Feb. 24, Feagler held a 34.5 nine-hole scoring average. Junior Tanner Podres (38.1) and Matt Fry (37.6) round out the top of the rotation.

Outlook: Dana Hills boys lacrosse head coach Chris Iltis said that when teams square off against the Dolphins this year, they’ll be in for a physical battle.

The Dolphins have built an identity around an aggressive, hard-hitting style of play, especially on defense. Returning defenders Cade Norland, Matt Schultz and Sean Colvin will set the tone for the back line, according to Iltis, which is anchored by senior goalie Jake Harris.

“We like to be physical. We have a lot of just straight athletes,” Iltis said. “We’re really aggressive on defense. There are some teams that don’t want to play us because of how aggressive we are.”

An influx of football players and basketball players to the roster have added an extra physical edge to this year’s group.

On attack, the Dolphins will be led by senior Logan Perry, who Iltis said has around a 95-mph shot.

The team got their first taste of competition in mid-February, when they traveled to play in a tournament in Santa Barbara. The team went 1-4 overall at the tournament, but head coach Dori Campbell liked what she saw in the early going playing against club teams who have spent the entire year training.

“We did well. The team transitioned well and is working on building communication,” Campbell said. “We’ve done goal setting this year so each time they hit the field there’s intentionality.”

Last Season: The Dolphins placed second in league and advanced to the quarterfinals of the playoffs.

Outlook: The 2015 version of the Dana Hills boys volleyball team will look quite different than in years past. The Dolphins return a healthy number of starters, but lost a bit of height, which has made for a ball control-oriented approach.

In recent years, the Dolphins had a few big standout outside hitters who could side out and control a game. This year, head coach Oz Simmons said his roster has a different makeup.

“We probably have a team of six liberos … It is a little bit of a different team,” Simmons said. “It’s a nice core to have. We’re probably a little bit small on both the left and right side but we have size in the middle … we’re going to need a lot of ball control.”

Veteran outside hitters Grady Yould and Teddy Fitzgerald are the type of two-way players that will keep the Dolphins system flowing. Simmons said both can hit at the net and fall back to play defense.

With former standout Eric Matheis off at UCLA playing setter, the Dolphins will likely use a combination of Nick Karnazes and Nathan Simpson at the spot.

Senior Cal State University East Bay commit Cassidy Humphrey currently holds four records at Dana Hills and will look to set new career-high marks in a host of events, including the 100 butterfly and the 100 and 50 freestyle.

Junior Kathryn Querner holds the school record in the 100-meter breast stroke and will be a part of the team’s medley relay.

The Dolphins will be busy in the month of March and are slated to compete in one to two meets per week in order to get reps in before hitting South Coast League play.

Outlook: A host of underclassmen have already made a big impression on the Dana Hills boys swim team in the opening weeks of the season.

Freshman Owen Kao recently posted a time of 4:28 in the 500 freestyle and will add the 200 to his repertoire during the season. Head coach Matt Rosa believes Kao is one of the best freshman swimmers in the county.

Sophomore Trent Pellini is one of the team’s top breaststroke swimmers and will be a part of the individual medley squad.

Junior Michael Smith will form a top duo with Kao in the 500 freestyle. Smith also posted a time of 4:28 in the 500 earlier this year, making the Dolphins distance unit a formidable one.

“I have two guys on the team that went 4:28. You don’t see too many teams with two guys with sub-4:30 … so in distance events we’re really going to be strong this year,” Rosa said.

Last Season: The Dolphins finished second in league and advanced to the second round of the playoffs.

Outlook: Opposing teams are going to have a hard time keeping the top of the Dana Hills softball team’s batting order off the base paths this season. The Dolphins lost seven seniors to graduation, but return several key players who excel at reaching base at a high clip.

Senior Madison Killebrew (.523 on-base percentage), Frankie Tago (.519) and Sami Williams (.368) return for the Dolphins, who finished second in the South Coast League in 2014. All three players proved to be tough outs last season, combining for only 30 strikeouts in 259 plate appearances.

The trio will also play a crucial role for the team on defense at key spots. Killebrew, Tago and Williams will man their positions at shortstop, third base and second base, respectively, according to head coach Brandon Cosenza.

The Dolphins graduated both of their starting pitchers this offseason. Sophomores Carlee Russo and Serafine Parrish will be the Dolphins pitching duo this year.

Outlook: With less than two months before the start of the season the Dolphins boys tennis team was without a head coach and dangerously close to forfeiting the entire 2015 season. Parents of players on the team approached Mike Stone, a private tennis coach, who worked with a few of the boys on the team outside of school, and asked him to take over as head coach. Stone agreed and with a month to go before their first match, began the long process of evaluating the players in the program.

“There is a lot of talent throughout this program,” Stone said. “Corey [Stephens] is a well-rounded and naturally gifted doubles player, [Tyler] Bloom is immensely talented on the singles side, and our big power hitter will be Aaron Lindsey.”