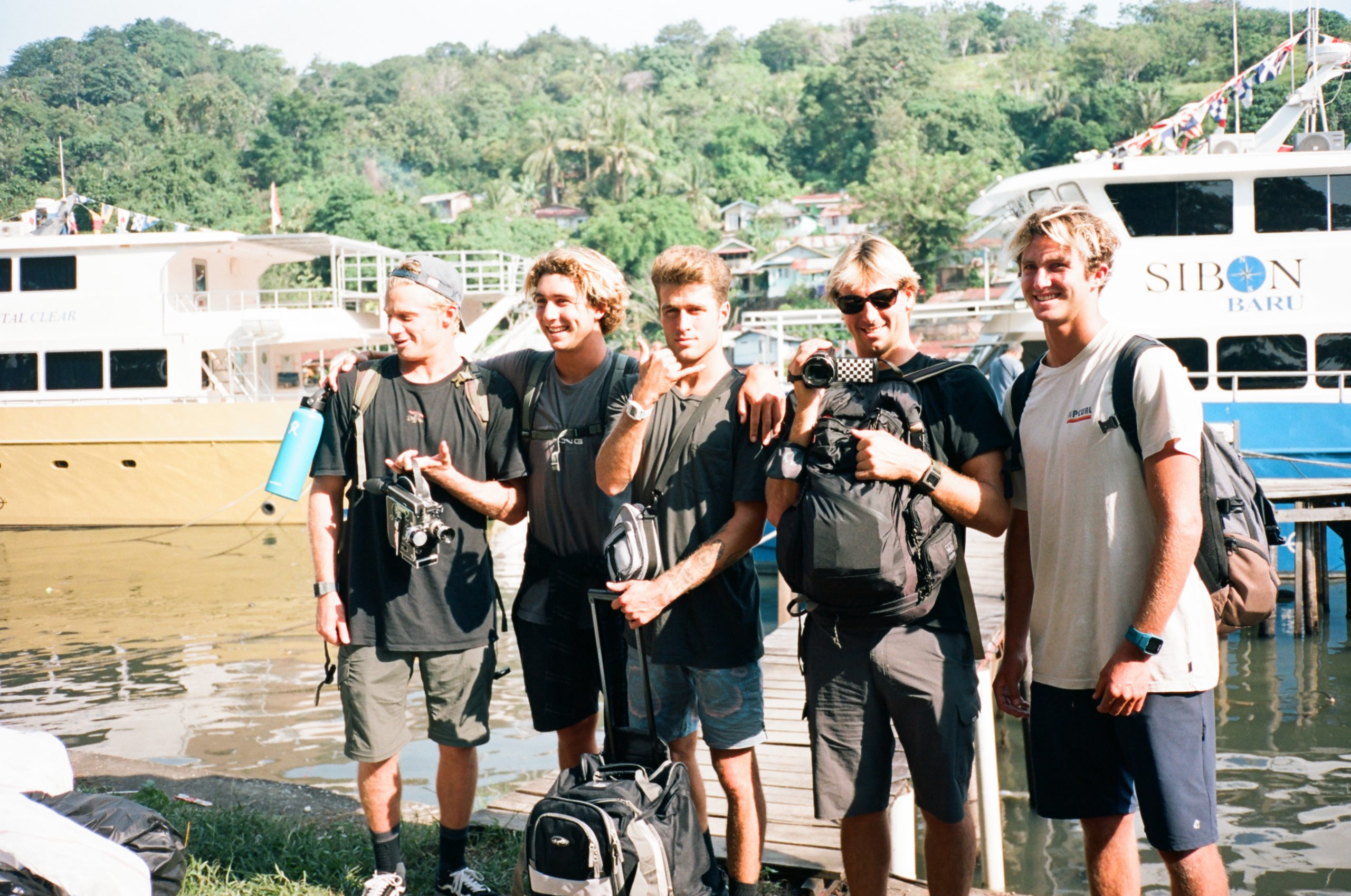 2 Surf Books You Need for Your Library

Just like surfing, never stop reading. There’s always something to learn if you just open a book every once in a while.

There are certainly plenty of books about surfing out there to get you started. Someday, I’ll rattle off a Top 10 list here, but right now, we’re taking a deep dive into two new tomes that are being celebrated in our community this week.

First up is the special release of The Last Crusade. Produced and published by Kolohe Andino and his crew at Reckless Isolation, it is billed as “a surfing odyssey of biblical proportions.”

Detailing a 2020 trip to Indonesia that Andino, Griffin and Crosby Colapinto, Ian Crane and Luke Davis took while the rest of the world was in COVID-19 lockdown, the book is nearly 300 pages of photos, hand-drawn maps, illustrations and well-written surf stories that are sure to fire you up to go and chase the horizon.

Based on the film Reckless Isolation, which was released in October 2021, principal photography for The Last Crusade was provided by master lensman Nathan Lawrence, while local artist Roy Gonzalez provided his artistic sensibilities to the package.

Upping the ante, they’ve made 200 collector’s edition copies with special hard cover slips featuring the artwork of Em Steel. (They may or may not be sold out by the time you read this; they’re going fast.)

“In the face of relentless logistic, social and political roadblocks, they were the first international surfers to enter Indonesia, just in time for a relentless run of swell and score some of the best surf ever seen in the Mentawai Islands,” explains Lost’s Matt Biolos, who has been a huge supporter of the project.

The global book launch will take place at the Catalyst surf shop in San Clemente on Friday, March 18, from 6-9 p.m. Andino and the fabulous Colapinto brothers will be on hand to sign copies. There will also be food, drinks and entertainment to keep the party rolling.

The following evening, on Saturday, March 19, from 5-7 p.m., the Surfing Heritage and Culture Center in San Clemente will host action sports personality Selema Masekela, who will be on hand signing copies of the recently released book AfroSurf.

A survey and study of the rise of modern African surfing produced and published by Mami Wata, an original African surf brand, it is an inspiring and eye-opening look at the joy and stoke surfing brings to communities around the world.

The evening will coincide with the opening of a new exhibit that also celebrates the rise of African surf culture. The exhibit will feature images from AfroSurf, artifacts such as surfboards ridden by African surf star and Vans team rider Mikey February, as well as video displays of February and other surf communities throughout Africa.

Full transparency, I’ve been playing a role in curating this exhibit and planning the book signing. I’ve had the good fortune to work with Masekela throughout the years and am excited to see this all come to fruition.

The emergence of a surf culture that is purely African in its style, customs and stoke is really exciting and a beacon of positivity, especially considering that it was less than 30 years ago that Apartheid rule kept most Black Africans from even stepping foot on the beach.

As a guy who started his career at a surf magazine, print and the written word are hugely important to me. This week, you can help keep print alive and support surf publishing by attending either of these rad book signings. I plan on being at both; hopefully, I’ll see you there.