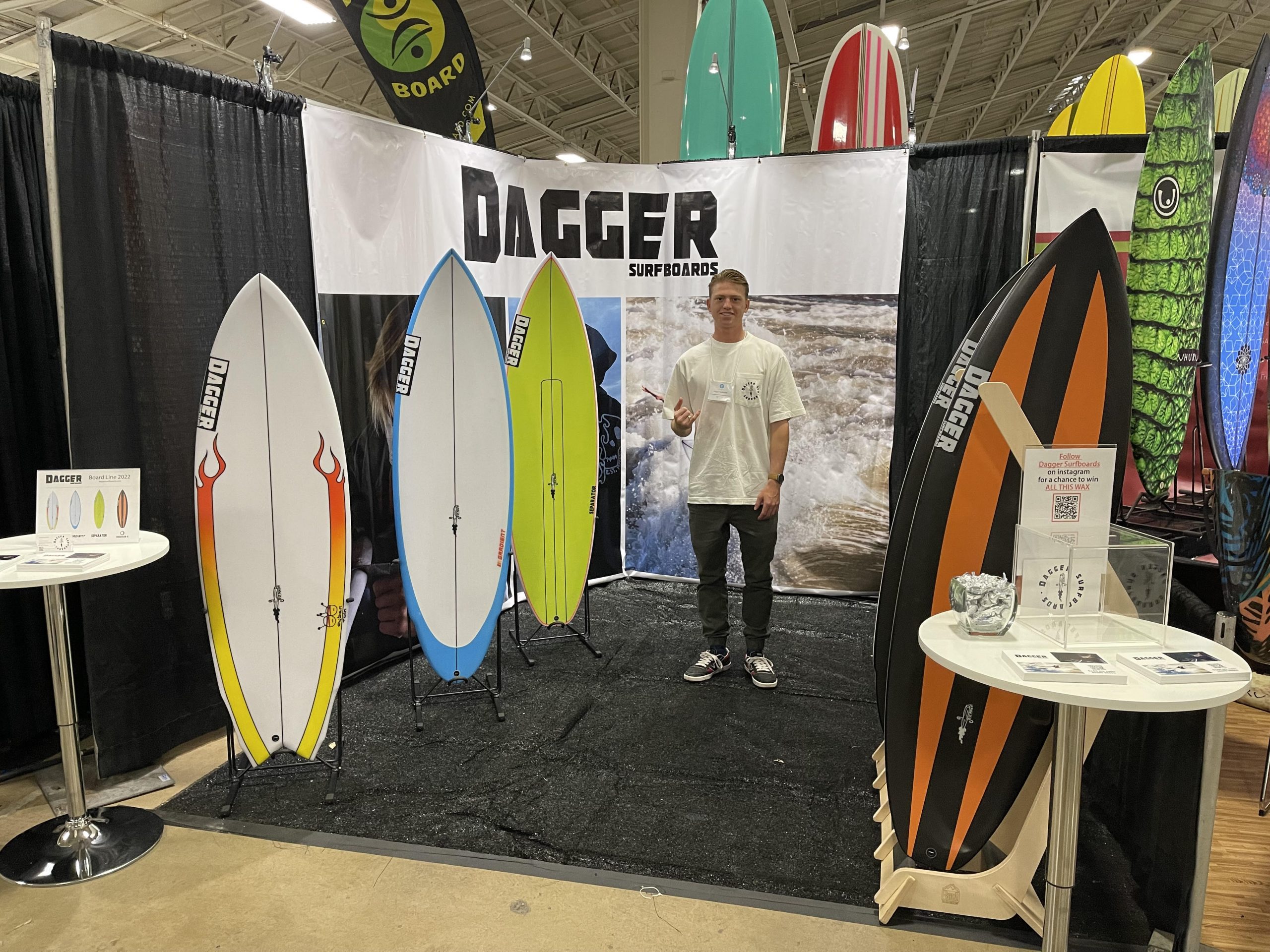 The high art of building surfboards has always been a generational thing. Even going all the way back to the early Polynesians, the craft was passed down from one generation to the next.

In contemporary times, luminary shapers such as Dale Velzy and Joe Quigg paved the way for the high-performance blades we see in the water today. Which gets us to 19-year-old Justin den Dulk and his new brand, Dagger Surfboards.

Inspired by the work of Australian shaper Daniel Thompson and his futuristic shapes—which are rooted in the design theories of iconic experimenters Bob Simmons and George Greenough—den Dulk was hooked after shaping his first board.

“I shaped my first board when I was 14 and knew this is what I had to do,” den Dulk told the San Clemente Times last week.

From there, one board led to the next, as den Dulk began to learn his ways around the shaping bay. Some lessons were harder than others.

“I left the tools out and didn’t clean up at Bashum’s once, and that was it; I was clipped after that,” den Dulk says, laughing. “That’s how you learn.”

Undeterred, den Dulk set about building his own crude shaping bay in his backyard and kept working toward his dream.

“I’d make a board, try it out, then sell it at Used Surf, so I could afford my next blank and keep on progressing,” he explains.

There’s no shortage of trade secrets when it comes to making surfboards, and while a lot of them remain closely guarded, den Dulk found a few salty old dogs in San Clemente’s Surf Ghetto to take him under their wing.

He credits Chris Slick and Eric Rumaner with helping him learn the ins and outs of the surfboard production process. And most recently, he’s been fine-tuning his designs under the watchful eye of Hamish Graham.

“I really thought it was important to learn how a surfboard is made from beginning to end,” den Dulk explains. “So not only do I shape my boards, but I’ve learned how to laminate and glass them, as well. It’s such an important part of the process and gives me complete control.”

After shaping a few dozen boards, den Dulk decided it was time to launch his own brand.

“One day, my dad and I were talking, and ‘dagger’ is a rough translation from my last name, which is Dutch, and people are always talking about surfboards as ‘blades,’ so we thought it had a good ring and went with it,” den Dulk says.

Of course, it’s one thing to have a name, and another thing entirely to launch a brand. Den Dulk leaned into his knack for graphic design to help with the logos and the company website.

He also launched a window washing company in Anaheim to generate some seed money so he could afford more surfboard blanks, a new van and all the other costs that come along with starting one’s own business.

“I wasn’t really there to take orders or anything; I just wanted to be there to show what I’ve been doing and figured that was a great place to get started,” he says.

And now that Dagger Surfboards is officially open for business, den Dulk couldn’t be more excited about what the future has in store. Focusing on high-performance shortboards, he’s also keen to pay it forward and help the area’s groms get on boards that work for them.

He’s already got a few orders and will surely keep building momentum as more people learn about what he’s up to.

“It’s taken a lot of work to get here, but this is what I’ve always wanted to do,” den Dulk says. “Shaping surfboards, being able to bring joy to people’s lives through that, I’m so lucky to be able to do this all. I’ve appreciated every second of it, even when things were tough and I was just starting out. I’m literally shaping my dreams.”