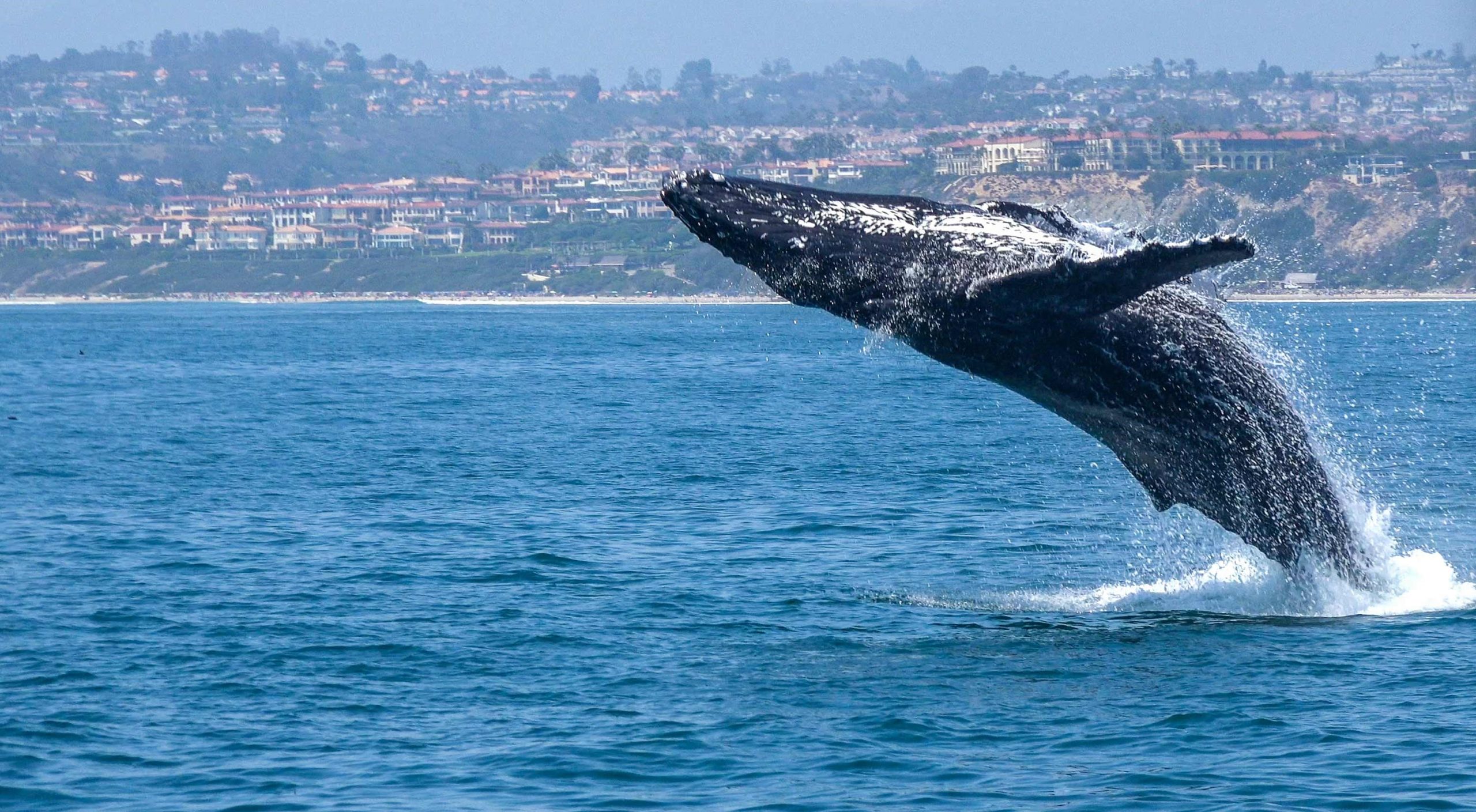 Dana Point is a candidate to be named a Whale Heritage Site, as established by the World Cetacean Alliance (WCA).

A Whale Heritage Site is defined as an “outstanding location where cetaceans (whales, dolphins, or porpoises) are embraced through the cultural, economic, social, and political lives of associated communities, and where people and cetaceans coexist in an authentic and respectful way,” according to a Dana Point Whale Watching Company press release.

Donna Kalez and Gisele Anderson, co-directors of the Dana Point Whale Watching Company, began the application process earlier this year after having successfully trademarked Dana Point as “The Dolphin & Whale Watching Capital of the World” in 2019.

“To have Dana Point recognized by the World as a Whale Heritage Site is a dream and has been a goal of mine for some time,” Kalez said. “Dana Point has long been an incredible destination to watch and learn about whales and dolphins, and now we want the world to know.”

Kalez says the criteria for acceptance are rigorous, with a focus on protection, sustainability, education, research, public access and awareness, as well as requiring a community effort that seeks to further the purpose of a Whale Heritage Site.

“Being the first Whale Heritage Site in North America would be an amazing accomplishment and serve to further bring Dana Point and the whales and dolphins that live and visit here the recognition they deserve, as well as send a message to the world that Dana Point is also a place that protects and responsibly watches cetaceans,” Anderson said.

Kalez and Anderson say they have reached out to stakeholders who were supportive during the trademarking process and have invited them to be part of the steering committee that is comprised of community leaders, academia, government representatives and local nonprofits.

There are currently eight WHS candidate destinations from around the world, Dana Point included. The World Cetacean Alliance states that “each site is unique, providing and contributing in different ways to the criteria for becoming certified. During this process, the sites have been receiving a wealth of tailored support from the WCA to aid them in achieving their goal of certification as a world class whale or dolphin watching destination.”

The International Committee that reviews each site’s application will be meeting later this month, and decisions are expected to be reached by the year’s end.